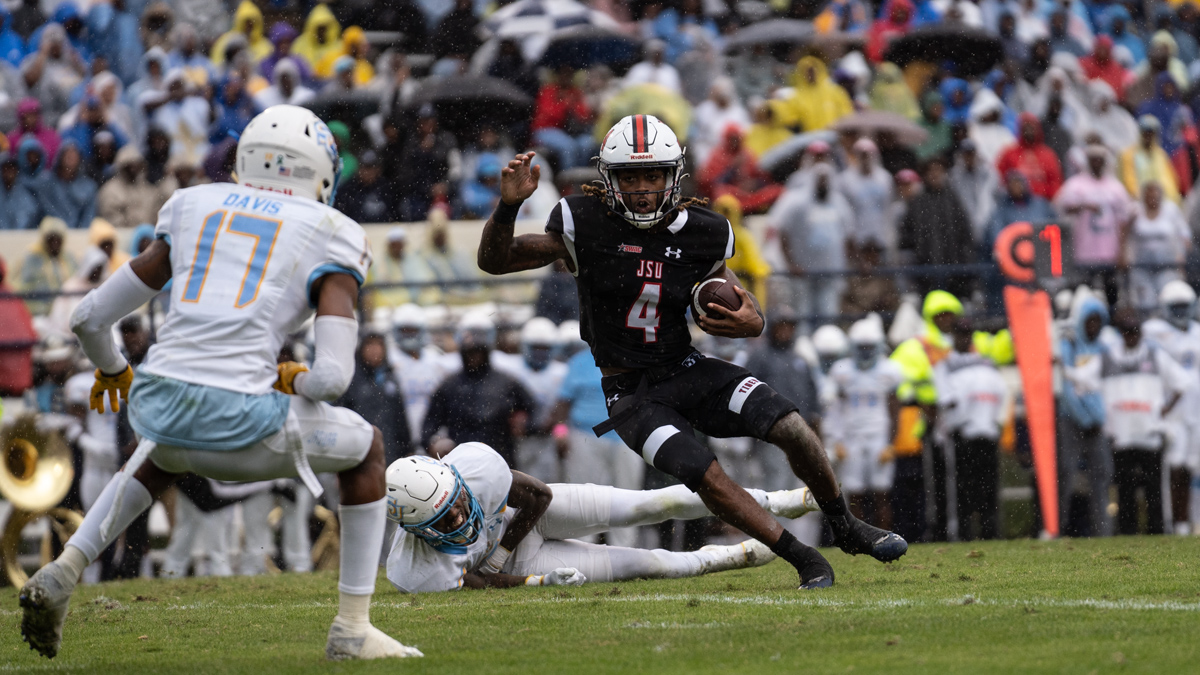 Jackson State was easy, but the rest of the HBCU FCS top 10 has been chaotic

Jackson State has been the top HBCU football team at the FCS level all along. The rest of the field hasn’t been as sturdy.

After ten weeks of the HBCU football season, Jackson State has proven to be who we thought they were. The rest of the HBCUs in the football championship subdivision haven’t proven as easy to pin down.

Jackson State was the staff’s pick as no. 1 in the preseason and at 9-0, that pick looks as solid as can be. JSU is one win away from clinching the SWAC East title and hosting the SWAC West champion at Mississippi Veteran’s Memorial Stadium for the second year in a row.

Our no. 2 for this week, and much of the season, was a team we left out of our inaugural top 10. Only our Wali Pitt picked NCCU in his top 10 and head coach Trei Oliver let us know about it at MEAC Media Day. His team has proven that prognostication wrong many times over.

FAMU started out as no. 2 on our list and after nearly falling off after being slaughtered by Jackson State, it is back in the second place status for more than a few of our voters.

North Carolina A&T was ranked no. 7 to start the season after an uneven first season in the Big South. It has recovered from an 0-3 start to win six games in a row and is the front-runner for the Big South crown.

Like NCCU, Alabama State was nowhere to be found on our list heading into the season. New head coach Eddie Robinson Jr. has his program looking like one on the rise as they prep to take on FAMU on Saturday.

Prairie View started the season at no. 9 and has found itself in the top five for much of the season.

Texas Southern received no votes at all back in June, but it has surprised us as well as many followers of HBCU football.

We had Southern listed at no. 4 to start the season. They’ve spent a good bit of the season in the top five, but back-to-back loses to JSU and FAMU, as well as a lost to Texas Southern have them on the back end of the top 10.

Delaware State is like the Texas Southern of the MEAC. They’ve kept it interesting and knocked off some teams who we thought to be contenders.

Alcorn State started the season at no. 8, but an October slump has it bringing up the rear in November.

Jackson State was easy, but the rest of the HBCU FCS top 10 has been chaotic