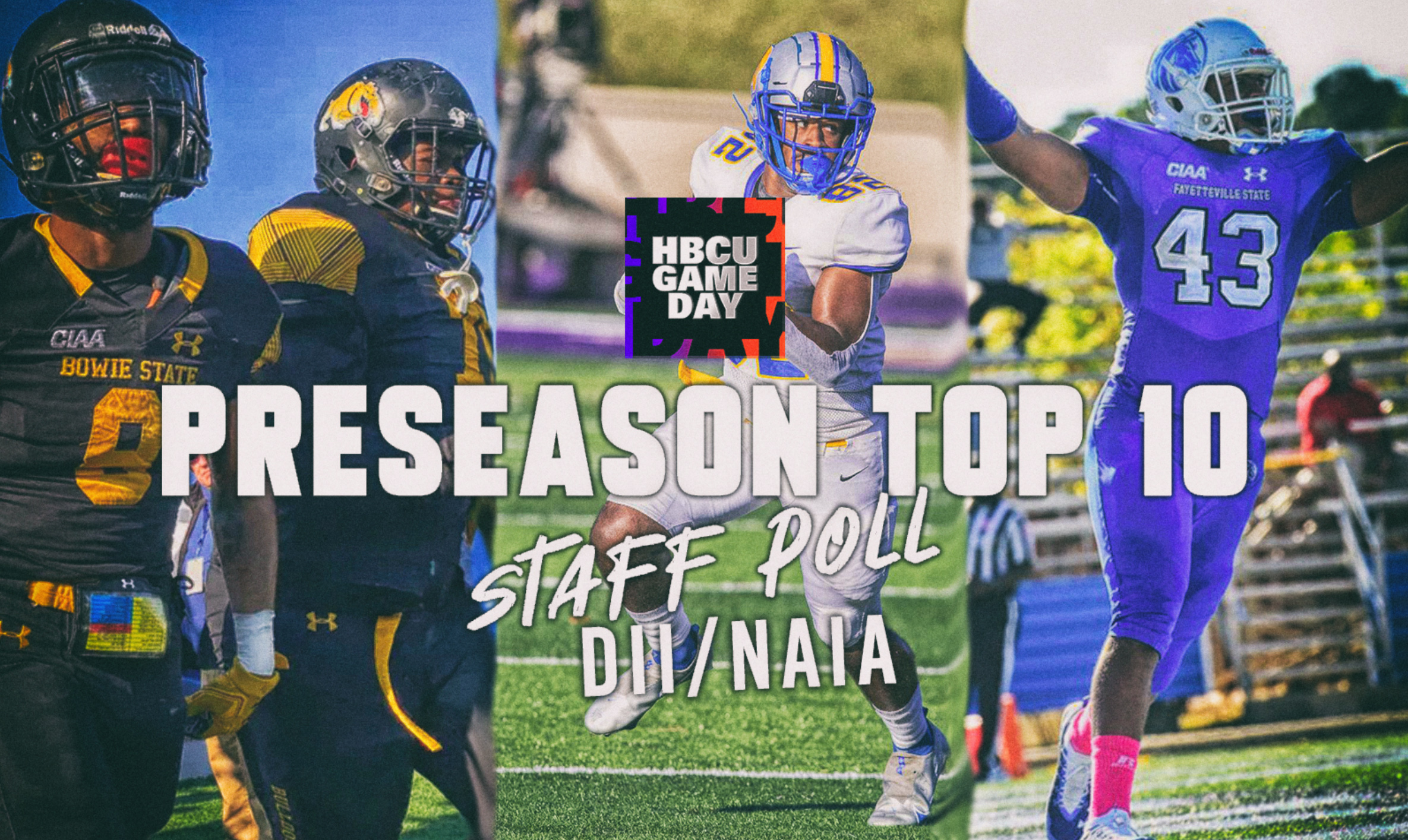 HBCU Football polls go back at least 100 years, to the 1920s. HBCU Gameday hasn’t been around that long — we’re celebrating our 10th anniversary this month — but we have had some skin in the game for a minute now.

Without going too long, HBCU Gameday is introducing its inaugural staff polls for FCS and Division II/NAIA HBCU Football. Our polls will come out weekly throughout the season as we watch and vote.

The FCS poll results can be found here.

Without further ado, here is the inaugural HBCU Gameday Preseason D2 HBCU Football poll as voted on by our staff.

10. Lane College
Lane showed its teeth early in the 2021 season but the Dragons soon ran out of fuel. Can it maintain it and make its move this year?

9. Kentucky State
Kentucky State had some moments in 2021, but it will be heading into 2022 with a new head coach.

8. Benedict College
Benedict made some strides under Chennis Berry last year, so some expect them to be the top challenger to Albany State in the SIAC East.

7. Tuskegee
The Reginald Ruffin Show is here for a good time, but not a long time. Will it be enough to get the Golden Tigers back in the hunt?

6. Savannah State
Savannah State is starting over with a new head coach and has seen an exodus of many of its key players.

5. Miles College
Reginald Ruffin has left the building, and headed down the street. Can Miles still keep the West on lock?

T-4. Va. Union
Virginia Union has been waiting in the wings of the CIAA North for nearly a decade. If not now — when?

2. Bowie State (Two first-place votes)
Bowie State has undergone massive change since last season. From its head coach to its defensive coordinator to many of its top players. All eyes are now on Prince George’s County.

1. Fayetteville State (Two first-place votes)
Fayetteville State has been the bridesmaid in the CIAA for the last half-decade. Is this the year it finally breaks through and claims the big prize?  At least two of our voters think so.