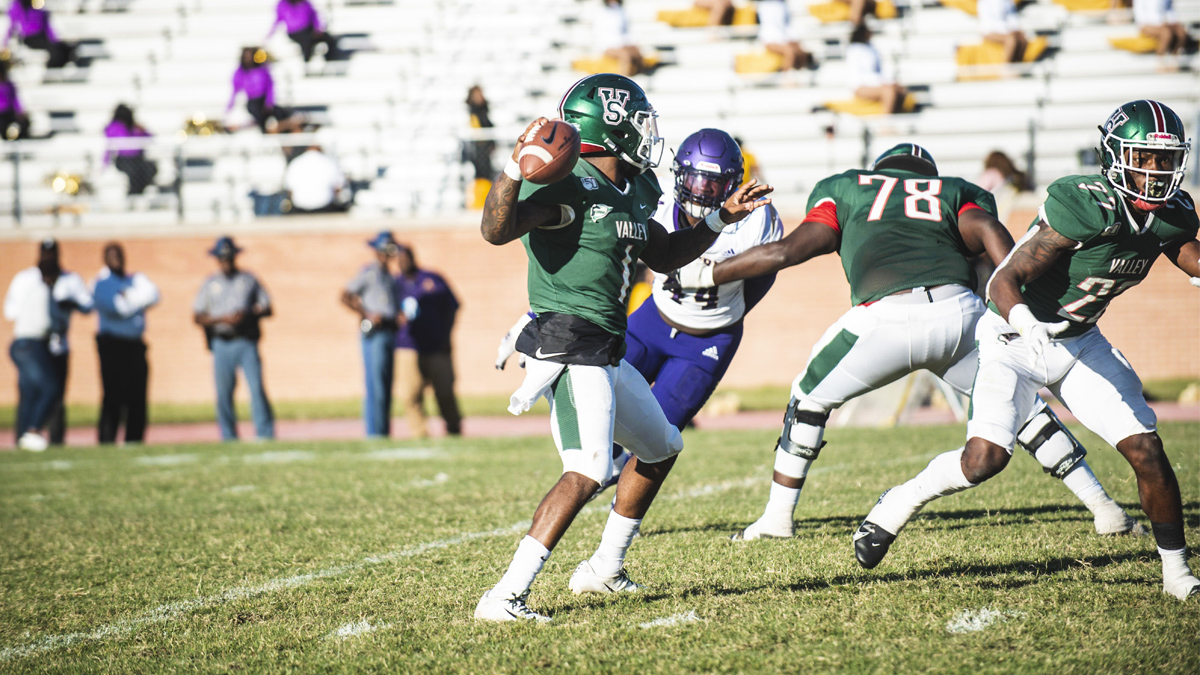 Mississippi Valley finally found its way into the win column by knocking off Alabama A&M on Thursday.

After two months of bumping its head against the wall, Mississippi Valley State finally broke into the win column on Thursday night.

MSVS’s offense came alive and its defense was solid as it took down Alabama A&M 30-20 in front of a national TV audience from Itta Bena.

Quarterback Jelani Eason led the way with three touchdowns as he returned from injury. He completed  15 passes for 177 pass yards and also finished with 64 rush yards and 111.1 quarterback rating.

The first score for Valley came on a seven-play, 57-yard drive culminating in a three-yard touchdown grab by Cameron Gardner to make it 7-0 at the 3:45 mark.

AAMU would eventually respond with a scoring drive that would see it go 80-yards in just four plays and a minute and a half with the big blow being a 56-yard strike from redshirt-sophomore quarterback Quincy Casey to tie the game.

Eason came back with a six-play, 55-yard drive with an 18-yard completion to Jacory Rankin and a 21-yard score to Rankin, as Valley would retake the lead with 8:52 left in the second quarter. It would control the game the rest of the way, coming up with the win.

The Delta Devils run game was working as well, as they rushed for 210 yards against the Bulldogs.

Mississippi Valley also got three field goals from Orlando Fernandez, including a 48-yarder. He also pumped out a 50-yard punt in the win.