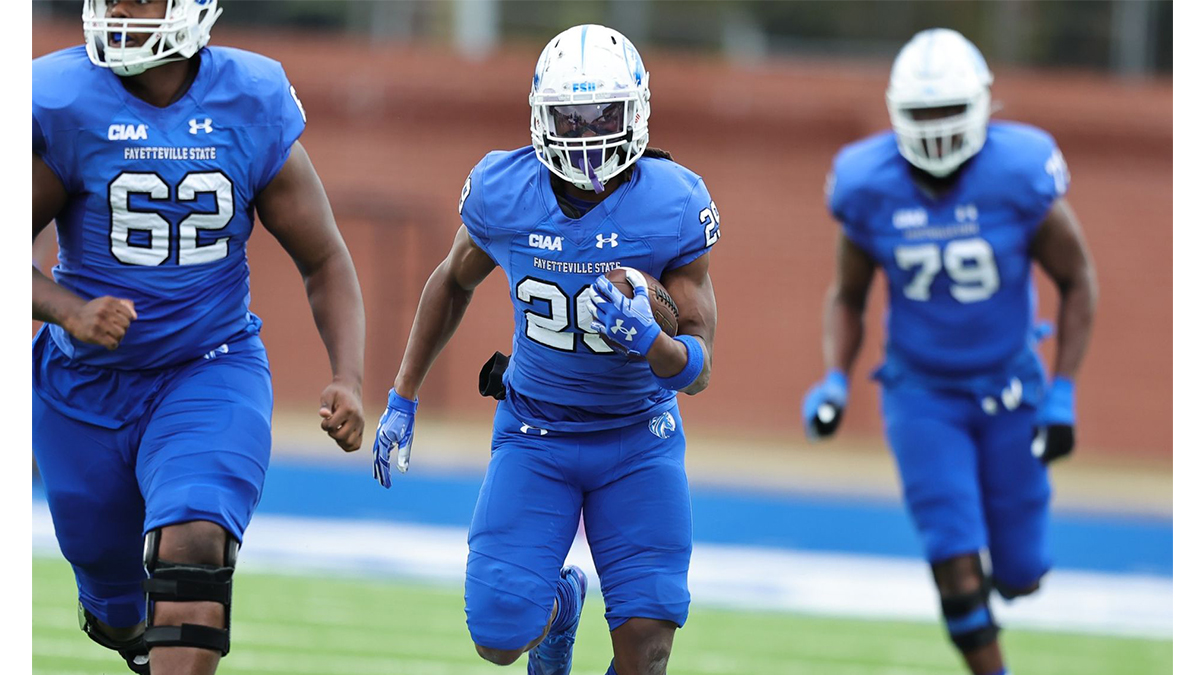 Fayetteville State was one of three HBCU Div. II teams to clinch berths in conference championship games next week. After closing out the regular season at Winston-Salem State Saturday, the Broncos will face either Chowan or Virginia Union in the Nov. 12 CIAA Championship Game in Salem, Va.

This week’s HBCU Football Rundown focuses on three teams that won games Saturday that clinched berths in their respective conference championship games coming up on Nov. 12.

One team did not.

By virtue of winning the East title, the Tigers of second-year head coach Chennis Berry will host the Nov. 12 SIAC Championship Game on campus in Columbia, S. C.

SIAC: Plenty to play for at season’s end

Benedict, up to No. 12 in the d2football.com poll and ninth in the AFCA Div. II Coaches Poll, closes with a date vs. Allen (1-6, 0-5 E). The game is set for the Yellow Jackets home field at Westwood High School in Blythewood, S. C.

Tuskegee, has its traditional season-ending date vs. Miles (1-8, 1-5 W) in the Golden Tigers’ homecoming.

Next door neighbors Morehouse and Clark Atlanta close out their seasons Saturday at the Maroon Tigers’ B. T. Harvey Stadium (2 p.m.). Morehouse (0-9, 0-6 E) will be trying to avoid its first winless season since an 0-11 finish in 1999.

In the CIAA, Fayetteville State and head coach Richard Hayes Jr., clinched their fifth straight South Division crown with a 28-20 win over Shaw. They have to wait another week to find out their opponent in the Nov. 12 CIAA title game in Salem, Va.

That’s because previously undefeated and nationally-ranked North Division leader Virginia Union lost its bid to win the N. Div. on its home field Saturday to Chowan, 26-21. That outcome means the N. Div. title will be decided this week.

The North Division title will be determined on the final Saturday of the regular season in one of three ways.

If both Chowan and VUU lose, Chowan takes the division title and championship game berth by virtue of its head-to-head win over VUU.

The results of games Saturday and over the next two weeks will have a bearing on which teams from the NCAA Div. II Super Region Two make the seven-team playoff field.

Fayetteville State closes out its regular season with a date at Winston-Salem State ((3-5, 3-3 W) Saturday (4 p.m.). Heading into action this week, Virginia Union is fifth in the region and Fayetteville State is tenth.