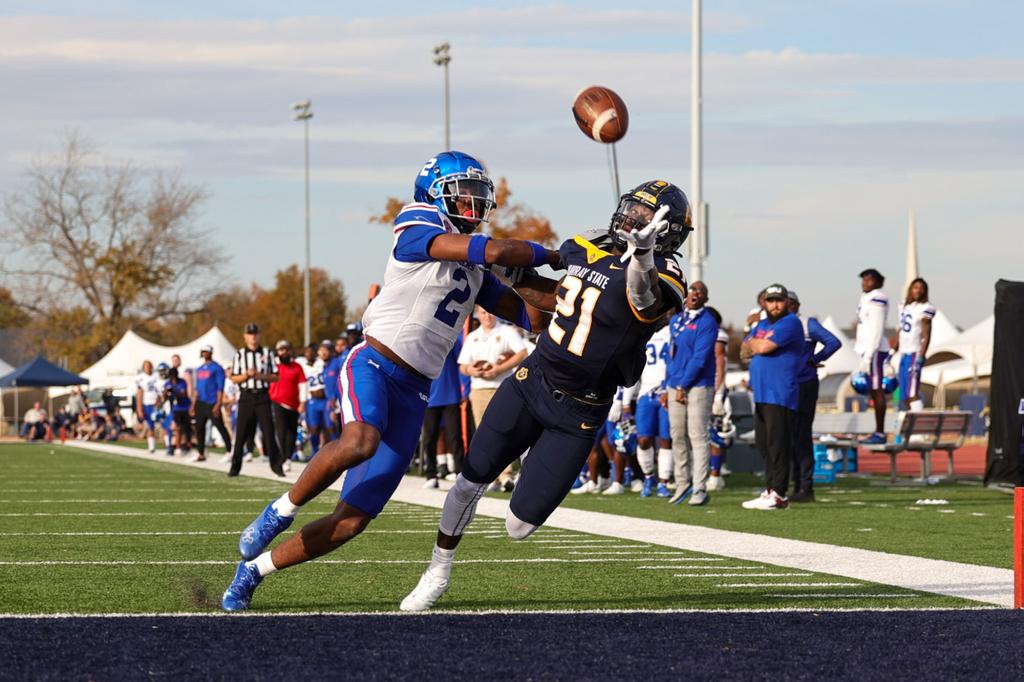 After losing against Tennessee State the last time they met, Murray State finally got their revenge on Saturday afternoon.

After losing against Tennessee State the last time they met, Murray St. finally got their revenge on Saturday afternoon, winning 19-3.

Cortezz Jones had a big day for Murray State, accumulating 88 yards on the ground. The Racers put an emphasis on valuing the ball, as they did not commit any turnovers all game. The Racers’ defense was also solid, particularly against the run. They limited the Tennessee State running backs to just 2.8 yards per rush.

Tennessee State had trouble converting drives into points, opting for seven punts. They also struggled to take drives all the way to the endzone, with all of their points coming from field goals. Jalen Rouse led the rushing attack for Tennessee State with 84 yards.

The futility ends for Murray State as they try to put together back to back wins with next weekend’s game. Their next game could be favorable, as they host Robert Morris. For Tennessee State, this game was another reminder of how tough the competition is in HBCU football this year. They were a top four team in the HBCU rankings headed into today’s game. They will look to rebound in their next game against Southeast Mo. St. on November 5.

330
The Latest in HBCU Sports and Culture