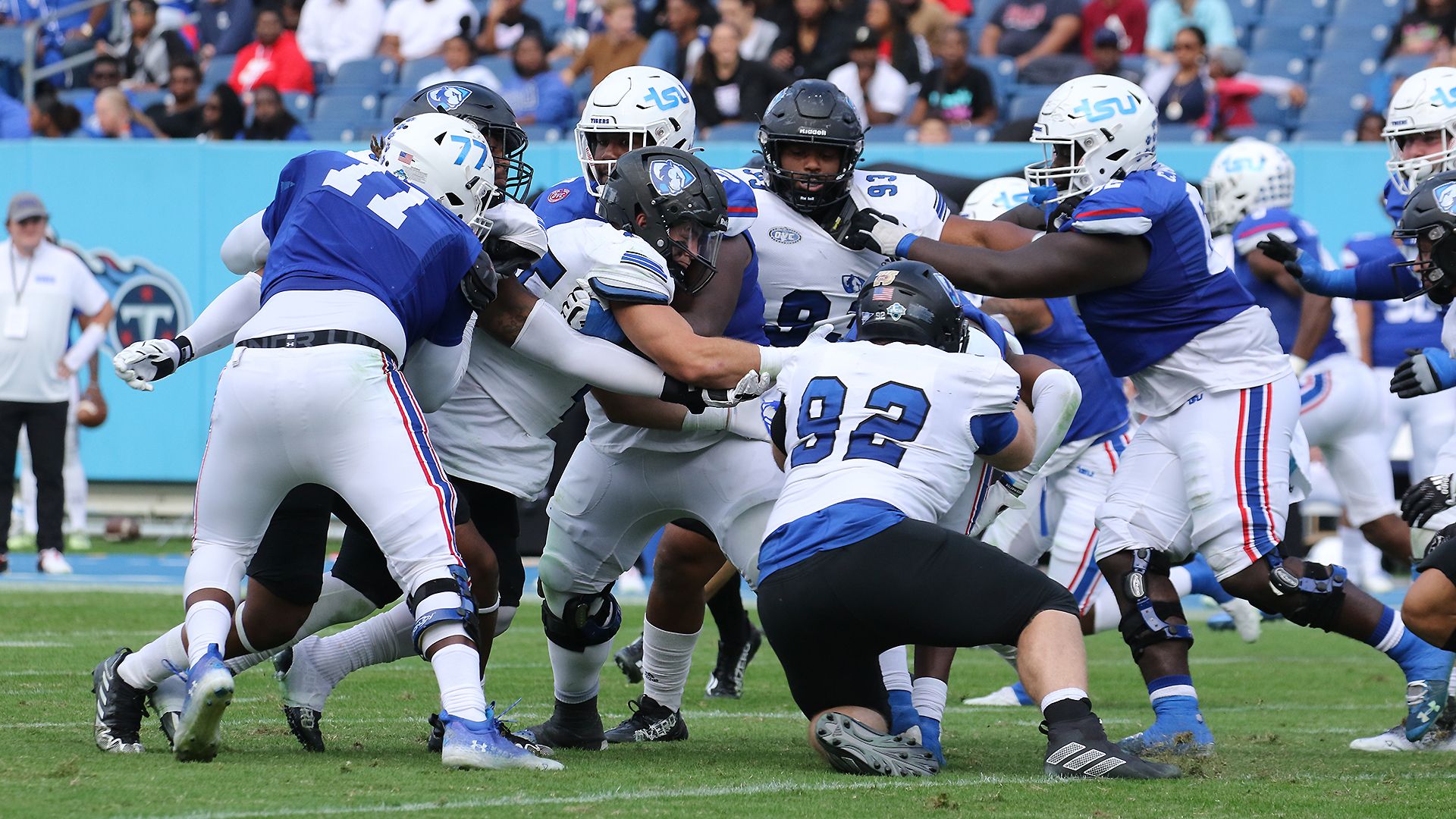 It was all about the passing game for Tennessee State on Saturday afternoon at Hale Stadium against Eastern Illinois.

It was all about the passing game for Tennessee State on Saturday afternoon. The Tigers were incredibly effective picking apart the Eastern Illinois’s secondary, as they claimed the 37-17 victory.

Tennessee State’s Draylen Ellis led the charge through the air. His 309 yards were a season high. Tennessee State put an emphasis on valuing the ball, as they did not commit any turnovers all game. The Tiger’s defense was also solid, particularly against the run. They limited the Eastern Illinois running backs to just 2.4 yards per rush.

Holding on to the ball was a big issue for the Panthers; offense, as they gave up four turnovers in their loss against Tennessee State. In addition, the O-line was not in sync, allowing six sacks. However, Nile Hill pulled down a season high one receiving touchdown to keep the matchup within a score.

Tennessee State’s win ups their record to 3-4. On the other side, Eastern Illinois now ranks fourth in the Ohio Valley Conference. We’ll have to wait until October 29 to see how each team responds. It’s time to go on the road next for the Tigers. They will face Murray State who is struggling right now record wise, but might get a slight bump from being the home team. The Panthers will try and get it together next weekend at home. That could be a chance for a win, as they host Tennessee Tech who comes in with a losing record.