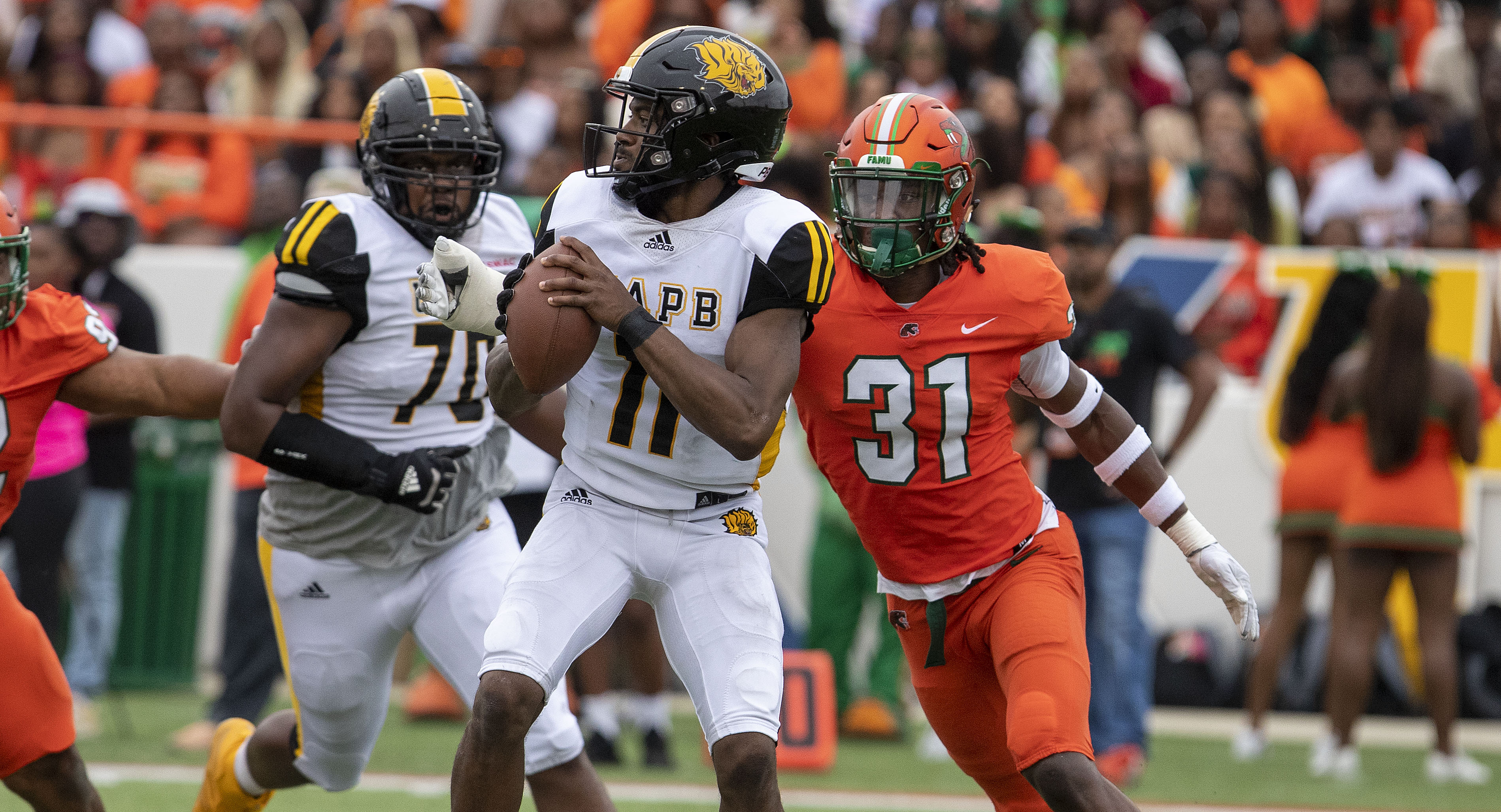 Florida A&M got off to a slow start on Saturday evening at Bragg Stadium, but ultimately turned it up to overpower Arkansas-Pine Bluff.

Florida A&M got off to a slow start on Saturday evening at Bragg Memorial Stadium, but ultimately turned it up to overpower Arkansas-Pine Bluff by a final score of 27-6.

Florida A&M’s Jeremy Moussa led the charge through the air. He threw for 297 yards to go along with a season high three touchdowns. Receivers Xavier Smith and Jah’Marae Sheread were Moussa’s main targets, collecting 94 and 69 receiving yards respectively. As a unit, FAMU’s offense was efficient and often times explosive, amassing 498 total yards.

Arkansas-Pine Bluff had trouble converting drives into points, opting for seven punts. On top of that, UAPB’s secondary was an issue. They allowed a concerning 7.8 yards per pass attempt. Daemon Dawkins had his best showing of the year thus far, putting up a 95 yard receiving game in a strong offensive effort.

Florida A&M remained in second position in the SWAC – East race with today’s win, they are still one game behind Jackson State. Next weekend’s game should be a good test for FAMU, with one of the top teams in HBCU football coming to town in Southern University. For Arkansas-Pine Bluff, it was another weekend of disappointment. They have now lost six games in a row. Next weekend’s visit to Grambling will be an opportunity to bounce back. They will take on Grambling who is 2-6 on the year.