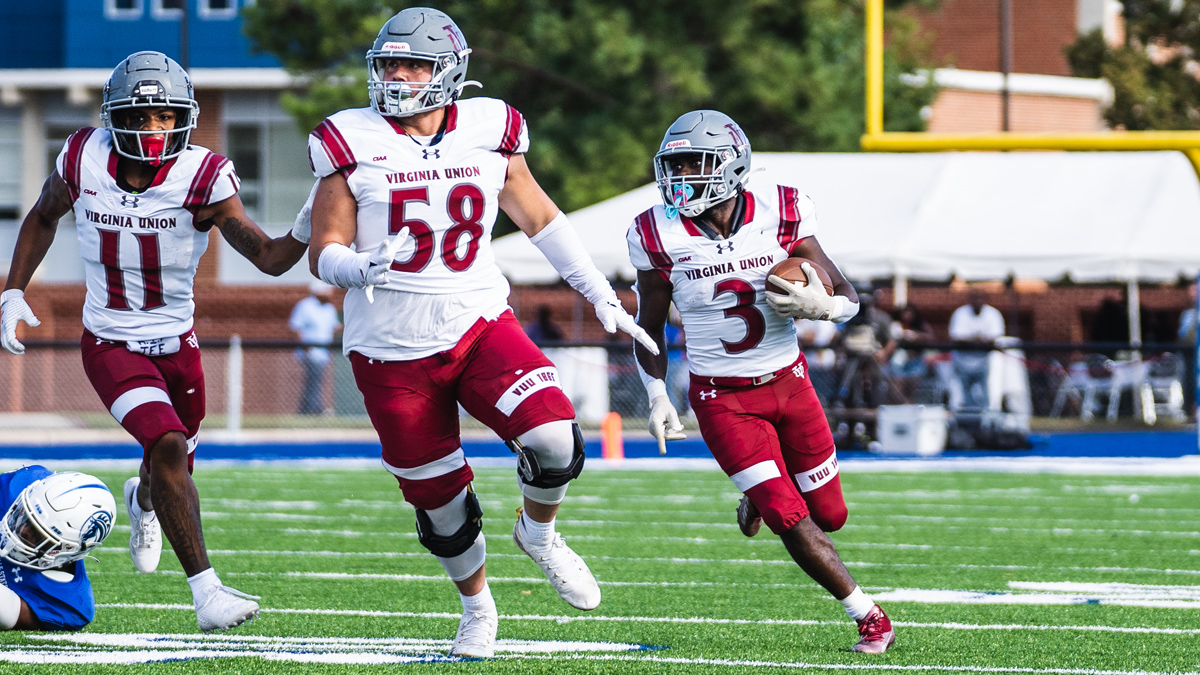 With just two games left in the SIAC and CIAA regular seasons, current leaders can clinch division titles and championship game berths this week. But stiff challenges await them.

It’s pretty simple now. Or is it?

With two weeks left in the football regular season of the two NCAA Div. II HBCU conferences – the SIAC and CIAA –  contenders have been separated from pretenders.

Leaders in both leagues’ divisional races can clinch division titles and championship game berths with wins this week. But it won’t be easy. Each will face a stiff challenge.

Undefeated and nationally-ranked Benedict (8-0, 5-0 SIAC E) can clinch the SIAC East Division title and a berth in the Nov. 12 SIAC championship game with a win Saturday. The Tigers of second-year head coach Chennis Berry play at home at 2 p.m. in Columbia, S. C. vs. Clark Atlanta (3-5, 2-4 E).

The winner of the East Division title will host this season’s Nov. 12 SIAC Championship Game.

Berry has led the surprising Tigers to a No. 15 ranking in both the NCAA Div. II d2football.com and AFCA Coaches polls.

Taking out Clark Atlanta and veteran head coach Willie Slater in his first year leading the Panthers will not be easy. In 15 years before taking over the Panthers’ program, Slater led Tuskegee to seven SIAC titles and five West Division crowns. He will have CAU ready to play spoiler.

Benedict is led by left-handed quarterback Eric Phoenix, who has passed for 1,054 yards and nine touchdowns with just one interception. Phoenix leads the league with a 63.3 completion percentage (93 of 147). His complement at running back is freshman Zaire Scotland who has rushed for 538 yards and six TDs. The Benedict offense is second in scoring in the SIAC at 29.1 points per game.

Clark Atlanta is coming off a 41-21 loss last week to Fort Valley State. In its last win, 21-12 on Oct. 15 over Savannah State, CAU broke a five-game losing streak to the Tigers. QB Shariff Brown threw for 123 yards and one score and Daquan Kincey ran for 172 yards and one touchdown.

Benedict, who has wins over FVSU and Albany State, can lose to Clark Atlanta and take the division title with a win next week at home over Allen.

In the SIAC West, Tuskegee (6-2) is atop the division with an unblemished 5-0 league mark. After a shaky 0-2 start, Tuskegee is on a six-game winning streak.

KSU, obscure after an 0-4 start, has run off four straight wins under new interim head coach Paul Hamilton. A win by the Thorobreds puts them in the driver’s seat for the division title.

KSU closes next week (Nov. 5) on the road at Central State. Tuskegee closes the regular season next week at home vs. Miles.

The Tuskegee vs. Kentucky State match up

The ground attack is led by rugged 6-2, 245-pound senior running back Christian Coneway who has rushed for 513 yards (64.1 yards per game), averaging 5.5 yards per carry with seven rushing touchdowns.

In last week’s 35-7 win over Miles, KSU rushed the ball 53 times for 327 yards. KSU junior quarterback Jaylen Myers threw just one pass, completing it for 18 yards. The Breds have rushed for over 200 yards in each of their four straight wins. Tuskegee is giving up 185.0 rushing yards per game.

Expect KSU to pound the Golden Tigers on the ground.

During its five-game win streak, junior quarterback Bryson Williams and senior running back Taurean Taylor have been stellar for Tuskegee.

In the five-game streak, Williams has thrown for 790 yards and seven TDs with just two interceptions.

Virginia Union (8-0, 6-0 N), under head coach Dr. Alvin Parker, is undefeated and ranked 11th nationally in the d2football.com poll and tenth in the AFCA Div. II Coaches poll. The Panthers are also on top of the CIAA North Division race as they host Chowan (5-3, 5-1 N) Saturday in a showdown at VUU’s Hovey Field (1 p.m.).

Chowan is the only other team with a shot at the division title. A VUU win clinches the North Division title and a spot in the Nov. 12 CIAA Championship Game in Salem, Virginia. Chowan is in the driver’s seat for the division title with a win. CU closes next week hosting Elizabeth City State while VUU closes at Virginia State.

The Virginia Union vs. Chowan match up

After a series of close wins and losses in a 3-3 start, the team has pulled off close, down-to-the-wire wins over Lincoln, Pa. (16-14 on Oc. 8), Virginia State (45-43 on Oct. 15) and three-time defending CIAA North and conference champion Bowie State (21-15 last week, Oct. 22). It isn’t an HBCU football program, but it could play for the championship of the oldest HBCU football conference if it keeps winning.

Junior quarterback Rashad McKee has sparked Chowan in its last three wins. He came off the bench to lead his team to a late field goal that was the difference in the win over Lincoln. Rashad ran for 139 yards and a touchdown and led the team to a game-winning touchdown vs. VSU. He then passed for 270 yards and all three Chowan scores of 73, 11 and 61 yards in its upset of Bowie State last week.

VUU has been led all season by CIAA, Div. II and HBCU football rushing leader, sophomore Jada Byers. If you throw out his 98-yard effort in a 77-0 blowout of Virginia-Lynchburg to open the season, the 5-9, 180-pound dynamo’s average would be 208.4 yards per game.

In total, he has amassed 1,604 rushing yards on 215 carries. He is averaging 7.3 yards per carry and 195.0 rushing yards per game. He is tied for the lead nationally with 18 rushing touchdowns.

Shaw and Winston-Salem State (2-6, 2-3 W) are still alive for the division title but would both have to beat FSU – Shaw this week and WSSU next week – to have a chance. WSSU hosts J. C. Smith Saturday (1 p.m.). WSSU closes at home on Nov. 5 vs. FSU while Shaw plays at Saint Augustine’s.

The FSU vs. Shaw match up

Going into the 2022 season, most thought Shaw would be the greatest challenge to Fayetteville State’s South Division supremacy. Turns out, that’s certainly one of the scenarios in play.

The Bears, in their fifth-season under head coach Adrian Jones, have see-sawed back and forth all season. They lost their first two games, won two straight and then lost three in a row. Last week they beat Livingtone 28-14 to stay in contention in the South. Their biggest win was handing Bowie State its first loss in 18 CIAA games, 17-14 on Sept. 17.

Junior running back Andre Brandon Jr. (5-10, 182) ran 49 times for 306 yards in last week’s win over Livingstone. He more than doubled the total output in his previous five games and is now third in CIAA rushing stats with 479 yards (87.7 yards per game.). Expect Coach Jones to feature Brandon vs. FSU.

The Broncos and sixth-year head coach Richard Hayes Jr. are closing the season with redshirt freshman Caden Davis and true freshman Demari Daniels taking most of the snaps at quarterback. Senior starting QB Khari Lane got in for a handful of snaps vs. J. C. Smith (a 21-13 FSU win last week) and played sparingly the previous week in a win over Livingstone. He sat out the Oct. 8 win over St. Augustine’s. His last start was Sept. 29 in a 13-10 win over Chowan.

SIAC and CIAA games for this week