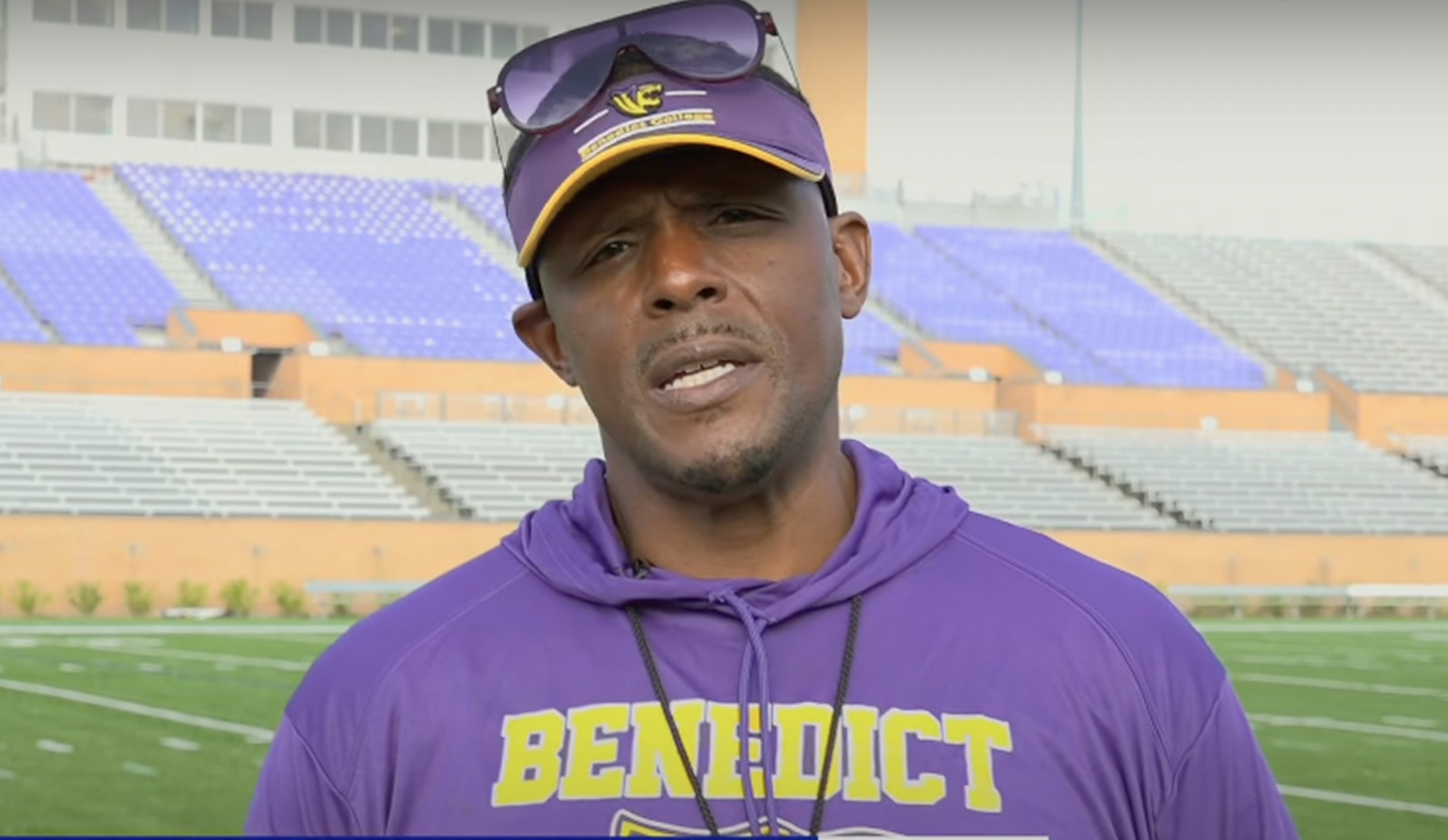 The SIAC HBCU Football Rundown takes a hard look at the East and West Divisional races. There is still plenty to be decided with three weeks left in the regular season.

The division champs will meet on Nov. 12 at the home of the East champion in the Nov. 12 SIAC Championship game.

The surprisingly undefeated Benedict Tigers (7-0, 5-0 SIAC East) have already knocked off their biggest East Division contenders. They handled then undefeated Fort Valley State (45-13 on Oct. 1) at the Wildcats’ homecoming. They then took down defending division and conference champion Albany State (24-20 last week) at the Golden Rams’ homecoming.

Benedict is up from 23rd nationally in both the AFCA Div. II Coaches Poll and the d2football.com poll. The Tigers are now 18th in the AFCA and 17th in d2football.com.

The Benedict saga is the lead story in the SIAC this season.

The remarkable turnaround has been engineered and led by second-year head coach and HBCU vet Chennis Berry. Listening to Berry is like taking in a fiery Sunday sermon as he enthusiastically and loudly lays out his prayers for the Benedict program. He did that at the preseason SIAC football Media Day in Atlanta. Those prayers have been answered.

It has taken only two years for Berry to instill that enthusiasm and spirit into his team. It comes from the former Savannah State player getting his first turn as a head coach after 26 years as a valued offensive assistant or associate head coach. He worked in those capacities at eight different HBCU programs – Southern, Howard, NC A&T, Morgan State, Kentucky State, Fort Valley State, Kentucky State and Morris Brown. He has also interned with six different NFL teams.

The Tigers have not won an SIAC football title since re-introducing the sport in 2006 after a 29-year absence.

Benedict in the driver’s seat

Currently, they lead the SIAC giving up just 227.3 yards per game and are second surrendering only 7.4 points per game. Junior defensive end Loobert Denelus has been the defensive standout as he leads the SIAC with 8 sacks and is second in tackles for loss (11.5)

Left-handed junior QB Eric Phoenix has completed 64.9% of his 134 passes for 989 yards and nine TDs with just one interception. Redshirt freshman RB Zaire Scotland has augmented the air attack with 507 yards and 6 TDs on the ground.

Benedict’s final two games are at home. The Tigers’ homecoming game is next week (Oct. 29, 2 p.m.) vs. ClarkAtlanta where they hope to officially lay claim to the division title. They close the regular season on Nov. 5 hosting Allen at Columbia’s (S.C.) Westwood High School.

After an 0-2 start, former Miles and new Tuskegee Athletics Director and head coach Regionald Ruffin has worked his magic. The man that won four SIAC titles in nine years at Miles has engineered five straight wins including back-to-back double overtime wins against Allen (35-27 on Sept. 24) and against former Tuskegee head coach Willie Slater now at Clark Atlanta (45-43 on Oct. 1). The five-game win streak has landed the 5-2 Golden Tigers atop the West Division race with a 4-0 league mark.

Tuskegee is fifth in the SIAC in scoring at just 21.1 points per game but has averaged 40.3 ppg. over its four straight conference wins.

Five-seven, 180-pound senior running back Taurean Taylor has been the standout recently. Taylor has rushed for 533 yards in the last three games (177.3 ypg.) including a 232-yard effort last week in a 49-34 win over Central State. He scored on 29- and 93-yard TD runs to close out the game. He racked up 218 rushing yards in the big win at CAU’s homecoming.

Lane, under new head coach Vyron Brown, has won four of its last five games including a 28-27 non-conference stunner over FCS Ohio Valley Conference member Tennessee State on Oct. 1. The Dragons also threw a scare into East Div. leader Benedict in a non-conference tilt before coming up short 14-0 back on Sept. 10. The Golden Dragons’ only loss in the division was a close 31-26 decision to Kentucky State on Oct. 8.

Redshirt senior defensive end Andrew Farmer is a terror. Farmer has amassed 49 tackles, 35 solos, with five sacks and leads the SIAC with 22.5 tackles for loss.