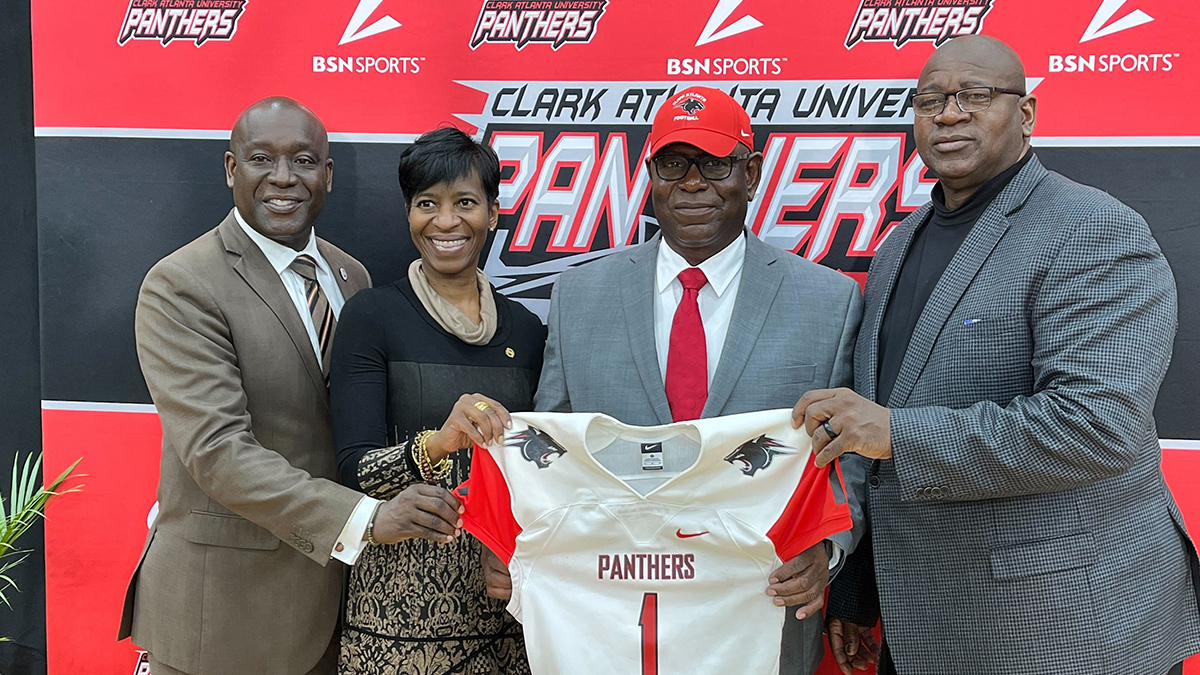 Clark Atlanta has turned to a familiar name to help bring its football program to prominence. Willie Slater is back in the SIAC.

Willie Slater is bringing his talents back to the SIAC and he’s headed to Clark Atlanta.

The long-time Tuskegee University head coach has been introduced as the new head coach for CAU. He replaces Tim Bowens, who was relieved of his duties last fall after going 2-8 in 20 games over two seasons at Clark Atlanta.

Slater unceremoniously left Tuskegee at the end of 2021 after 15 years at the school serving as head coach and a five-year stint adding athletic director to those titles as well. He led TU to seven SIAC Championships  (2006, 2007, 2008, 2009, 2012, 2014, 2017) and four black college national championships during that span while compiling an overall record of 123-47.  He led the team to multiple Division II playoff berths, going 3-4 in the postseason after the school elected to drop out of the Turkey Day Classic, and is the school’s second all-time winningest coach after the great Cleve Abbott.

There were whispers that Slater was ready to hang it up, but no announcement was ever made until Tuskegee announced the hiring of Slater’s former assistant and rival Reginald Ruffin as its new head coach.  The two schools are both in the SIAC, but not in the same division nor are they considered rivals like ‘Skegee and Morehouse, so there’s no guarantee Slater will play his old school every year, but there should be some battles in the future.