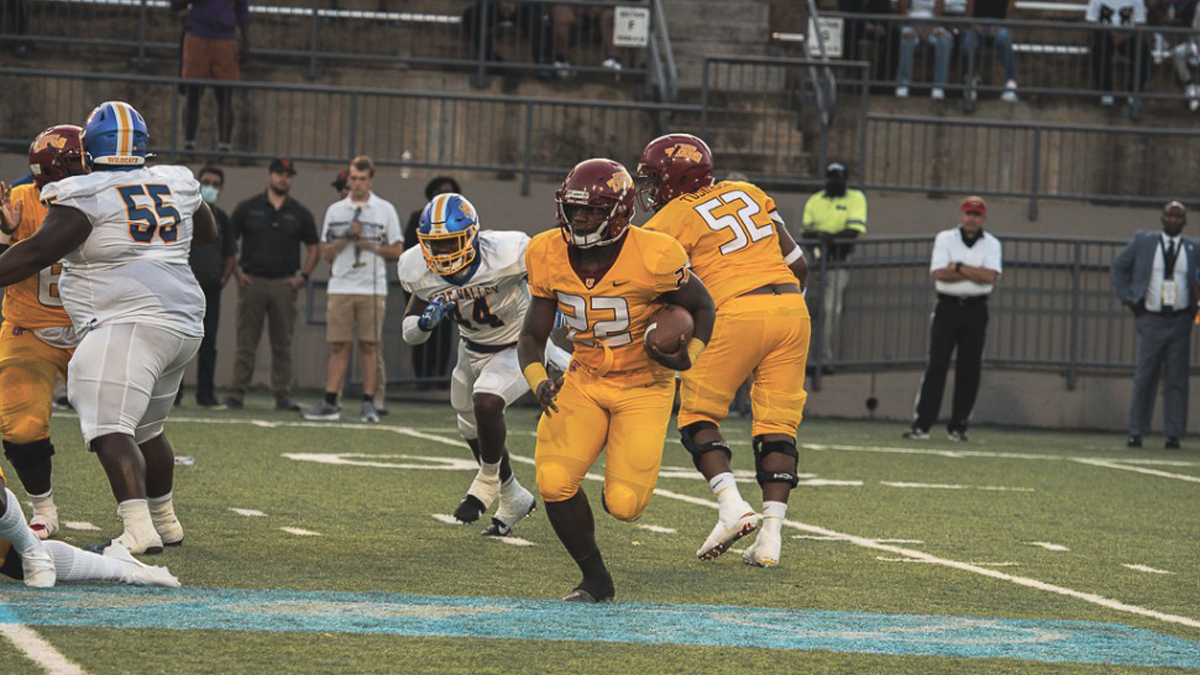 New Tuskegee University head coach Reginald Ruffin is excited about taking over a program with a proud legacy and a bright future.

Tuskegee University sent shockwaves through the HBCU football world last December when it hired Reginald Ruffin. The former Tuskegee assistant coach had spent the last decade dethroning his former employer, building a legacy of his own at Miles College, where he led to four SIAC titles.

Ruffin takes over the dual role of Director of Athletics and head football coach formerly filled by his mentor Willie Slater, who has moved over to the SIAC East at Clark Atlanta.

We caught up with Reginald Ruffin at the SIAC Media Day in Atlanta on Wednesday as he prepares for his final season as a head coach. Here’s what he had to say about….

About the excitement of returning to Tuskegee University

“It’s the mecca of all HBCUs in terms of wins and losses and everything like that, the winningest HBCU of all time and just come back to a place that’s got rich history, a winning tradition. So many things coming back. You got to establish that culture that we always had — the edge. I think we got the pieces in place to continue to work ahead towards that goal and I’m just very excited to be back. The Biggest thing is these student-athletes that we are empowering, we are entrusting, we’re encouraging, and we’re just trying to change a lot of things that have happened in the past.”

“In terms of facilities, we’re upgrading facilities with new turf, a new locker room, a player lounge an athletic training room, a visitor locker room and reception area. So, you know, we’re just doing a lot of changes at Tuskegee University that benefits student-athletes to give them the encouragement and to embrace their experiences while they’re there at Tuskegee and when they leave they’ll be proud of the product.

About his excitement about building on the Tuskegee brand

About playing at Hampton

“We’re used to the FCS level. Tuskegee’s no stranger to a lot of teams at the FCS level. The thing is about this. You got to put the pants on one leg at a time just like everybody else. The lines in the end zone to the back, the length of the field, the width of the field are all the same. So the biggest thing is that we need to be able to take care of that first game and focus on Fort Valley and we’ll get better for this second game, getting ready to go to Hampton. But we just love the opportunity and thank Dr. Harvey in his retirement, for making this thing happen.”

Tuskegee will open the 2022 season with the Red Tails Classic against Fort Valley State.