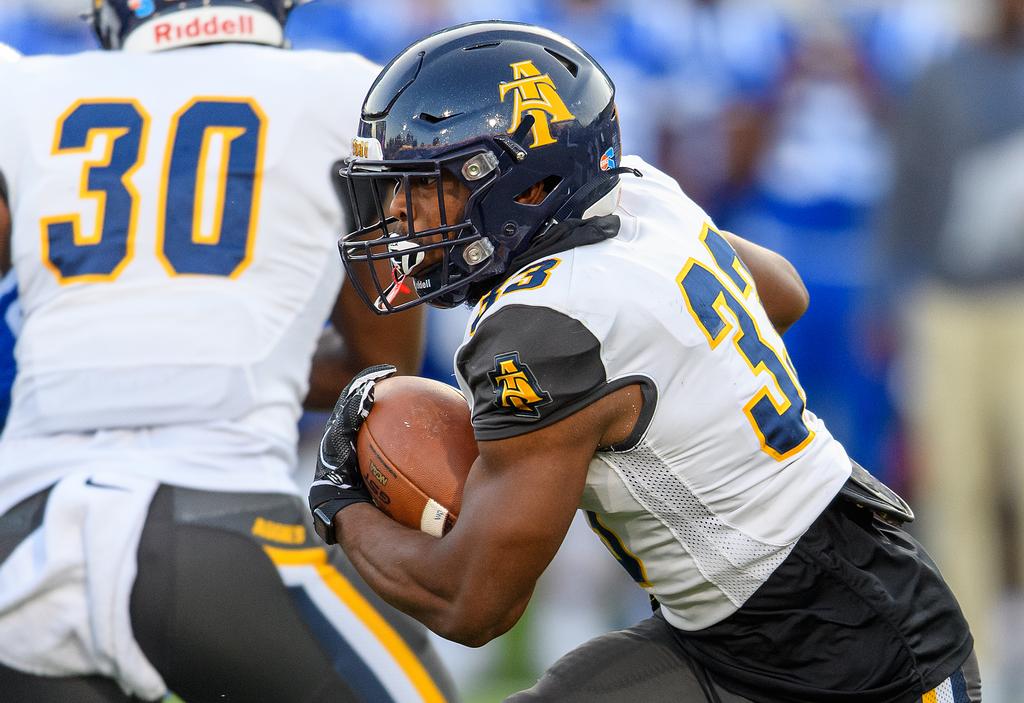 North Carolina A&T made quick work of Edward Waters as it tuned up for Big South play.

Bhayshul Tuten led North Carolina A&T in this one, scoring two touchdowns on the ground. It was the fifth-consecutive 100 yard game for the sophomore back from New Jersey.

Edward Waters struggled to sustain long drives, only controlling the ball for 21 of the game’s 60 minutes. On top of that, Edward Waters’ defense couldn’t handle NC A&T’s running game, giving up 5.5 yards per carry. However, Damaris August pulled down a season-high one receiving touchdown to get Edward Waters on the scoreboard in the third quarter.

North Carolina A&T improves their record to 3-3 with the win. Next weekend’s road game could be a good opportunity for a win against a Big South opponent. Robert Morris has a losing record, which may be favorable, but it offers no guarantees. On the other side, Edward Waters now sits at 1-6 on the year. Next weekend’s visit to Xenia will be a decent opportunity to bounce back. They will take on Central St. (OH) who is 2-4 on the year.