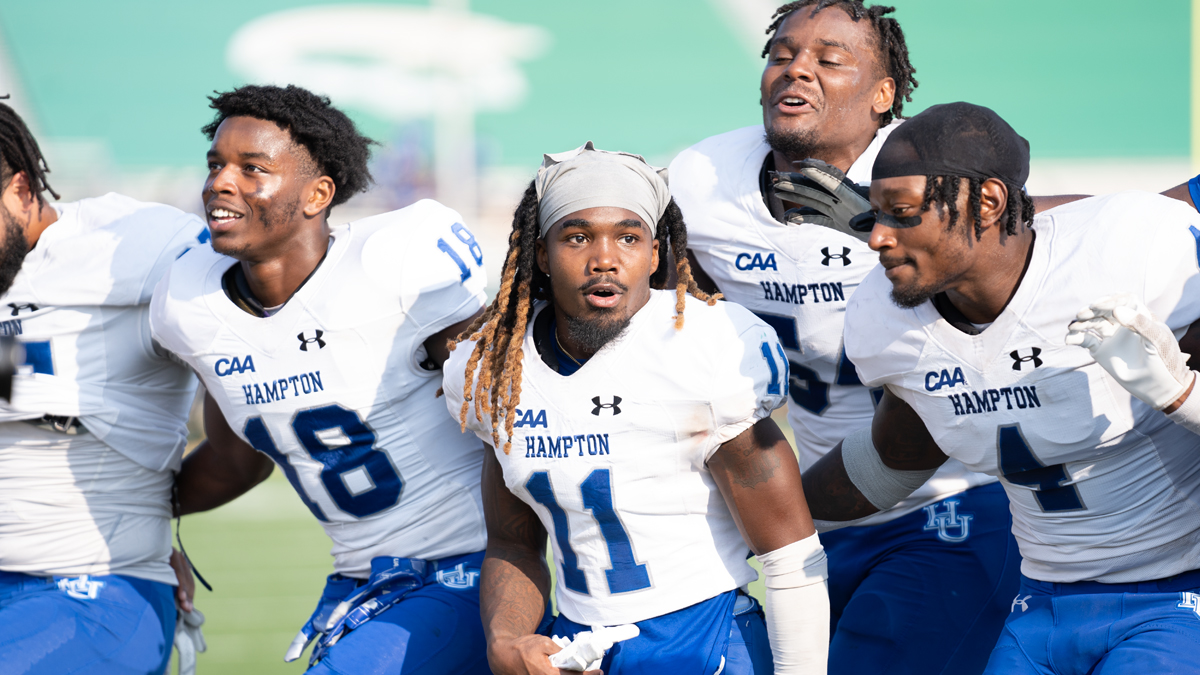 The Great Danes held a 14-point lead at the start of the fourth quarter, but the Pirates’ offense was able to march down the field twice to tie the game. They missed a potential game-winning field goal at the end of regulation, and then the two teams both scored on their overtime possessions. The Great Danes were held at the goal line while going for two, ending the game.

The UAlbany defense kept quarterback Reese Poffenbarger upright in the pocket during Saturday’s loss, allowing him to throw for a season-high four touchdowns. As a whole, the team racked up 464 total yards on HU’s defense. Their 11 penalties on the afternoon certainly hindered their progress, though.

Hampton’s win was much needed. It got back on the right track and end what was a two-game losing streak, improving to 4-2 on the season and 1-1 in the CAA. It will get its next test when it welcomes in-state CAA foe Richmond to Armstrong Stadium on Oct. 22. For UAlbany, today’s loss drops their record to 1-5. Their next game is also on Oct. 22. They’ll be looking to rebound against Villanova.

213
The Latest in HBCU Sports and Culture