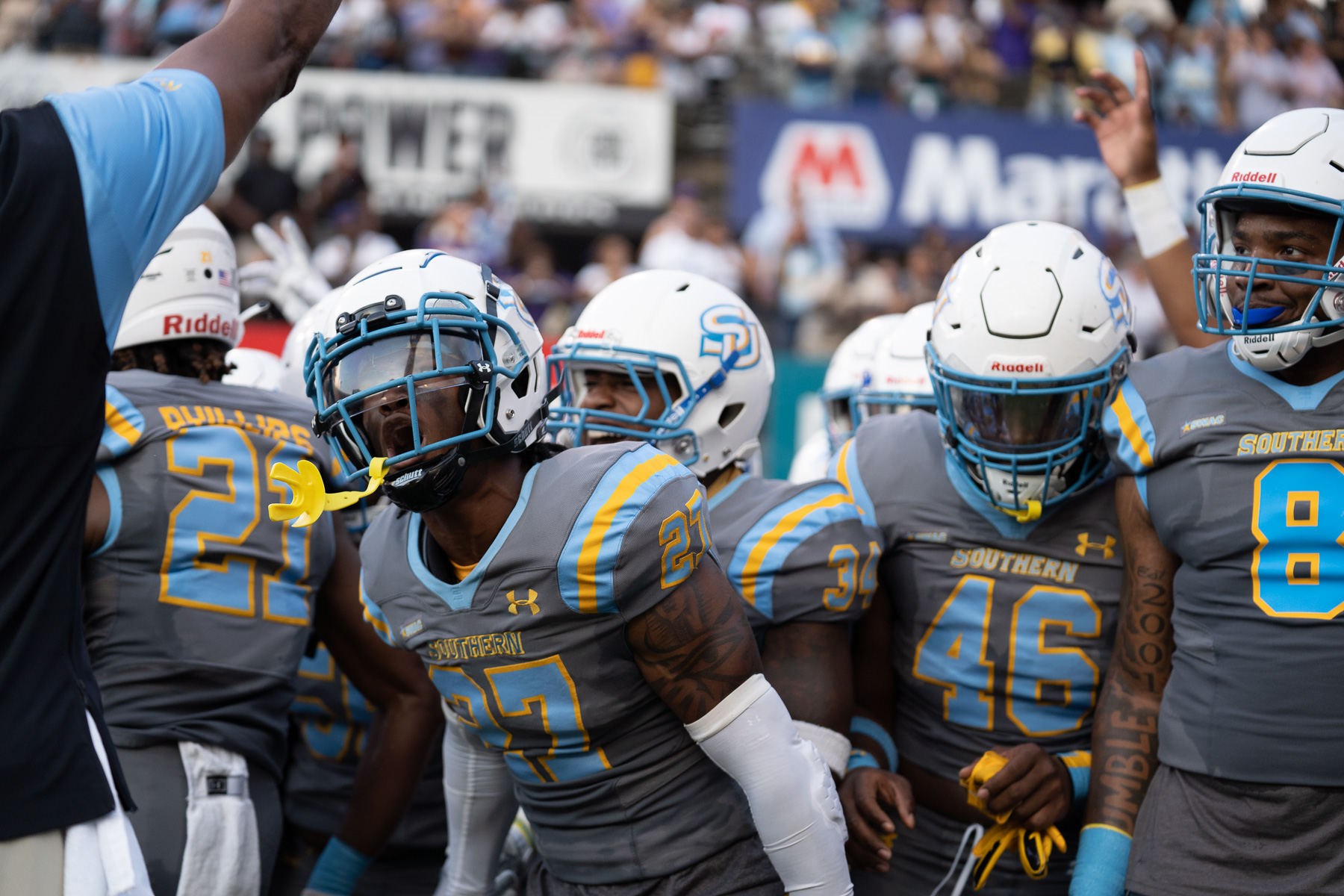 Prairie View, SWAC looking for answers in brawl with Southern

Prairie View coach says he though Southern coaches could have done more to crush brawl.

If it wasn’t for Deion Sanders and Eddie Robinson’s spat, a pre-game brawl between Prairie View A&M and Southern University likely would have been the biggest headline in SWAC and HBCU football.

The SWAC is now investigating an incident that took place before Southern University’s 45-13 win over Prairie View on Saturday.

Prairie View head coach Bubba McDowell said he was told the brawl started after Southern players stepped on the Prairie View logo. He wasn’t on the field at the time, but he did see some of the action.

“I just happened to see it when I was coming up to the office and rolling up the blinds and I saw it going on and I immediately rushed downstairs to try to get in the middle, get control of the situation,” McDowell said on Monday’s SWAC media session. “We know that’s a no-no. Testosterone started flying around at that point.”

McDowell said he anticipated in hearing from the conference office. He also expressed disappointment that Southern coaches didn’t do more to crush the scuffle.

“As I got down there, I didn’t see coaches from their side — I saw them standing there but was not trying to de-escalate the situation down there. And I know (Southern University) Coach (Eric) Dooley isn’t about that.  I would love to  — again —  coming downstairs, being able to see as many coaches in there as possible to minimize players getting hurt or throwing blows or something like that.”

Southern head coach Eric Dooley didn’t want to talk about the incident, and he made it very clear during the same media session.

“We understand what took place, you talk about young individuals that we’re building into being quality young men once they graduate. I don’t get into the negative thing, I’m a very positive guy…I think it’s too many football questions that can be asked to talk about a well-played football game on both sides of the ball.”

When asked if he anticipated hearing from the SWAC offense

“The only thing I expect to do is prepare for the next time,” Dooley said. “Things take place… A lot of times even as adults we focus on things that are not important right now. And we understand that things are going to take place.

The SWAC, ultimately, has put out a statement. It reads, in part:

The Conference Office along with the two respective member institutions are collectively reviewing video footage of the altercation in order to positively identify all participants. In addition to investigating the altercation, the Conference Office is also currently reviewing the game day security protocols that were in place for the respective contest.

Due to the lack of ability to identify all participants by using uniform jersey numbers, along with the limited number of high-quality camera angles available for review, this investigation has taken additional time in order to ensure thoroughness in regard to accurately determining all individuals that were active participants.

Upon the conclusion of the comprehensive review, we will notify each respective member institution with detailed findings along with supporting documentation, in addition to levying the appropriate disciplinary actions in accordance with our league’s constitution and bylaws.

The Southwestern Athletic Conference upholds an extremely high standard of good sportsmanship and does not condone unsportsmanlike behavior. We will continue to work diligently to provide our member institutions with the necessary guidance and resources to support good sportsmanship and healthy competition at all times.

Prairie View, SWAC looking for answers in brawl with Southern