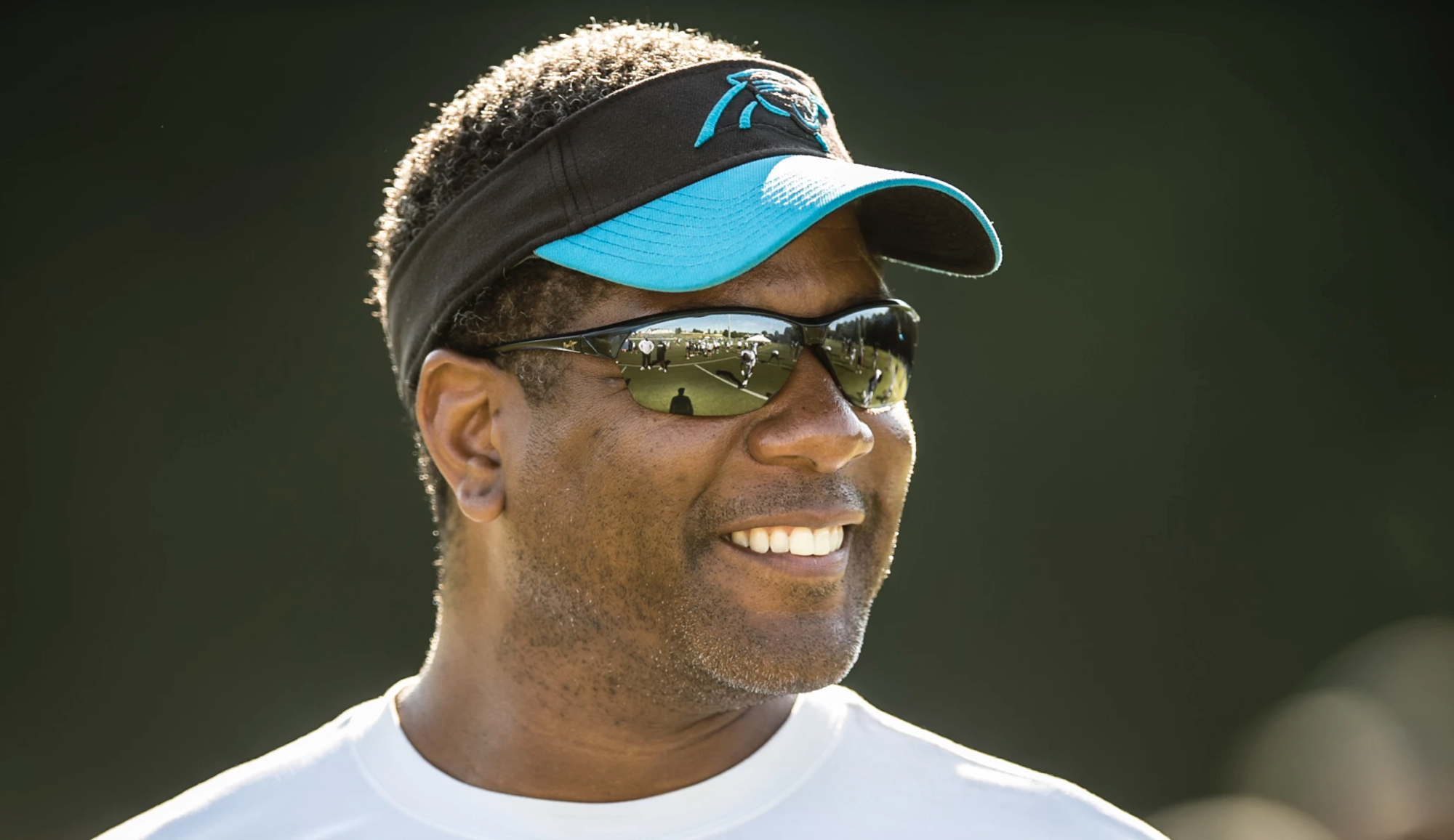 CHARLOTTE, N.C. — He is hoping to lead his hometown National Football League team out of a 1-4 hole and possibly earn a new title in the process. But while the spotlight is shining squarely on Steve Wilks, the interim coach of the Carolina Panthers prefers to avoid the glare.

The 53-year-old Wilks is a Charlotte native who went to West Charlotte High School, returned home from Appalachian State and coached at Johnson C. Smith and Savannah State. His coaching roots are planted in two HBCUs, but in his news conference on Tuesday, he chose not to talk about himself.

“Yes, I’m excited about being here, being from Charlotte, but the focus is not about me,” Wilks says. “The focus is about this organization and making sure that we do everything we can to get back on track.”

No talk about when, as an assistant at JCSU, he used to do the laundry and get the field ready to play. Wilks wouldn’t reflect on his time at Savannah State as a defensive coordinator. He could be excused for not talking about himself because he’s taking over for Matt Rhule, who was fired after a 1-4 start to his third season and a 11-27 mark overall.

Wilks is also taking over the Panthers as they prepare to meet the Los Angeles Rams without knowing who the quarterback will be. Starter Baker Mayfield will be sidelined at least two weeks because of an ankle injury. Sam Darnold, who was expected to be the starter last season and has had a lackluster profile since coming to Charlotte, hasn’t taken a snap this season because of his own injury. That leaves P.J. Walker, who played for Rhule when he coached at Temple, as the likely starter for the reigning Super Bowl champions.

But asked specifically to talk about his HBCU experiences, Steve Wilks chose to pass on addressing it.

“Again, I want to try to keep it very brief because I never want to try to put the spotlight on me,” he says. “I’m very humbled and excited to have this opportunity to do it right here at home. It’s great, but it’s bigger than me.”

Wilks did say since he was announced as Carolina Panthers interim head coach he received around 300 text messages from local friends, and said he hopes this experience provides a spark for those who followed in his footsteps in the Hidden Valley neighborhood where he grew up, as well as the students at West Charlotte who might want to duplicate his path.

“I can’t disregard where I’m from, where I grew up,” he says. “Is it dear to my heart? Yes. Am I an example for many to follow? Yes. So I understand the torch that I may carry, so I hope I am a great example to a lot of individuals that feel like they, too, can make it.”

Steve Wilks was asked about the lack of Black head coaches in the NFL and what the league can do to address it. Wilks himself was a head coach of the Arizona Cardinals in 2018. His first team finished 3-13 and he was fired and replaced by Kliff Kingsbury. That firing ultimately led Wilks to join a lawsuit filed by former Miami Dolphins coach Brian Flores which accuses the league of racial discrimination.

Lawyers for Wilks say he was a “bridge coach” who wasn’t given a chance to succeed. He has that chance now with the Carolina Panthers, but he stresses that he’s not sweating the current title as interim or whether he can make it a permanent role.

“I’m not worried about the end result,” he says. “I’m jury worried about winning the day and giving us the opportunity to be successful.”