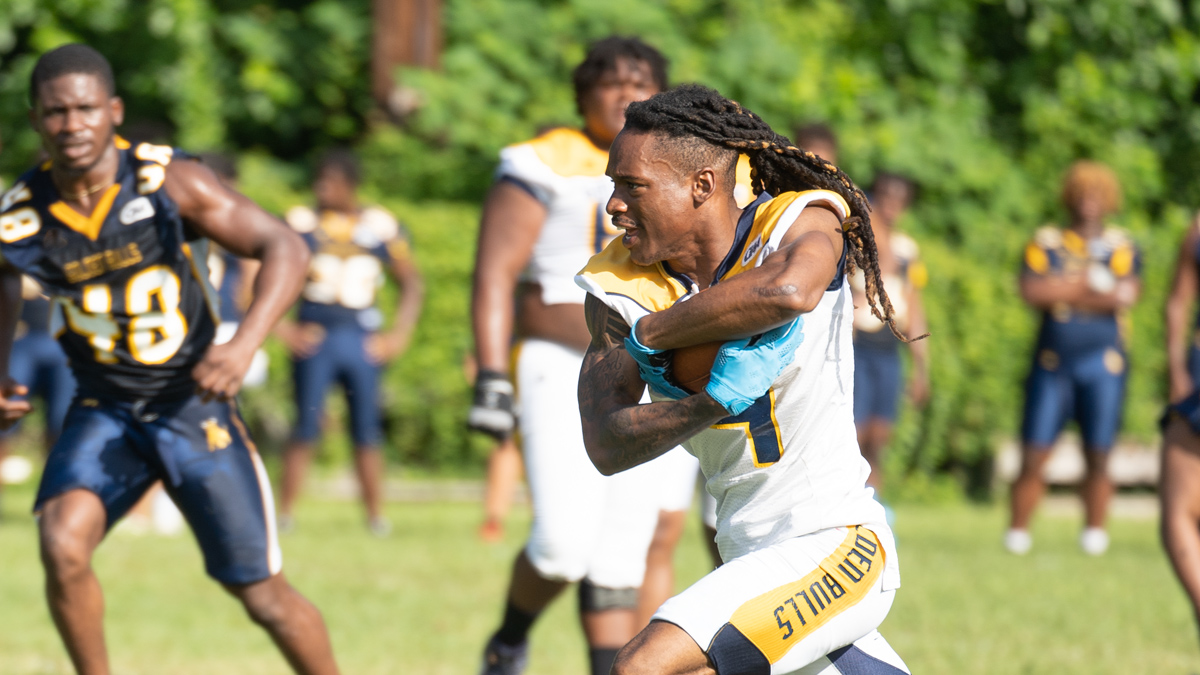 Flowers to forgo look at past to inspire Johnson C. Smith

Without looking into the past, new coach Maurice Flowers wants a championship mentality at Johnson C. Smith

CHARLOTTE, N.C. _ It’s not rebuilding or restoring JCSU football that’s a priority for new head football coach Maurice Flowers. He’s not even trying to recreate the days when he was an all-Central Intercollegiate Athletic Association quarterback at the school in the early 1990s.

The mission Flowers was chosen for in January was to bring some success to a football program that sorely needs it. He’s returning to a program in which hasn’t won a CIAA championship since 1969.

“We’re just building a championship-level program,” said Flowers at the end of a practice near the campus. “We’re not rebuilding. We’re not going to try to relive from the past, because that past is too long to look to. What we’re trying to do is build a championship culture for right now.”

In the previous six seasons under Kermit Blount, the Golden Bulls were 16-43. Last November, Blount was fired.

At Fort Valley State, Flowers was 7-5 in two seasons, including a 5-5 finish in 2021, with a 3-3 mark in the Southern Intercollegiate Athletic Conference. The other two victories were accomplished in the pandemic-shortened season of 2020.

Before that, Flowers was an offensive coordinator for JCSU, which in 2011 won the Pioneer Bowl by beating Miles. He would become offensive coordinator at Shaw, where Marquise Grizzle won a CIAA rushing title and became the school’s all-time leading rusher. In the same role at Fayetteville State, he directed an offense that produced 34 points per game and earned a Southern Division title in 2019, matching one the team won in 2017.

In trying to reverse the JCSU’s fortunes, Flowers is returning to the area where he had success at the high school level. He coached at Olympic High School in Charlotte, as well as West Charlotte High School, which he led to the North Carolina 4-A semifinals in 2007. Flowers also guided Chester High School to the South Carolina 3-A championship game the next season. He would hope those schools could provide players that would help him build that championship group.

“What hasn’t happened in the past for some reason is that we at JCSU haven’t recruited the Charlotte metro area,” Flowers says. “We are, and we’re showing it. The proof’s in the pudding. In our first meeting when we had the young men stand up and introduce themselves, it was amazing just to hear all the guys from Charlotte.”

“Just the trust he had in me,” Jackson says in explaining his reason for coming to Charlotte. “Since day one, he believed in me. He never lied to me, a truthful man. Everything’s up front.”

Another part of Flowers’ plan for a championship program at JCSU involves how players conduct themselves around the program and in the classroom. Players will be on time and more disciplined. Grades will be up and pant waists won’t be down.

Flowers to forgo look at past to inspire Johnson C. Smith