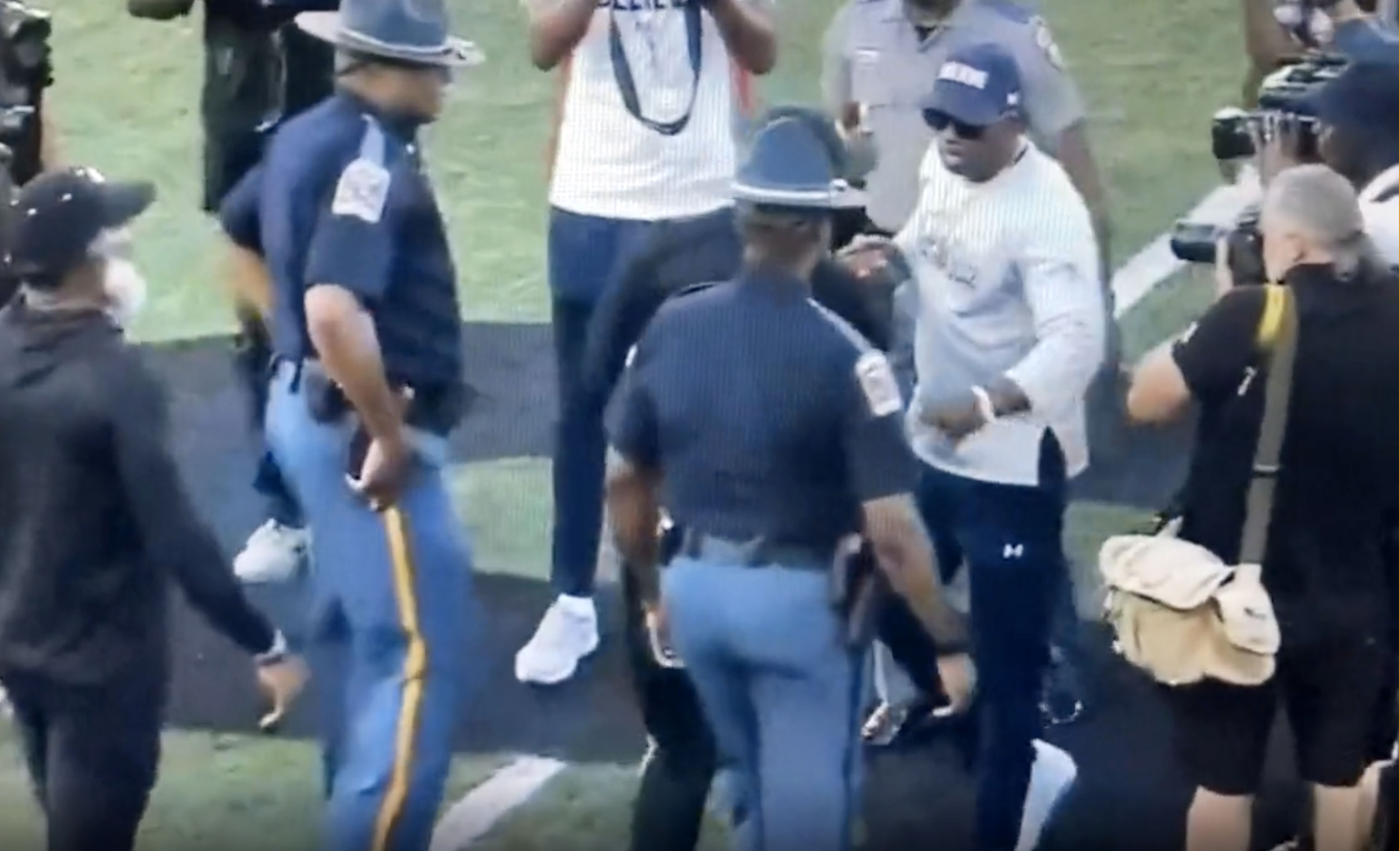 Deion Sanders and Eddie Robinson’s meeting of the minds was something that just happens, writes Vaughn R. Wilson.

Coach Prime and Coach Eddie Robinson had an exchange in postgame

This weekend’s riff between Alabama State coach Eddie Robinson and Jackson State coach Deion Sanders AKA went viral almost as soon as it happened. It’s amazing how everything gets blown out of proportion so fast and on a massive scale.

Looking at the video of the pregame antics of ASU, as a former HBCU football player and decades of covering HBCU football, nothing stood out to me.  It is normal.  It happens.  If your team comes near the student side, they will talk about your momma, your school and you in a way that in no way mimics the dignity of the fine institutions of higher learning that you belong to.  This is not unique to HBCUs, but major universities as well.

Most standout athletes have big egos, including Deion Sanders

Think of most star football athletes you’ve known; they all have an edge to them.  Lawrence Taylor, Warren Sapp, Terrell Owens, Ray Lewis, and the list goes on and on.  Football requires a fire that most sports don’t.  It’s a game that scientists have referred to as a minor car crash on every single play.

In youth football, you are taught to get amped up for a game.  You are taught to verbally let the other team know that they have no chance.  It’s equivalent to being the strutting male rooster in a field of hens.  The braggadocio that accompanies football is as much a part of the game as the laces on the pigskin.

During his college and professional football careers, no one exemplified that more than Deion Sanders.  His alter ego “Prime Time,” was notorious for getting under the skin of competitors.  As they say though, if you can back it up, it’s not bragging.  Sanders did that over his college and professional careers in football, baseball and track.  Yep, many forget that he was a Metro Conference champion in the 4x100m relay while at Florida State.

Returning kicks, he would high step near the 50-yard line, knowing that no one would catch him.  He did this in college and at the NFL level.  For the Braves and Yankees, Deion Sanders would literally tell the other team he was about to steal a base.  It is a part of his DNA and a part of who he is.

Leading up to Saturday’s game, Robinson grew tired of the antics.  He took offense to Sanders disrespecting ASU in midweek press conferences and social media posts.  He may not have had knowledge that JSU was running behind in their arrival to the game, so Deion Sanders did not have the traditional coaches talk at midfield with Robinson.  Finally, at the end of the game, Robinson felt Sanders was attempting to run up the score in the game’s final seconds.  Curiously, FAMU’s Willie Simmons and AAMU’s Connell Maynor had this exact same issue just seven days earlier.  The fire is not new and it won’t end here.  It’s a part of the fabric of HBCU and college football.