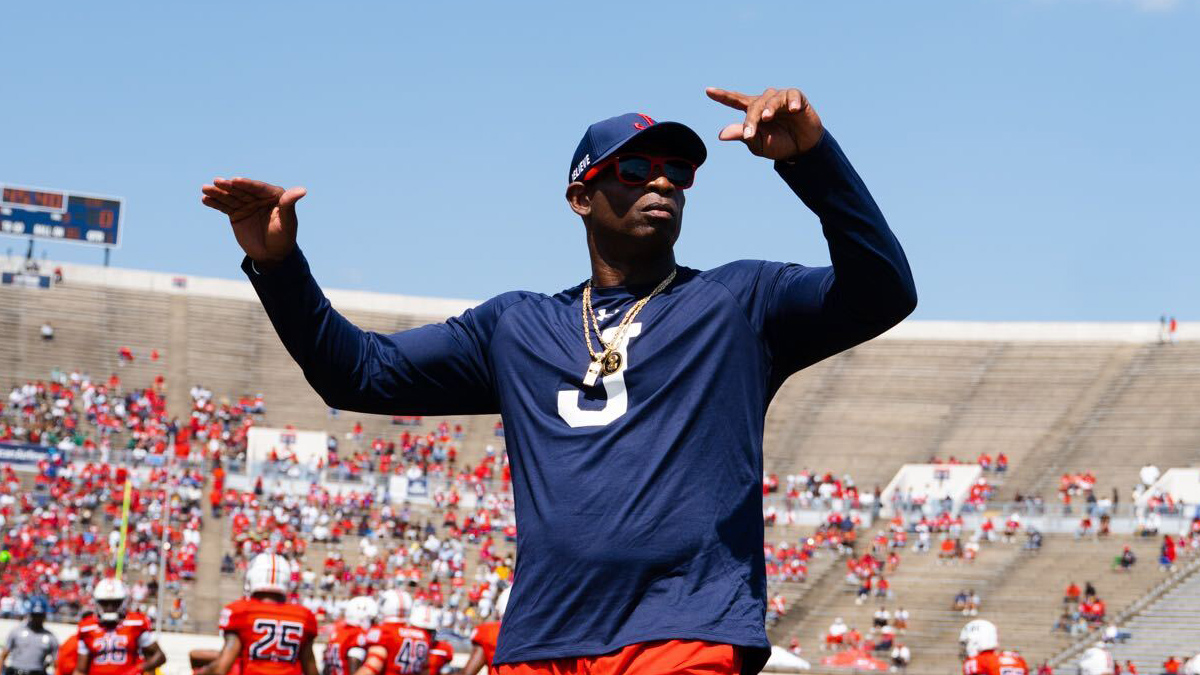 Alabama State head coach Eddie Robinson Jr. and Deion Sanders had a meeting in the handshake line that got really awkward.

Deion Sanders promised that Saturday’s Jackson State-Alabama State game would be a ‘gift’ early in the week, but he was in for a surprise of his own Saturday night.

Things got awkward and even physical in the handshake line as Alabama State head coach Eddie Robinson Jr. pushed off Deion Sanders when he attempted to lean in and give him a hug. Sanders threw up his hands in exasperation as Robinson walked off the field.

“I thought it was a lot of disrespect the whole week,” Robinson said, explaining his actions. “In the post-game, I’m not going to give you the Obama ‘bro hug.’ I’m gonna shake your hand and go on.”

The Alabama State defense had no answer for Jackson State’s pass-heavy approach, as JSU threw its way to a 26-12 victory.

Shedeur Sanders racked up a game-high 332 yards through the air in the Jackson State victory. The team’s success came down to offensive control. Several key conversions allowed JSU to extend drives and accumulate 35 total game minutes of ball possession. On top of that, Jackson State’s defense showed out, limiting Alabama State to just 1.7 yards per rush and 5.3 yards per pass attempt.

Alabama State struggled to sustain long drives, only controlling the ball for 25 of the game’s 60 minutes. Losing 65 yards to penalties certainly also played a role in their struggles. However, Kisean Johnson pulled down a season-high one receiving touchdown to keep the matchup within a score.

Jackson State’s win ups their record to 5-0. On the other side, Alabama State falls to 3-3 with the loss. We’ll have to wait until Oct. 15 to see how each team responds. JSU’s next test is against Bethune-Cookman in Jacksonville, FL. Alabama State will try and get it together next weekend at home. That could be a chance for a win, as they host Mississippi Valley State University who comes in with a losing record.