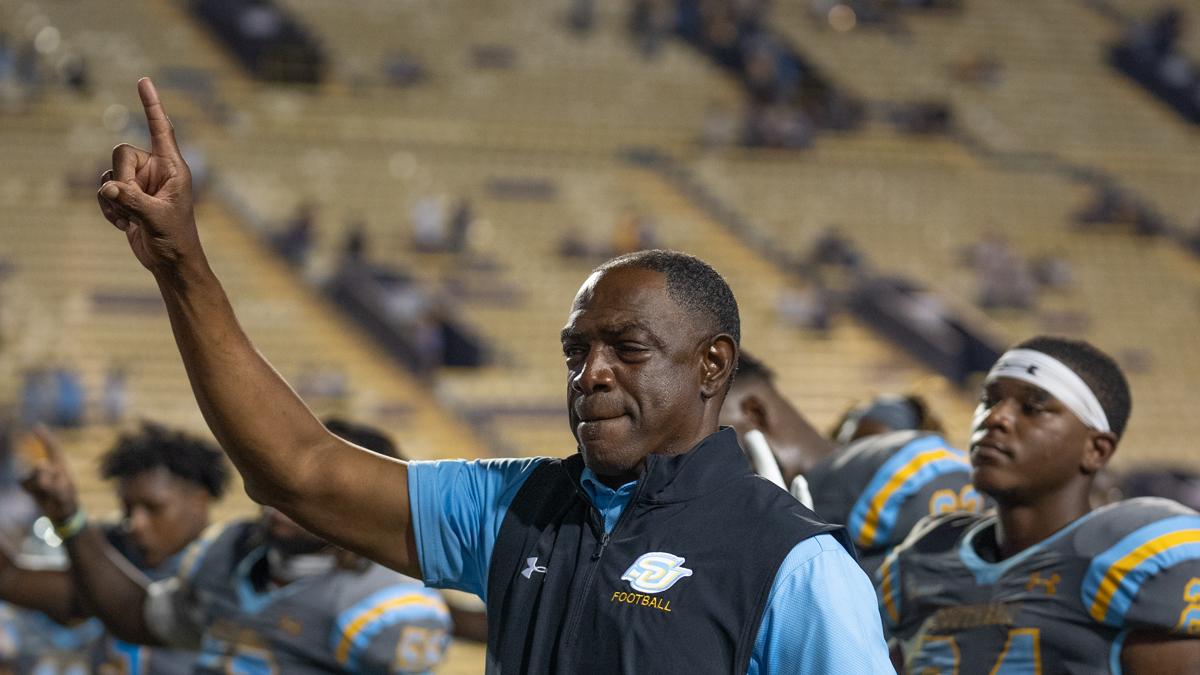 Southern University made easy work of the defending SWAC West champs on Saturday.

After losing against Prairie View A&M the last time the two teams met, Southern University finally got its revenge on Saturday evening, running away with a 45-13 win over its SWAC West rival.

It was the first time the two division rivals matched up since Eric Dooley left Prairie View A&M to take over at Southern.

Besean McCray’s dual-threat ability was on full display to lead Southern. He put up 275 yards through the air and 85 on the ground to keep Prairie View A&M’s defense guessing. Southern University put an emphasis on valuing the ball, as they did not commit any turnovers all game. The extra care paid off, as SU’s offense was able to sustain drives and amass 462 total yards.

Prairie View A&M had a 10-7 lead at the end of the first quarter, but couldn’t put together a full 60 minutes. On top of that, Prairie View A&M’s defense couldn’t handle SU’s running game, giving up 5.2 yards per carry. The score might not show it, but PVAMU’s Trazon Connley had a good game. He went 16-for-28 for 160 yards.

Southern’s success on Saturday ups it’s record to 3-2 on the season. Southern University will get it’s next test when it welcomes Alcorn State to A.W. Mumford Stadium on Oct. 15. For Prairie View A&M, this game was another reminder of how tough the competition is in HBCU football this year.  PVAMU was a top-four team in the HBCU rankings headed into Saturday’s game. Next weekend’s visit to Beaumont will be a decent opportunity to bounce back. They will take on Lamar University, which is 0-5 on the year.