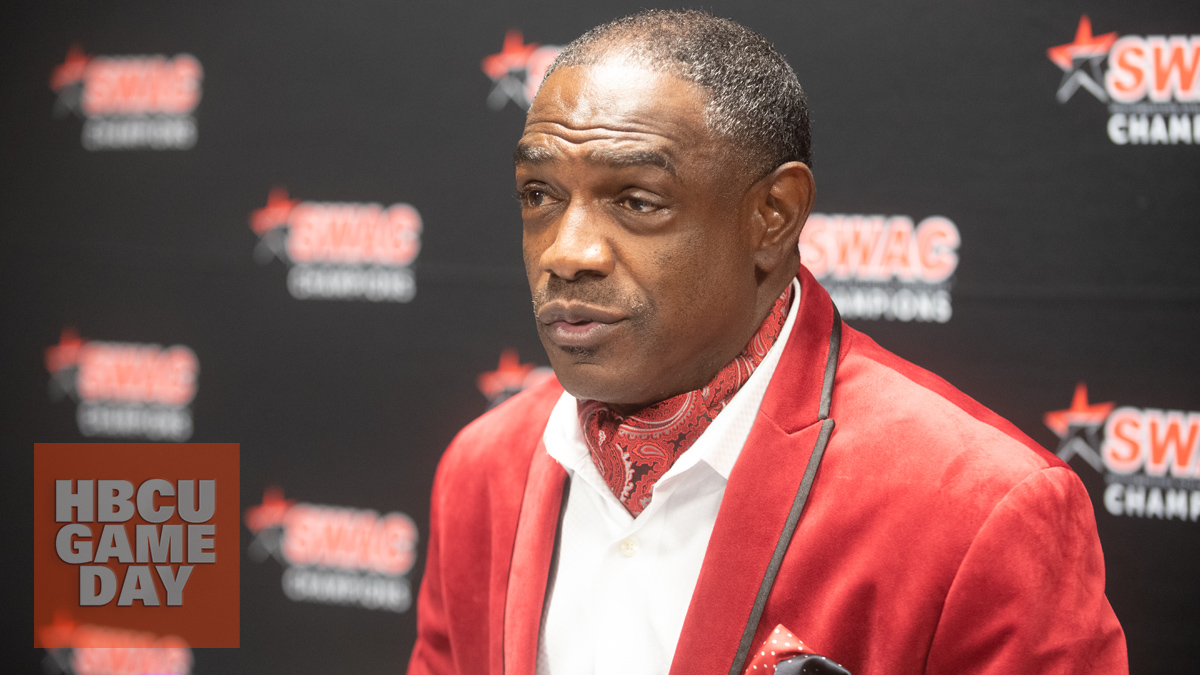 Prairie View will be looking for a new head coach as Eric Dooley is taking the job at Southern University.

Less than 48 hours after a heartbreaking loss to Jackson State, Eric Dooley has decided to take his talents back to Louisiana.

Southern University has announced that Eric Dooley will become its next head coach. Dooley fills the role vacated by Dawson Odums when he left for Norfolk State earlier this spring. Jason Rollins served as interim head coach during the fall, going 4-7.

This comes after Dooley led Prairie View to a 7-4 regular season record as it claimed the SWAC Western Division title. Prairie View A&M lost its last four games, however, including a 27-10 loss in the SWAC Championship Game on Saturday. He led PVAMU to a 20-17 record in three full seasons plus an abbreviated spring campaign in 2021.

When asked after the game what he saw in the future for himself and Prairie View, Dooley said it was time to look forward and not back.

“I told them ‘you can’t let Jackson State beat you twice. That means, we’ve got to put this in our rearview mirror. Go back to work,” Dooley said. “Only way you can do that is just grinding and get ready for the next year. It’s a long season, but you can’t have any excuses. It’s time to go to work. I don’t believe in taking a break.”

Eric Dooley returns to his roots

The New Orleans native has strong ties to Louisiana and Southern. He played his college ball at Grambling State for legendary coach Eddie Robinson in the 1980s. However, both of his degrees come from the Southern University System, including a master’s degree from the flagship campus. Dooley spent 13 seasons in Baton Rouge as an assistant for another SWAC coaching legend in Pete Richardson.

Under Dooley’s guidance in 2015, Grambling ranked fourth in the nation in scoring (41.3 points per game), scored 65 touchdowns, and averaged 470.0 yards per game.

Now Eric Dooley will look to rebuild a Southern program that will have to contend with the Prairie View team he constructed as well as Alcorn State and — of course — Grambling.