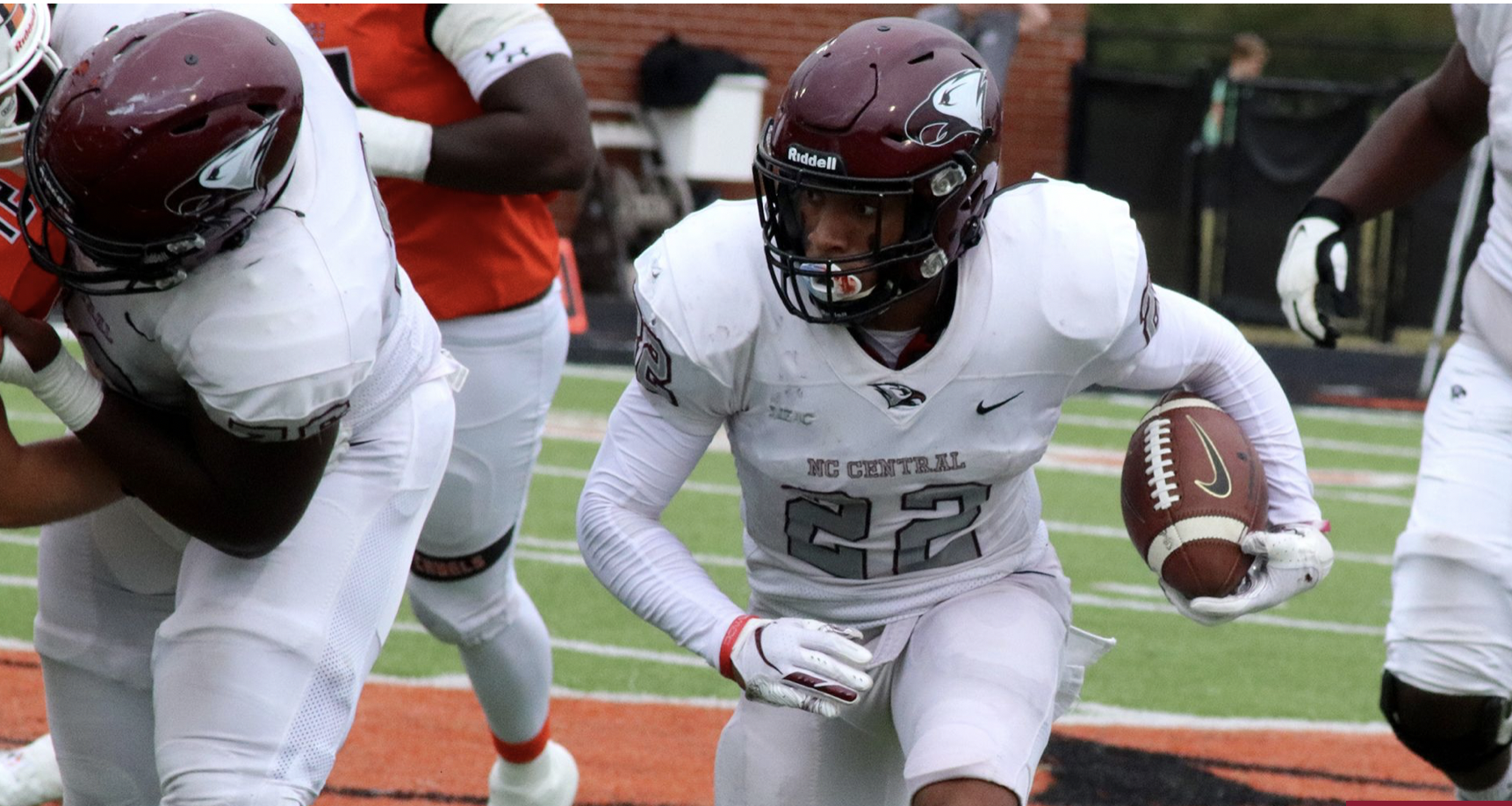 The takeaways from the end of NC Central’s winning streak in a 48-18 loss to Campbell:

In its loss to Campbell, NC Central (4-1) had a seven-game winning streak in Division I-FCS come to an end. It was the longest streak in the division. The loss likely will cost NCCU its spot in the latest FCS poll, where it was ranked 25th in the STATS Perform rankings.

On Saturday, the Eagles gave up nearly as many points in one game (48) as they had in the previous four victories (54).

Before the game at Buies Creek, the Eagles had intercepted six passes and recovered one of the six fumbles it had forced. Against the Camels, there were no fumbles and no interceptions. The Eagle defense had eight sacks before Saturday, but just one against the Camels (2-2).

“I mean, you’re talking about a top 25 team. This is not some slappy down the street,” Campbell head coach Mike Minter said. “These guys were 4-0. They beat A&T, and New Hampshire at New Hampshire, and dominated them. So you know to get a win like this in the fashion that we did it, I’m very proud of my guys.”

Each week during the Mid-Eastern Athletic Conference coaches’ call, NC Central Coach Trei Oliver says he doesn’t want quarterback Davius Richard to run the football too often because he has a stable of running backs to carry that load, but guess who leads NCCU in rushing?

Richard ran 11 times for 37 yards against Campbell, topping a ground game that could manage only 96 yards on 29 carries. He completed 21 of 35 passes for 294 yards and two touchdowns.

For the season, Richard has run for 286 yards on 46 carries. He has six rushing touchdowns.

Among the running backs Oliver hopes will carry the bulk of the load, Latrell Collier had 36 yards on seven carries and J’Mari Taylor gained 23 yards on 10 carries.

NC Central didn’t run the ball well, and had trouble stopping Campbell from doing so. The Camels ran 50 times for 315 yards and five touchdowns. Bryant Barr led the attack with 135 yards on 23 rushes.

Oliver said he was concerned about the size of the Campbell offensive line; right guard Josh Noble, a freshman, was the lightest of the front five at 285 pounds. Everyone around him is at least 300 pounds, and Minter used that to his advantage.

Stopping the run was a specific problem to the NCCU defense. Keeping Campbell’s offense in check in general seemed to be too difficult as well.

Quarterback Hajj-Malik Williams completed 22 of 33 passes for 248 yards. He also ran for 46 yards and a score.

The Camels converted 10 of 15 third downs, compared to five of 12 for the Eagles. Campbell missed its lone fourth-down conversion attempt.

A BYE WEEK, THEN BACK TO WORK

NC Central will have next Saturday off before it opens its MEAC schedule against Morgan State in a Thursday night game in Durham.