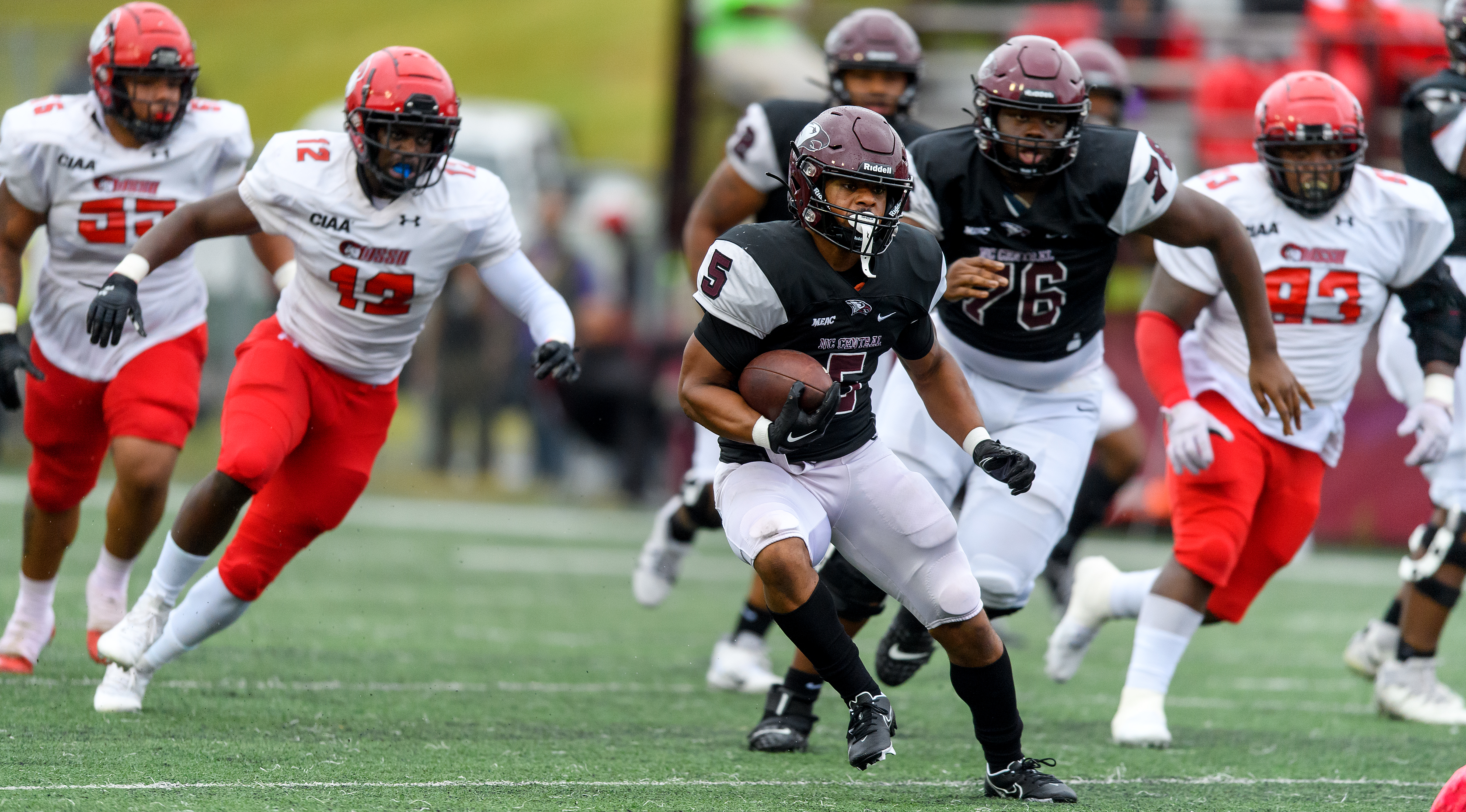 Trei Oliver sees a big challenge for NC Central this weekend. That’s big, as in large young men playing for Campbell and trying to end their unbeaten streak.

“They’re huge up front on both sides of the ball. The offensive line looks like an NFL team,” Oliver says. “So, we’re going to see my little young high school guys, what we’re going to do this weekend.”

NC Central (4-0) goes against the Camels (1-2) in a game that was moved ahead to a noon kickoff because of the expected impact from the remnants of Hurricane Ian. The Eagles are on a seven-game winning streak dating back to last season, the longest such run in the NCAA Division I-FCS.

CAMPBELL IS EXPERIENCED, HAS BIG LINES

Oliver says Campbell’s two offensive tackles weigh 345 pounds and 355 pounds. That could pose a problem for the Eagles defense, especially if it wants to get its hands on quarterback Hajj-Malik Williams, who has thrown for 661 yards and three touchdowns and run for another 126 yards, with 91 of those coming against William & Mary in a loss.

“He can beat you with his feet as well as his arm,” Oliver says. “He is an outstanding quarterback, probably the best one we’ll see this year.”

The defense has given up 96 points in three games, but defensive lineman Josh Johnson says he sees improvement.

“Each week, we’re able to bridge the gap to where we want to be as a defense,” Johnson says.

Campbell’s recruiting class prior to this season has been ranked tops in the FCS. The incoming class included 19 freshmen, and Oliver says the Camels have a lot of experience as well.

“It’ll be interesting to see with them being an older team,” he says. “I think they have about 14 starters that are seniors and 27 transfers.”

And despite a 59-14 beatdown of Virginia University of Lynchburg last weekend, Oliver wasn’t pleased with how his team conducted itself early.

“I thought when we came out, we lacked focus, and we played about like we looked,” he says. “Guys came out without shirts tucked in, t-shirts hanging out and all. We don’t do that here and we hadn’t done that the first there games.”

The shirts apparently got tucked in and the offense picked up from its 28-0 halftime lead. Davius Richard was 12 of 17 for 148 yards and three touchdowns. He ran for 41 yards on six carries, while the trio of Chris Mosley, Latrell Collier and J’Mari Taylor combined for 195 yards rushing.

Even with concerns about Campbell’s size and experience, Oliver says it’s the Camels who need to bring their best game.

“I don’t want to go in there and feel these guys out and try to play with them,” he says. “Let’s see if Campbell can play with us … We have a good football team here, and we’re going to see if they can match our intensity.”