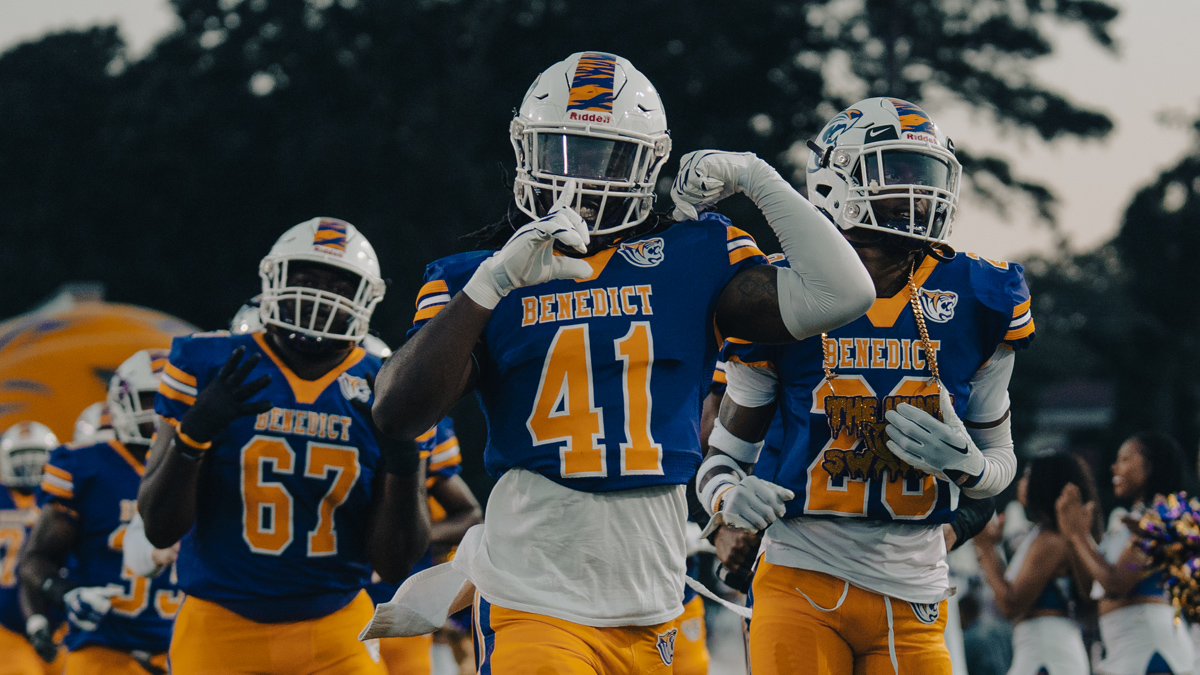 Both Benedict College and Fort Valley State arrived unbeaten on Saturday, but the separation took place early on.

The Wildcats entered the game with the SIAC’s top-ranked defense against the run, allowing just 76.8 yards per game. The Tigers out-gained the Wildcats 299-142 on the ground, with quarterback Eric Phoenix leading the way with 83 yards, while Dyquan Bloodsaw picked up 56 yards on just three carries.

“We did a good job of studying film and breaking them down,” Berry said. “I’m so proud of the guys. They bought into the plan and executed the plan. We knew they were No. 1 in the league in rush defense and we took that as a challenge. We found a way to run the football. We knew they had the lead running back. We knew if we could stop their run, we would have a chance to win the game.”

Noah Zaire Scotland accounted for four touchdowns on the day, rushing for 47 yards and three scores and catching one. Ja’ron Kilpatrick returned a fumble 54 yards for a touchdown, and the Benedict defense recorded a safety on a John Hannibal tackle in the fourth quarter.

The Tigers pulled away in the third quarter, scoring 20 points. Scotland scored on a seven-yard run, then the Wildcats fumbled the ensuing kickoff and Benedict recovered. Seven plays later, Scotland scored again from a yard out to put Benedict ahead 33-6. On the Wildcats’ next series, FVSU quarterback Kelvin Durham fumbled the snap, and Kilpatrick scooped up the loose ball and sprinted 54 yards for a touchdown, increasing the lead to 40-6.

The Tigers opened the game by scoring touchdowns on their first three offensive series to take a 20-6 lead at the half.

Benedict opened the game by going 72 yards on seven plays with Phoenix connecting with Reginald Harden for a 16-yard touchdown. After forcing the Wildcats into a three-and-out, the Tigers took over and drove 41 yards on six plays. Phoenix tossed a nine-yard scoring pass to Scotland to put the Tigers up 13-0.

The Wildcats cut the lead to 13-6 on the next series, scoring on an 11-yard run. Benedict responded with another drive, with Scotland punching it in from two yards out for a 20-6 lead.

Benedict dominated the first half, out-gaining the Wildcats 287 yards to 106 yards.