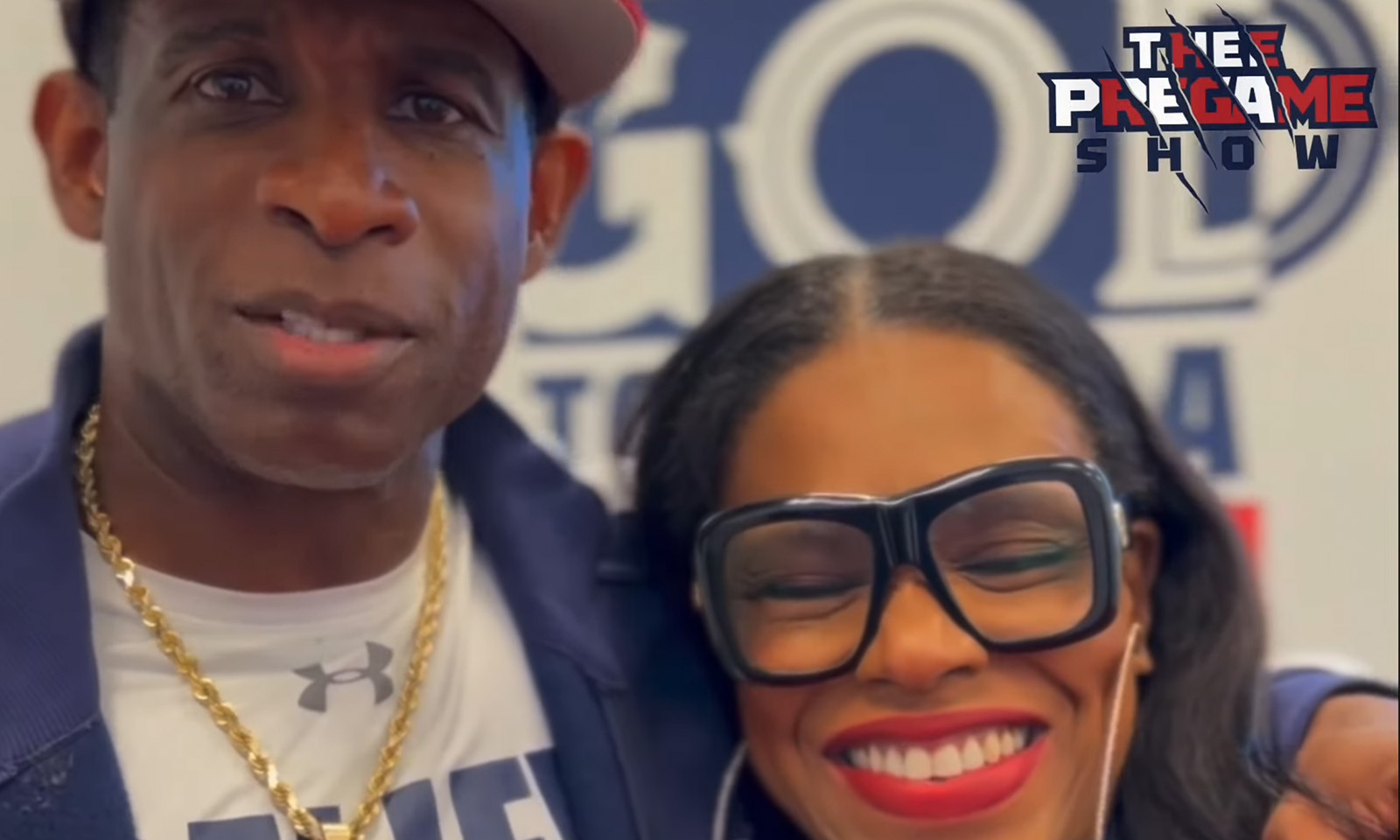 Emmy award winning actress Sheryl Lee Ralph recently visited Jackson, Mississippi to deliver the keynote at Jackson State‘s annual Mary E. People Scholarship Luncheon. One thing she was sure to do while in town was pay a visit to JSU head coach Deion Sanders.

I Appreciate What You’re Doing

“I feel like I should shut up around you,” Sanders said.

“Well I gotta tell you this,” Ralph said. “Deion, coming down here to Mississippi, I said to myself, when I get to Jackson State there’s one person I must meet and that is Deion and I appreciate what you’re doing for the young men on your team.”

Sanders looked to the camera and shook his head.

“You think I’m gonna say something after that?” he said.

Ralph and Sanders chatted about Ralph’s recent Emmy win. Ralph is the first Black woman in 35 years to win an Emmy for outstanding supporting actress in a comedy series for her role in ABC’s Abbott Elementary.

Sanders referenced Ralph’s acceptance speech, which was a highlight of the awards show broadcast.

Ralph gifted Sanders with two t-shirts, one with the word “vote,” the other with “power.”

“I got one for your son, because I want you to tell your son to tell all of his friends they got to vote,” she said. “There you go.”

“I got you,” Sanders said. “I definitely will.”

The Future is Here

Before departing, Sheryl Lee Ralph spoke of Jackson State and the importance of HBCUs with a delivery that only she could.

“I am here at Jackson State where miracles are made,” Ralph said. “Trust me, the future is right here in Jackson State, in Jackson, Mississippi. Don’t be afraid to come to an HBCU. Find yourself. Be a part of a change that is so needed for us.”