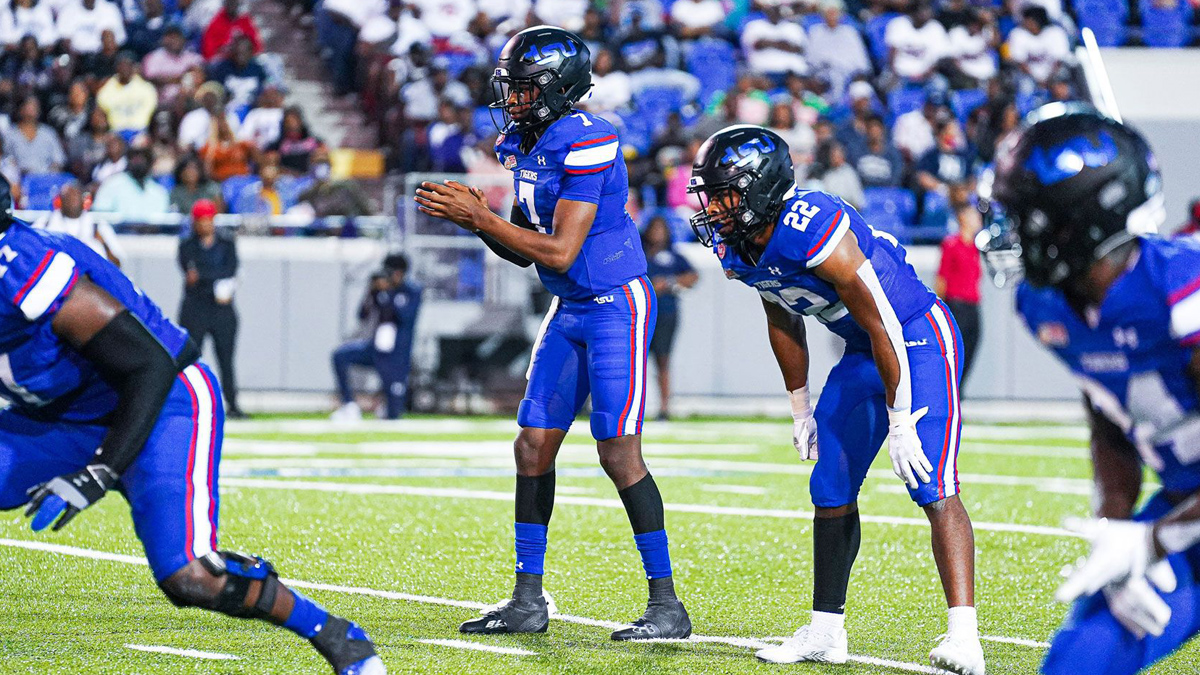 Tennessee State is looking for its first win of the season against Lane College, but it may have to do so without its starter.

Tennessee State is still searching for its first win as the season nears the end of its first month. It may very well get it against Division II Lane College, but it might have to do so without its starting quarterback.

“It will probably be a game-time decision with Draylen,” George said via the Tennessean. “He is making progress. We’re very happy to see where he is. Being out of the boot is a good sign so now it’s a matter of him getting back to practice and seeing where he is on the field.”

A transfer from Austin Peay, Ellis has been decent this season, completing 57 percent of his passes for two touchdowns against two interceptions in losses to nationally-ranked squads Eastern Washington and Jackson State to start the season prior to the Middle Tennessee game.

Ellis’ backup is Chayil Garnett, a transfer from Auburn. He completed six of 10 pass attempts against Middle Tennessee, throwing one touchdown and one interception.

Saturday’s game feature Tennessee State against Lane College in the John Merritt Classic. The game will be played on TSU’s campus at Hale Stadium.

The Dragons picked up a 20-9 win over Edward Waters this past Saturday to move to 2-2 on the year. Lane is averaging 25.0 ppg while holding opponents to 19.25 ppg. Lane has tallied 1,384 yards on the year, including 860 yards through the air and 524 on the ground. Michael Huntley leads Lane with 774 passing yards and seven touchdowns, while Ike Brown leads the team on the ground with 226 yards and three touchdowns.