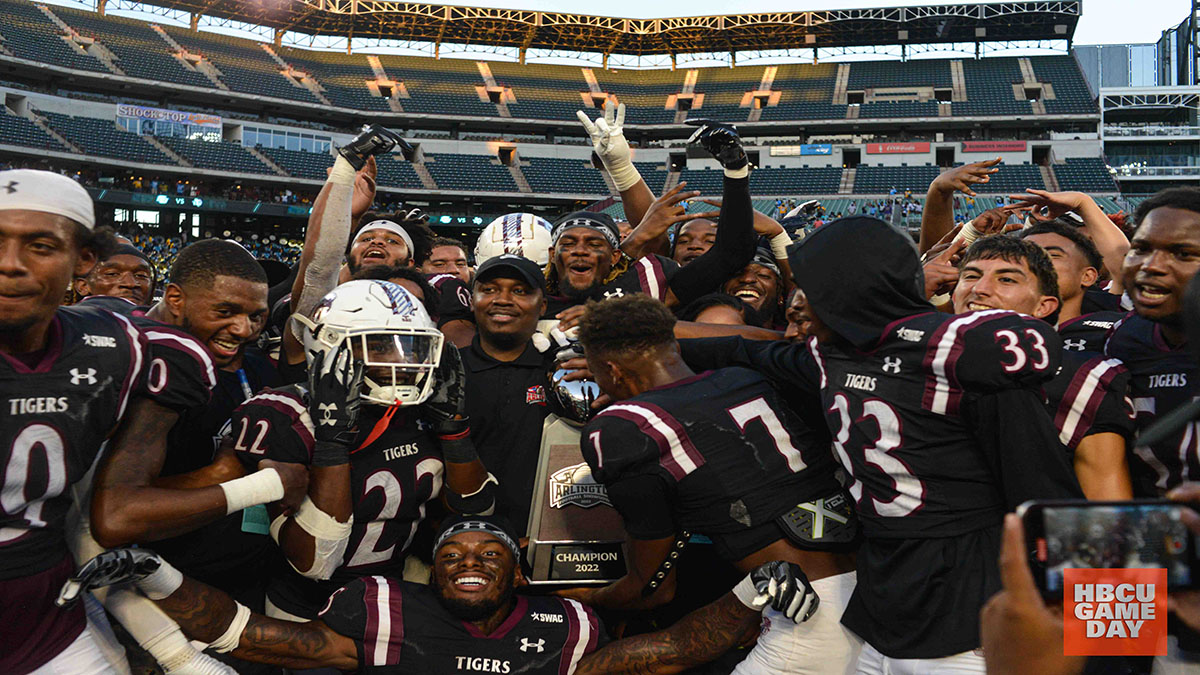 Arlington, Texas- For the second consecutive year, the Texas Southern Tigers defeated Southern in the Arlington Football Showdown in front of 16,667 fans. This year doing so in impressive fashion, keeping the Southern Jaguars off the scoreboard. The Southern Jaguars tightened up in the second half, only giving up three points. The game is played inside Choctaw Stadium, the former home of the Texas Rangers baseball team.

Texas Southern Quarterback #1 Andrew Body winds up to throw a pass during the first half. (Photo: Dominique Monday/ HBCU Gameday)