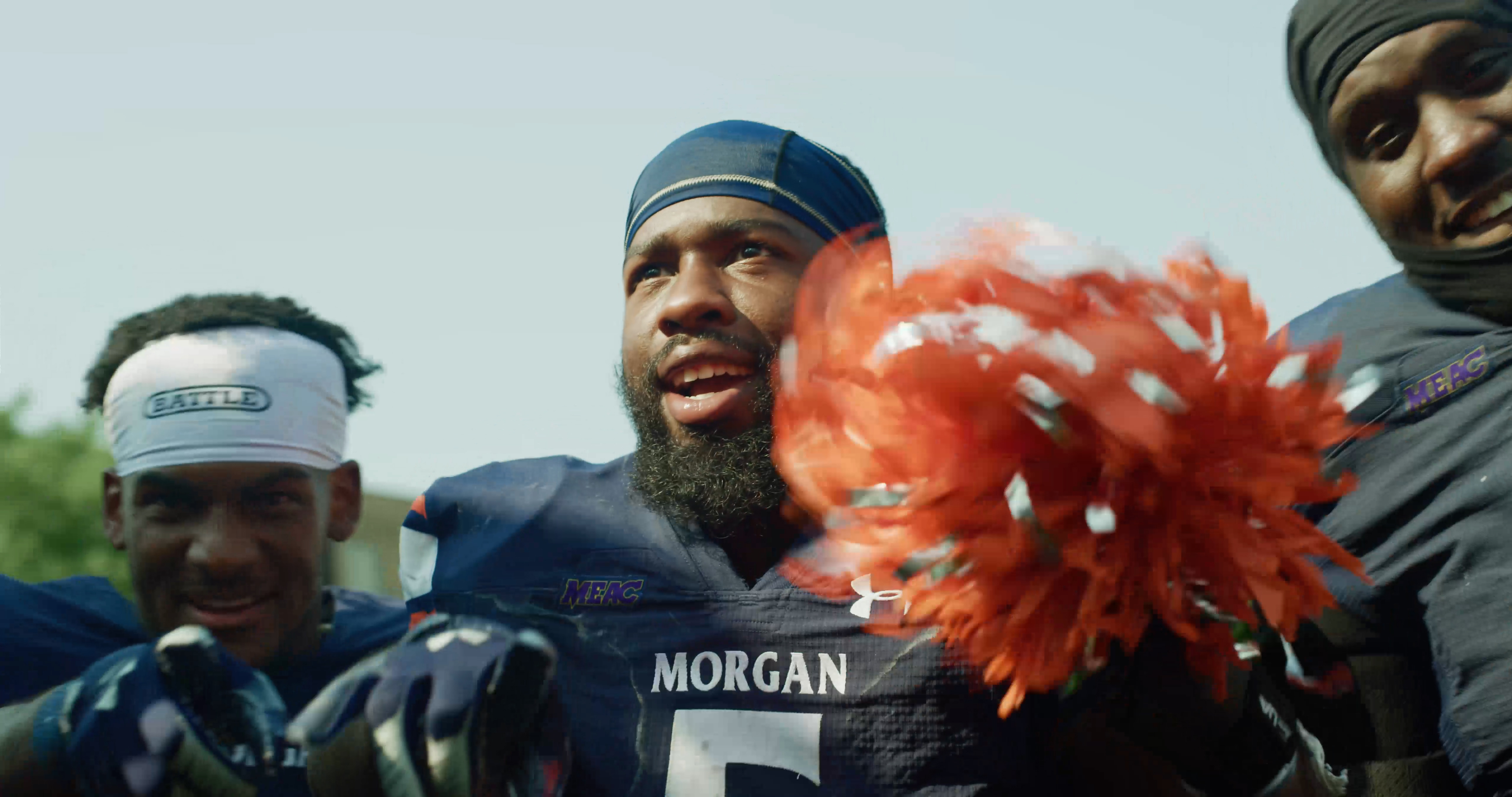 Alfonzo Graham led the way for Morgan State in a big win against Sacred Heart.

After losing against Sacred Heart the last time they met, Morgan State got some revenge on Saturday afternoon at Hughes Memorial Stadium, winning 24-9.

Alfonzo Graham led the way for Morgan State, accumulating a team-high 74 rushing yards to set the tone. The team’s offense was balanced throughout, accumulating 279 total yards on a 52-48 run-pass play selection split. But it wasn’t all positive. Morgan was undisciplined at times, getting tagged for 114 yards off penalties.

Sacred Heart made some costly mistakes on Saturday, giving up 10 penalties. Beyond that, their offense just seemed out of sync at times. They couldn’t keep pace with Morgan State. Troy Holland led the scoring for Sacred Heart with one touchdown catch.

Morgan State’s win was much needed. They get back on the right track and end what was a two game losing streak. With a bye coming up on the schedule, they’ll have an extra week of preparation for their next game against Virginia-Lynchburg on Oct. 1. On the other side, Sacred Heart now sits at 1-3 on the year. They will look to rebound in their next game against Dartmouth on Sept. 24.

THE SERIES
• The teams will meet for the third time in program history … The Pioneers posted a 21-7 victory in last season’s contest in Fairfield, Conn.
• MSU recorded a 30-27 victory Sacred Heart on Sept. 1, 2012 at Hughes Stadium.

QUICK HITS
• The 2022 Morgan State Bears will be under the leadership of head coach Damon Wilson. Wilson, the 23rd coach in school history, comes to Morgan after serving for 13 seasons as the head football coach at Bowie State. There, he achieved three straight Central Intercollegiate Athletic Association (CIAA) conference championships, in 2021, 2019 and 2018; five NCAA playoff berths; and three CIAA Coach of the Year honors.
• Carson Baker, a 6-3, 205-pound transfer from Western Kentucky, completed 10 of 24 passes for 152 yards with two TDs and a pick in the Bears 29-21 loss at Towson.
• The Bears return pair of running backs from last season’s team … RB Alfonzo Graham (Baltimore, Md.) led the team with 89 yards on 17 carries and scored two TDs against Towson, while RB Jabriel Johnson (Baltimore, Md.) finished with five carries for 36 yards.
• Morgan State has a number of offensive lineman as they enter the 2022 season … The Bears have 15 OL listed on the roster and will be led by veteran G Marvin Atuatasi (6-1, 305) and T Chris Anthony (6-4, 290).
• LB Lawrence Richardson led the Bears in 2021 with 68 tackles (40 solo), 5.5 tackles for loss and a sack … FCS-focused podcast/website The Bluebloods named Richardson to its 26-member preseason All-MEAC team … he recorded a game-high 13 tackles with 2 TFL and a forced fumble last Saturday at Towson.
• Elijah Williams excelled as a linebacker for the Bears during his freshman season .. he was the Bears’ third leading tackler a season ago in which he recorded 52 stops (30 solo) with a team-high 8.5 tackles for loss and two sacks … the new coaching staff has converted him to defensive end.
• 2021 Preseason All-MEAC First Team selection Jae-Veyon Morton, aka. Knock, returns as a veteran and one of the top corners in the league. The 5-9 senior from Detroit finished the 2021 season ranked T-No. 4 in the conference in passes defended (8) and No. 9 in tackles with 63, averaging 5.7 per game.  The junior also added an interception and a pair of tackles for loss on the season.
• Saturday’s game will be the first of four noon kickoffs at Hughes Stadium for the Bears.