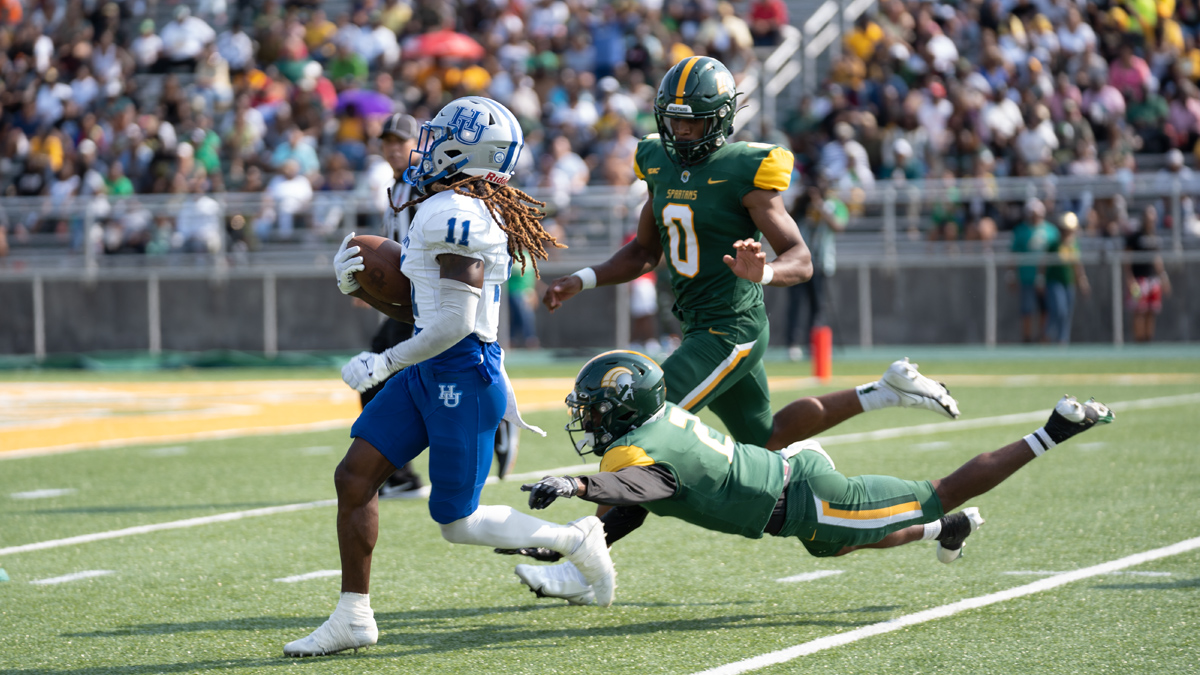 Hampton outlasts Norfolk State in the Battle of the Bay

Hampton University got revenge in the Battle of The Bay rivalry, taking one from Norfolk State on the road.

NORFOLK, VA — After losing against Norfolk State the last time the two programs met, Hampton finally got its revenge on Saturday afternoon, winning 17-7 in the latest edition of “The Battle of The Bay.”

“It feels great. We’ve been thinking about it 365 day,” KeShaun Moore said after the game. “Just ready to come out here and get a good team win.”

Romon Copeland put up 111 receiving yards, including the go-ahead touchdown, to lead Hampton’s aerial attack. HU quarterback Christopher Zellous had success with his arm along with his legs. He combined for 215 total yards on the day, 153 passing and 62 yards rushing. In all, HU’s offense put up 327 total yards on a 41-59 pass-run play selection split.

Da’Quan Felton was the preferred receiving option for Norfolk State, collecting one touchdown catch to lead the way. Norfolk’s secondary was a different story, allowing HU’s offense to rack up 10.8 yards per pass attempt. They also racked up 65 yards of penalties, which proved too much to overcome.

The game was entirely different from the 2021 game, which saw both teams score almost at-will and needed overtime for NSU to win.

Hampton’s win ups their record to 3-0. It was more of the same for Norfolk State as the losses continue to add up for the season. Norfolk’s current losing streak dates to Sept. 3. We’ll have to wait until Sept. 24 to see how each team responds. HU will be looking for another win in its first-ever Colonial Athletic Association game at Delaware. Meanwhile, Norfolk State will hope to rebound and get in the win column with a home game against Saint Francis (PA).

Hampton outlasts Norfolk State in the Battle of the Bay