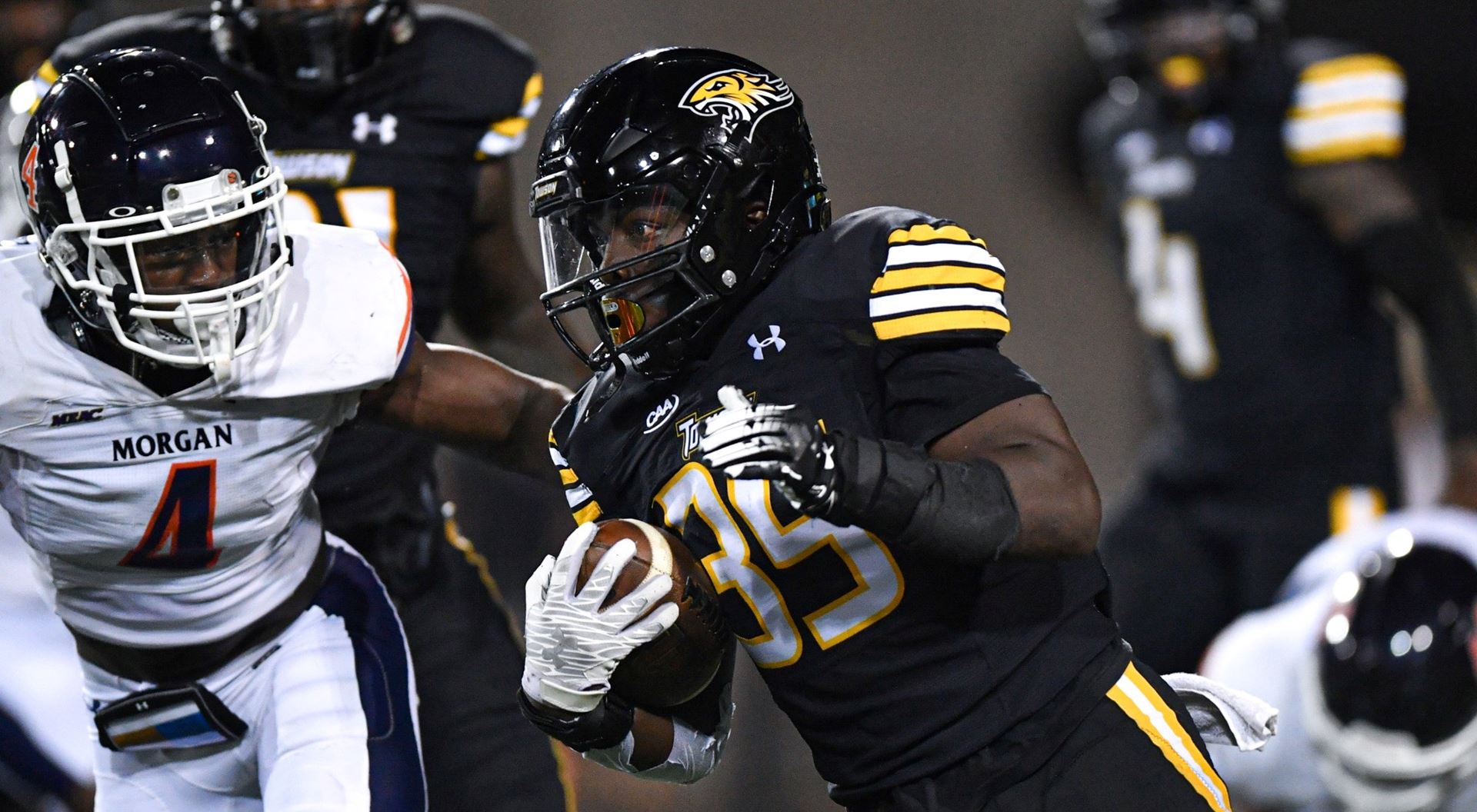 Towson wins the Battle for Greater Baltimore against Morgan State

Towson extended its winning in the Battle for Greater Baltimore against Morgan State on Saturday night at Johnny Unitas Stadium, taking the win by a final score of 29-21.

Tyrrell Pigrome played a well-rounded game to keep defenders on their toes, throwing for 157 yards and rushing for 124 more. Towson piled up 385 yards in an efficient offensive performance. But it wasn’t all positive. Towson was undisciplined at times, getting tagged for 105 yards off penalties.

Alfonzo Graham showed his versatility to lead Morgan. He rushed for 89 yards, while also catching one touchdown. The Bears’ defense couldn’t handle the Towson’s running game, giving up 5.1 yards per rush. They also racked up 75 yards of penalties, which proved too much to overcome.

Saturday’s win continues the momentum in this head-to-head series for Towson. Their win streak now stands at four since 2015. On the other side, the Bears falls to 0-2 with the loss. Each team will get their next chance on Sept. 17. The Tigers will be looking for another win against West Virginia. While Sacred Heart University travels to Baltimore for Morgan’s next contest.

Towson wins the Battle for Greater Baltimore against Morgan State