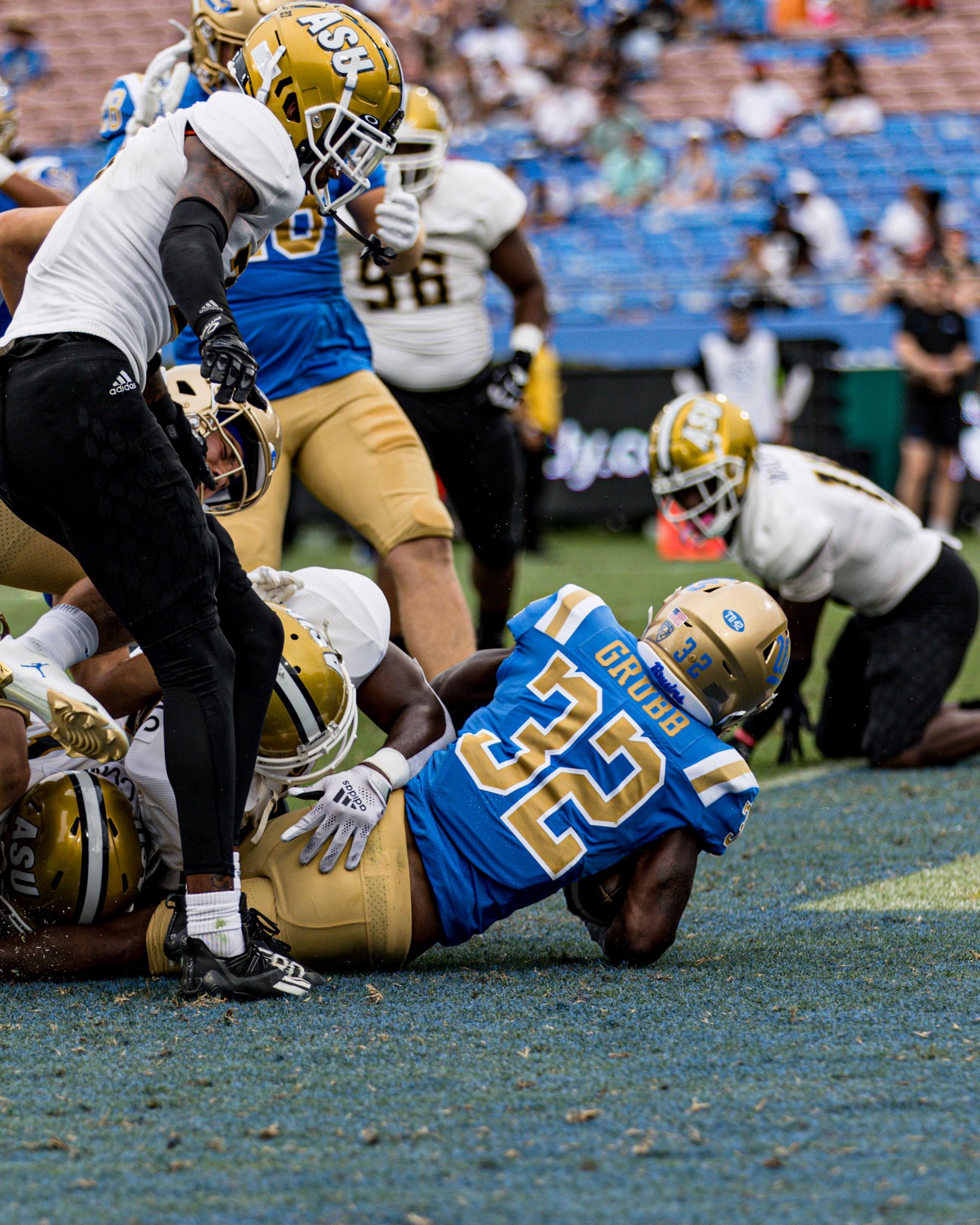 UCLA gives Alabama State its first loss of the season

UCLA stormed past Alabama State Saturday afternoon at the Rose Bowl tallying up a final score of 45-7.

Backup Quarterback Ethan Garbers led the UCLA Bruins, scoring two touchdowns on the ground. Winning the turnover battle 3-1, extra possessions were a big factor in the Bruins’ success. The extra care paid off, as UCLA’s offense was able to sustain drives and amass 485 total yards.

Alabama State had trouble putting together long drives; punting six times, making it tough to get points on the board. Along with inconsistent drives, the Hornet’s secondary was an issue. They allowed a concerning 8.8 yards per pass attempt.

A second straight win to start the season has UCLA fans fired up. They will get their next test when they welcome South Alabama to the Rose Bowl on Sept. 17. On the other hand, the loss was a setback for Alabama State, who had put together a string of wins heading into today’s game. Thankfully they’ll have extra time to make corrections before their Sept. 24 contest against Prairie View A&M.

UCLA gives Alabama State its first loss of the season