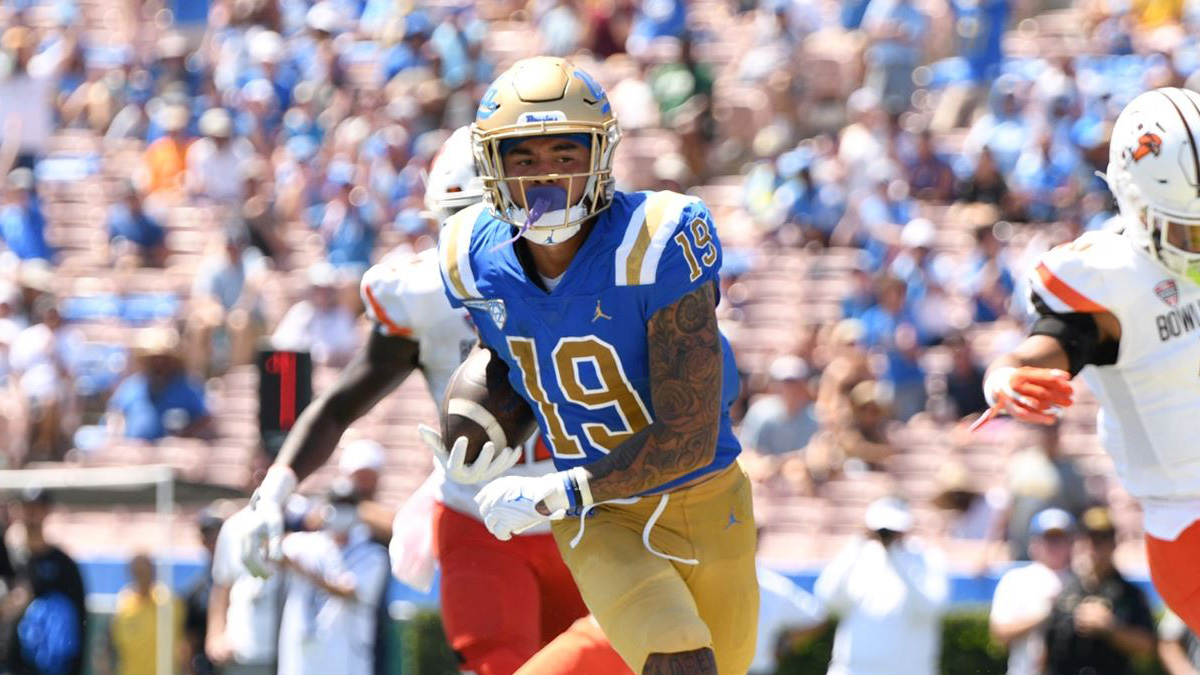 UCLA-Alabama State: Politics for both P5 and HBCU programs

UCLA will host Alabama State, the first of two games against HBCUs, on Saturday. But these games have detractors on both sides.

UCLA football will make history on Saturday when it hosts Alabama State University. The storied West Coast program has never played an HBCU, but that will change when ASU rolls into the Rose Bowl on Saturday afternoon.

The game was announced back in February 2021 along with a 2023 matchup against North Carolina Central. NCCU is the alma mater of Virginia Jarmond, late mother of current UCLA AD Martin Jarmond. Michigan had backed out of games scheduled for those two years and suddenly Jarmond had two holes to fill.

“This was the right time for UCLA to do this,” Jarmond said. “You don’t get a trophy for not playing HBCU, so it’s not a badge of honor.

UCLA has taken some criticism for scheduling the pair of games, but head coach Chip Kelly isn’t trying to hear that.

“I don’t think you get a trophy for not playing an FCS school,” Kelly said, “ … so to us I think it’s what was available and I think Martin [Jarmond, UCLA’s athletic director] wanted to see if he could partner with the HBCUs and I think we have two of them coming up, so that’s a pretty cool deal. So we’ll be excited about it when Alabama State comes here.”

Politics for Alabama State as well as UCLA

Alabama State, who comes into the game 2-0 under new head coach Eddie Robinson Jr., will be paid $590k to appear in the game. It is a 50-point underdog according to OddShark. That’s a drop in the bucket, for the PAC-12 (soon-to-be-Big 10) program, but it is a significant number for the SWAC program.

Despite the importance to the bottom line of the budget, many purists on the HBCU side aren’t too fond of playing up against FBS programs — specifically at the Power Five level.

“It’s a necessity for these games to happen,” Williams said. “Most of the time, people don’t even realize, the money doesn’t even go directly to the athletic department — it goes to the university. Which we sometimes deem ‘the black hole.’ So teams are going out here making these sacrifices to support the university as a whole.

Williams, who now works for USA Basketball, provided some brief insight on what is needed to make these games less necessary.

Scheduling philosophies aside, it appears that the student-athletes are excited for the matchup.

“Just for the culture, finally getting to get a school like that out on the West Coast is gonna be a great opportunity for both teams,” UCLA quarterback Dorian Thompson-Robinson said. “And we’re just excited, man. We’re excited to give them the opportunity and we’re also excited to get the opportunity to play them.”

UCLA-Alabama State: Politics for both P5 and HBCU programs