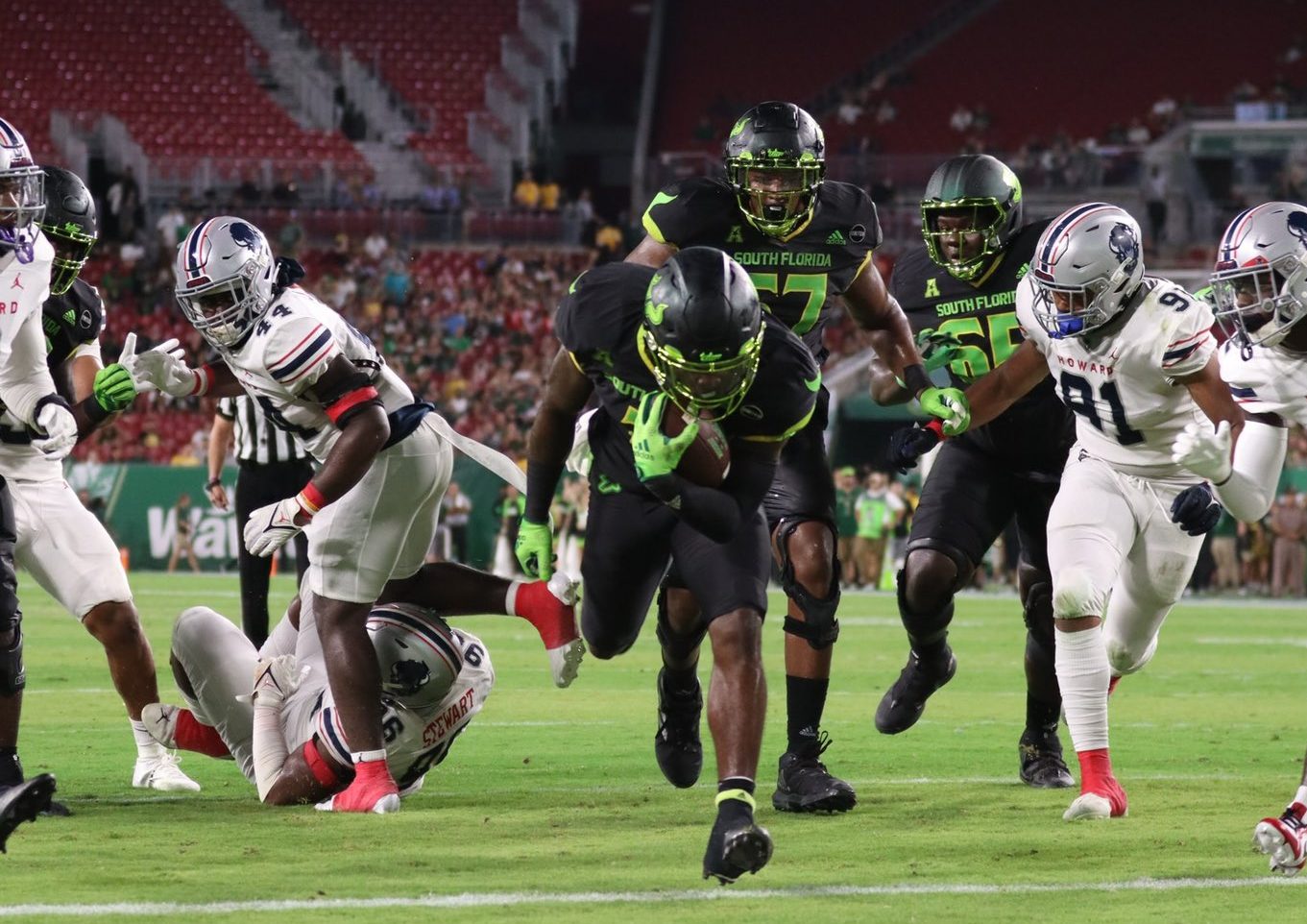 South Florida got off to a slow start at Raymond James Stadium on Saturday night, but ultimately turned it up to overpower Howard by a final score of 42-20.

Brian Battie led the way for South Florida, accumulating a team-high 105 rushing yards to set the tone. The team’s success was driven by quick, explosive plays. With only 21 game minutes of possession, the Bulls’ offense made the most of their limited opportunities. The Bulls executed their game plan well and have a lot to build upon going forward.

Howard had a 7-0 lead at the end of the first quarter, but couldn’t put together a full 60 minutes. On top of that, the Bisons’ secondary was an issue. They allowed a concerning 7.8 yards per pass attempt. Ian Wheeler was a noticeable bright spot. He rushed for 70 yards and one touchdown to lead Howard in the loss.

After suffering an opening game loss, South Florida gets their first win of the season. They now sit at 1-1. It was more of the same for Howard as the losses continue to add up for the season. Howard’s current losing streak still stands. Each team will get their next chance on Sept. 17. The Bulls will be looking for another win against Florida. While Howard will have their next shot at a win on a big stage, the HBCU NYC Football Classic.