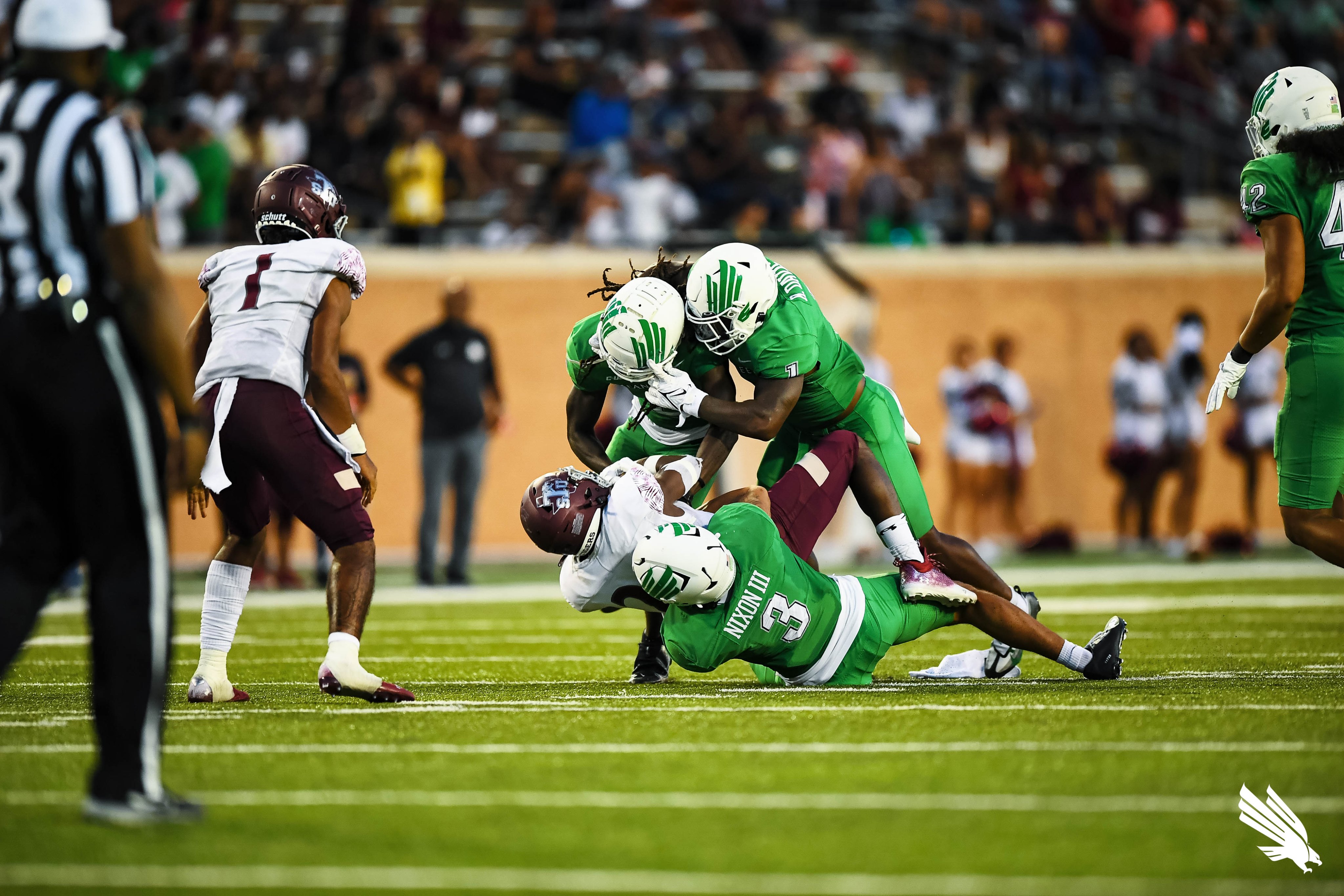 North Texas was dominant in this one, racking up 59 points at Apogee Stadium on Saturday evening to storm past Texas Southern in a lopsided 59-27 victory.

Austin Aune led North Texas’ aerial attack with 218 yards and four touchdown passes. The team’s offense was firing on all cylinders, accumulating 607 total yards. The Mean Green executed their game plan well and have a lot to build upon going forward.

The Tigers struggled from the start, allowing the Mean Green to jump to a 45-17 lead in the first half. Losing 119 yards to penalties certainly also played a role in their struggles. The score might not show it, but Texas Southern’s Andrew Body had a good game. He went 19-29 for 239 yards.

North Texas’ dials ups their record to 2-1. It was more of the same for Texas Southern as the losses continue to add up for the season. Texas Southern’s current losing streak dates to Sept. 3. We’ll have to wait until Sept. 17 to see how each team responds. North Texas will be looking for another win against the University of Nevada, Las Vegas. While Texas Southern will get their next chance at redemption on Sept. 17 in a neutral site showdown with Southern.