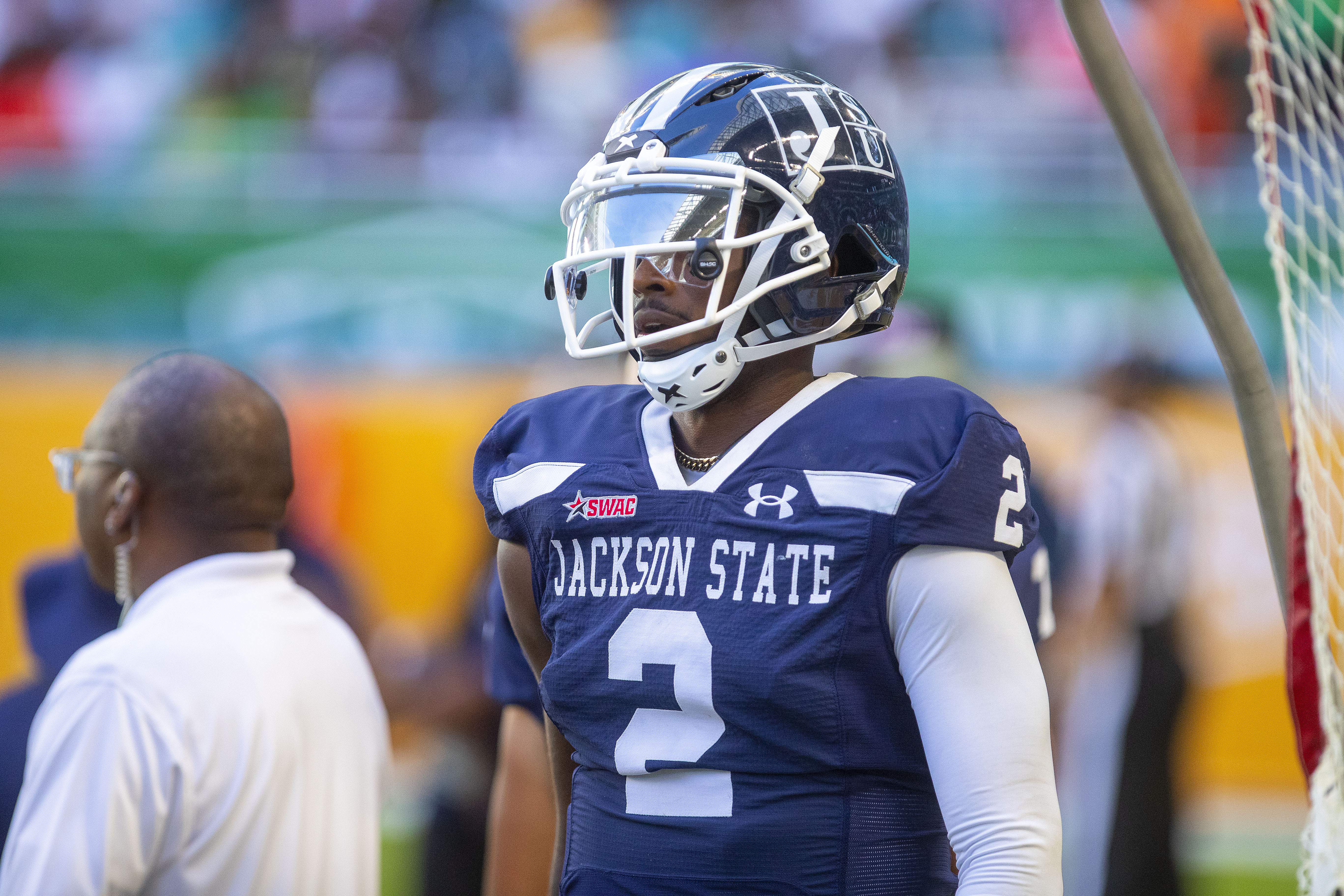 Tennessee State and Jackson State will match up in Memphis for the Southern Heritage Classic.

MEMPHIS, Tenn.  – Week two of the Jackson State football season brings the Tigers to Memphis to take on Tennessee State in the Southern Heritage Classic Saturday in Memphis.

Sanders completed his first 17 pass attempts in throwing more touchdown passes than interceptions. Sanders threw a career-high five touchdown passes with only four incompletions in passing for 323 yards in completing 29 of 33 attempts. It was the 10th career multi-TD passing game for Sanders, and the fourth career 300-yard passing game of his 14-game career.

Shane Hooks had career highs in receptions (six) and touchdown catches (two) with 55 yards and was one of 12 players with at least one reception.

Former NFL running back Eddie George is in his second season as head coach. He led TSU to 5-6 last season, 3-3 in OVC play.