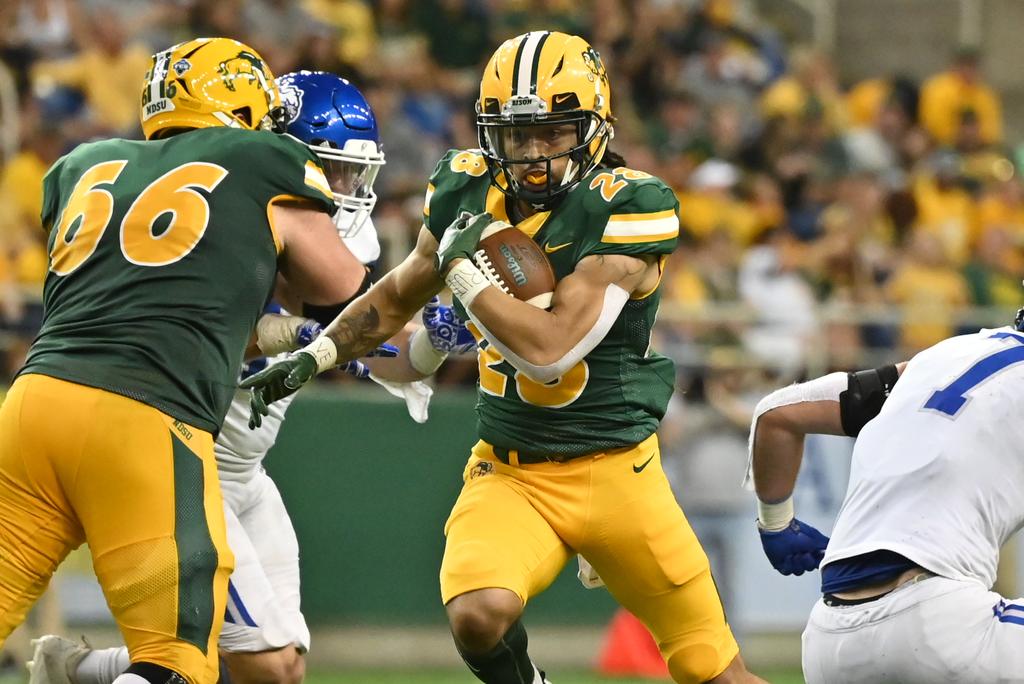 NC A&T will face a formidable foe in FCS No. 1 North Dakota State Saturday in Fargo, North Dakota. It will be the farthest North the Aggies have ever played but not their first time facing an FCS No. 1.

When NC A&T signed up in 2020 to travel to Fargo, North Dakota to face North Dakota State, the Aggies were coming off their second straight Celebration Bowl win and HBCU national championship. They were the unquestioned best team in HBCU football

At the time, North Dakota State had won eight of ten FCS national championships and was acknowledged as being the unquestioned best program in FCS football.

NC A&T head coach Sam Washington dubbed the meeting “our best against their best.” He also said the game would be a measuring stick for the Aggies in terms of how they compared to the best in the FCS.

While the 2020 matchup was forestalled by the COVID-19 pandemic (NC A&T did not play in 2020), the said match up is here now. The Aggies (0-1) travelled to Fargo, North Dakota on Friday and will face the Bison (1-0) Saturday (1:30 p.m. CT, ESPN+). A&T’s trip to North Dakota will be the farthest north the program has traveled in its history.

NDSU has continued its FCS dominance. The Bison, under fourth-year head coach Matt Entz, went 14-1 last season and capped it with a 38-10 win over Montana State in the FCS championship game. That makes it nine of the last 11 FCS titles for the Bison.

NDSU (1-0) opened the season last week with a 56-14 win over Drake. In the win, the Bison rushed for 275 yards on 27 carries, an average of 7.4 yards per carry. NDSU quarterback Cam Miller only threw the ball nine times, completing six with two touchdowns. They scored on a blocked punt, a punt return and a fumble return.

“Run block,” Washington said of one thing that stood out for NDSU after watching film. “Their (offensive) front is so powerful. They’re not just strong, they’re powerful. And they bend well. And then the skill guys are very crafty. They’re not the fastest in the world but fast enough. They have the perfect harmony going between running backs (and the line).”

The Aggies finished 5-6 a year ago, their first losing season in 12 years. They are looking to regain the swagger and  confidence they displayed while winning or sharing five MEAC championships between 2014 and 2019 before leaving the MEAC. The Aggies also won four Celebration Bowl titles in that span. NC A&T is favored to win the Big South title in their second and last year in the league before moving to the Colonial Athletic Association (CAA).

They are coming off a 28-13 loss to rival NC Central in last week’s season opener. In the game, redshirt freshman quarterback Zach Yeager made his first start. He threw for 275 yards and one touchdown with one pick. Washington said Yeager will start Saturday but expect to see last year’s starter, Jalen Fowler.

Washington believes the loss was a wake-up call for his team.

“They say you judge a person by what they do in adverse times and I think it (the loss) has actually banded us closer together,” Washington said Thursday while taking his team through final preparations for the trip to Fargo. “We could have gone the other way with it and it was a concern Saturday night for me. What I’ve seen, I’m very pleased.

“I feel very good going into this next ballgame because of what we learned from that experience.

“We have their attention.”

• NDSU has 762 wins on the FCS level, fifth most in FCS history. The Bison are also 40-3 all-time in the FCS playoffs, including an FCS record 22 straight playoff wins. NDSU is also 9-0 in FCS title games.