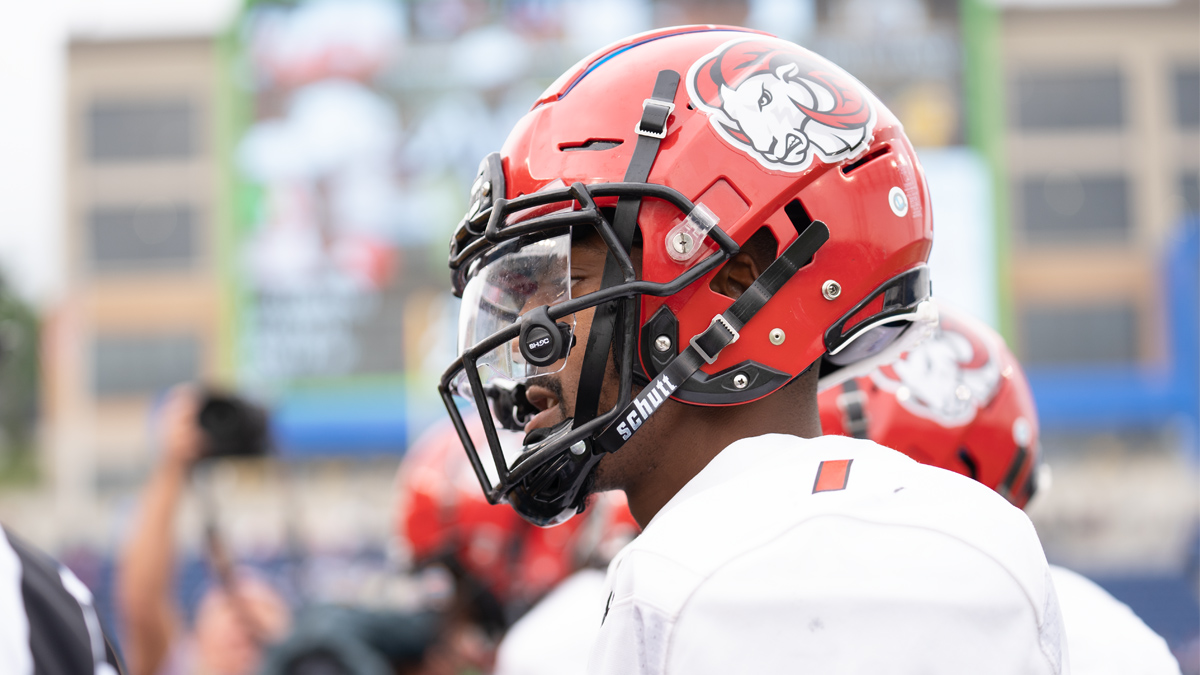 WINSTON-SALEM, N.C. _ Winston-Salem State quarterback Dom Graves will miss the remainder of the 2022 football season because of an Achilles injury suffered in the game against Central State, Coach Robert Massey says.

Graves was sharing time under center with Richard Latimer in the season opener at the Black College Football Hall of Fame Game last Sunday. He didn’t complete a pass in four attempts, and ran four times for 18 yards. His injury was confirmed by an MRI, according to Massey.

“Great young man,” Massey said in a text message. “I hate to lose a player with his ability. He is going to be missed.”

Latimer is now slotted to start for the Rams (0-1) against NC Central (1-0) in Durham on Saturday night. Against Central State, Latimer completed 14 of 22 passes for 133 yards and a touchdown. His one interception was returned by the Marauders for a touchdown in the 41-21 loss in Canton, Ohio. True freshman Jahmier Slade, who played his high school football at nearby Dudley High School in Greensboro, will be Latimer’s backup.

Slade did not play in the Central State game.

Both Latimer and Graves are listed as graduate students. Latimer’s collegiate career includes a stop at Fayetteville State, where he made the Central Intercollegiate Athletic Association All-Rookie Team as a redshirt freshman. He helped the Broncos win two Southern Division championships.

NC Central is playing its home opener one week after taking a 28-13 victory over North Carolina A&T in the Duke’s Mayo Classic in Charlotte. Latimer, whose offense produced 193 yards rushing against Central State, will be working against an Eagles defense that limited the Aggies to 82 yards rushing but didn’t force any turnovers.