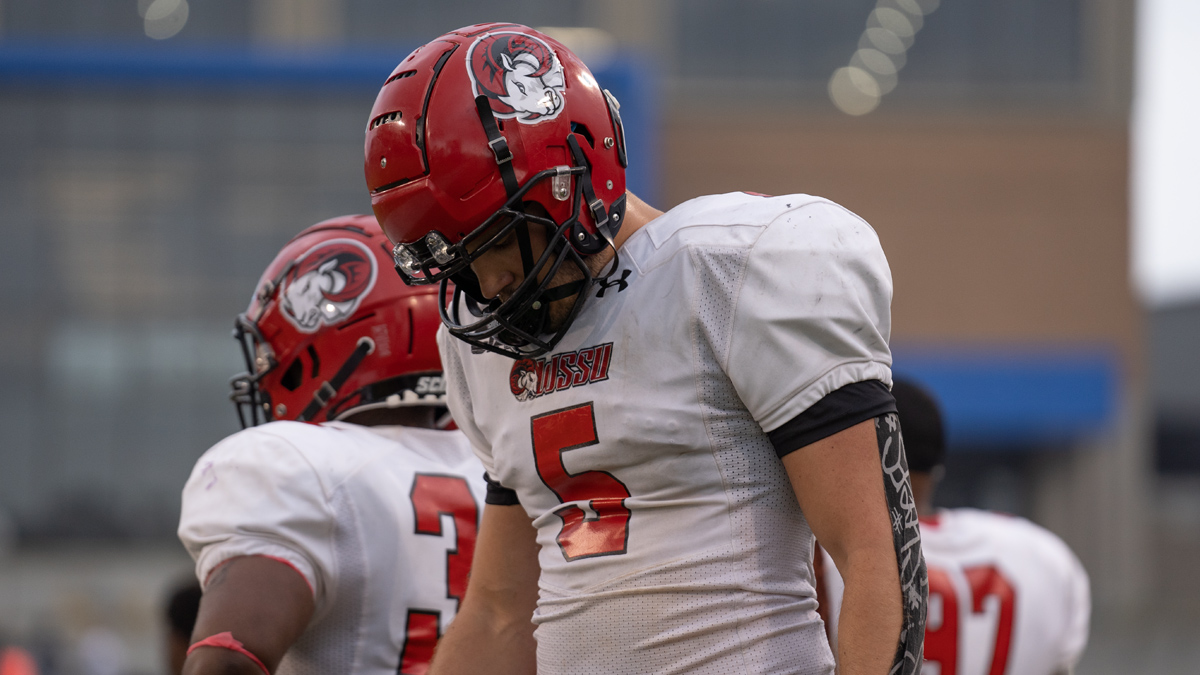 Winston-Salem State made a lot of mistakes against Central State in the Black College Football Hall of Fame Game.

WINSTON-SALEM, N.C. — Three fumbles lost and 15 penalties for 133 yards were the blows that helped deal Winston-Salem State a 41-21 loss to Central State in the Black College Football Hall of Fame Game last Sunday. They’re the mistakes Coach Robert Massey would like to rid his team of when it plays NC Central on Saturday.

“This ain’t how I wanted to have my second official press conference for the season,” Massey told reporters on Tuesday. “But I thought that was the game we gave away.”

Massey took the blame for his team being constantly flagged.

“That’s something that’s beaten us for the last few years. So, that’s something we have to work on and make sure we reduce that this week,” he says. “We talked about penalties, discipline. So, I’ll hold me accountable for that.”

The turnovers also drew attention because Massey says they can have an impact on a season if they’re not addressed. One of the fumbles occurred deep in Winston-Salem State territory and led to a touchdown for the Marauders, who like the Rams were playing in their season opener. Central State also returned an interception for a touchdown.

“Anytime you look at the win-loss record over the course of the season, you look at the turnover. A lot of times, you turn the ball over three to four times a game, you lose those type games. So, we have to improve from that standpoint,” he says.

Throw in an 81-yard kickoff return by Twon Hines to open the game, and it would seem there was little for the Rams to find joy in. Yet, Massey was upbeat for an offense that produced 193 rushing yards, including 107 yards on 19 carries by Asa Barnes. That’s one approach the Rams want to implement when they meet the Eagles in Durham, North Carolina.

“So we can control the game that way,” he says. “And that’s something we are going to do, we’re going to run the ball, play stingy defense and special teams. That’s the game plan.”

Running the ball against NC Central may prove to be a challenge for the Rams. North Carolina A&T could muster only 82 yards rushing, and 33 of those came on one run by quarterback Zachary Yeager, who threw for 275 yards and the Aggies’ lone score.

Stopping the Eagles might be just as difficult as trying to get past their defense. Mid-Eastern Athletic Conference quarterback of the week Davius Richard accounted for all four of NC Central’s touchdown and gained 254 of his team’s 269 offensive yards.

“How he goes, that’s how that team goes,” Massey says. “He’s a true leader. He’s a strong, physical guy. He has a big-time arm and he’s got some good receivers.”

Also casting a shadow over the game is that Massey is returning to the field where he began his path to a National Football League career. It’s also where he led the Rams to a lead in 2021 which they eventually relinquished in a 20-13 loss. He makes no bones about how special this game is for him.

“I coach hard anyway, so if I appear to be coaching a little harder, that’s just what I’m going to do,” Massey says. “But, yes, I want to win this game. I’d be lying if I told you I didn’t.”