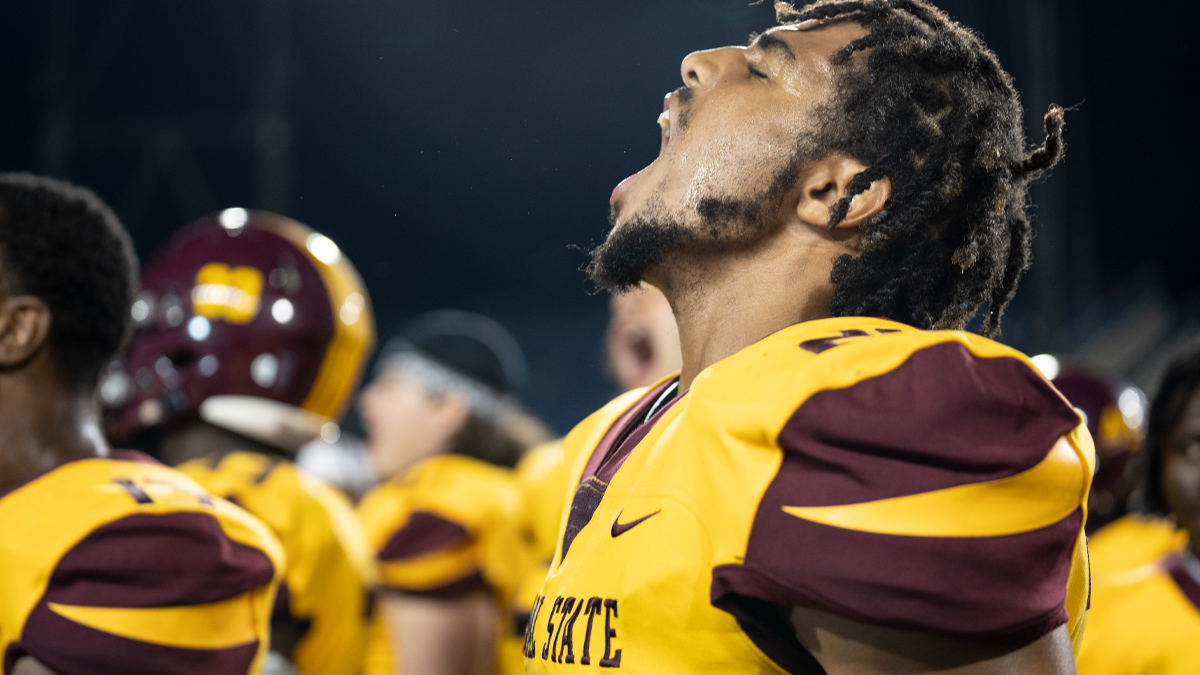 Central State got an emphatic win over WSSU in the Black College Football Hall of Fame Classic to open the season.

CANTON, OH — Central State pulled away from Winston-Salem State to start its new era with a resounding win in the Black College Football Hall of Fame Classic.

Brandon Kyles threw three touchdowns for CSU, overriding his three interceptions, to help give new head coach Kevin Porter a victory in his first game with the program.

“It feels great. Happy for our kids. Happy for our program. Happy for Central State University,” Porter said. “It’s been a long road for a lot of us. It was great to be able to come out here on a national stage and get it done.”

Central State jumped out to a 14-0 lead in the first quarter, taking advantage of miscues by the WSSU special teams and an errant pass returned for a touchdown that helped put the CIAA squad in an early hole.

WSSU would respond with a pick-six of its own as Justin Fleming returned his second interception of the day 25 yards for a score just before the end of the first quarter. WSSU evened the score late in the second quarter on a 23 yard pass from Richard Latimer to R.J. Mobley.

CSU would respond with a short touchdown run just before the half to make it 21-14 heading into intermission. The game remained close throughout the third quarter as the two teams traded scores, but things fell apart for WSSU after cutting the lead to 27-21 with 3:06 to go in the third.

An Aaron Kennebrew run with two seconds left the third quarter gave CSU some breathing room heading into the fourth quarter and a 21-yard pass from Kyles to Micah Lowe sealed the game with 12:31 remaining in the game.

A crowd of 13,989 filed into Tom Benson Stadium to watch the two Division II squads.

Central State will look to improve to 2-0 next week when it takes on another CIAA foe in Lincoln University. WSSU will have to recover quickly as it prepares to take on a North Carolina Central squad that looked very good against NC A&T on Saturday.