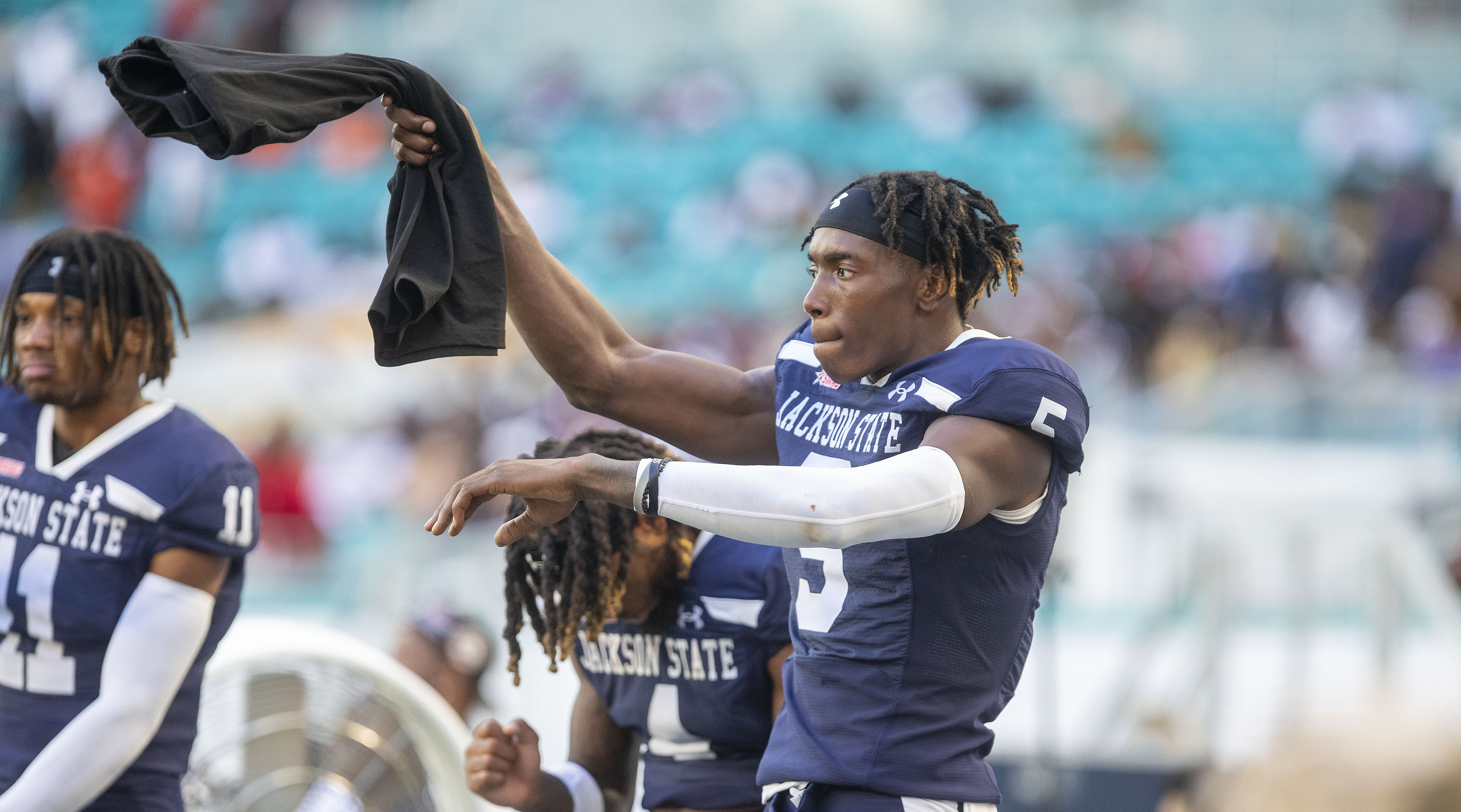 Jackson State is the unanimous no. 1 team in the Week Two HBCU Gameday Staff FCS poll.

Jackson State, the preseason no. 1 in our poll, lived up to its billing through the first week. Here’s how the poll numbers flushed out among our voters this week.

Surprised? Only if you didn’t know the score that Jackson State beat Florida A&M by last week. If it had won by a point again, JSU would probably have still been at the top spot. The fact that it won 59-3 made this pretty easy.

Sure, SU was only playing Florida Memorial, but putting up 86 points is impressive. This week, the task is to not let LSU run up the score on it.

NCCU head coach Trei Oliver told us the players felt some type of way about not being in our preseason top 10 list. Clearly, that has been rectified following the dismantling of A&T.

SC State started the season with a “cut-the-check game” and it never threatened UCF. Still, three of our staffers thought SC State should stay in the top 2 and only one voted to drop it from the top five.

After putting up a good fight against UNC, FAMU laid a snake egg against Jackson State to drop to 2-0. One voter even dropped them down to no. 9.

Hampton found a way to get it done against Howard. No one is sure how much that means at this point, though.

Tennessee State took a close loss to a very good Eastern Washington team — which was good enough for a fourth-place vote amongst some of our staffers and didn’t put it on the radar of others. This week it gets a chance to match up against no. 1 Jackson State.

Alabama State is the only HBCU with two wins at this point, but being that they came against Howard and Miles, it still has some proving to do.

Alcorn State let Stephen F. Austin slip through its finger tips, but it looks the part of a SWAC West contender so far.

Norfolk State has more points in this poll than it had in its season opener against Marshall last week.

AAMU picked up a check and not much else against UAB.

Delaware State handled its business against Lincoln. A win over in-state rival Delaware would garner much more respect.