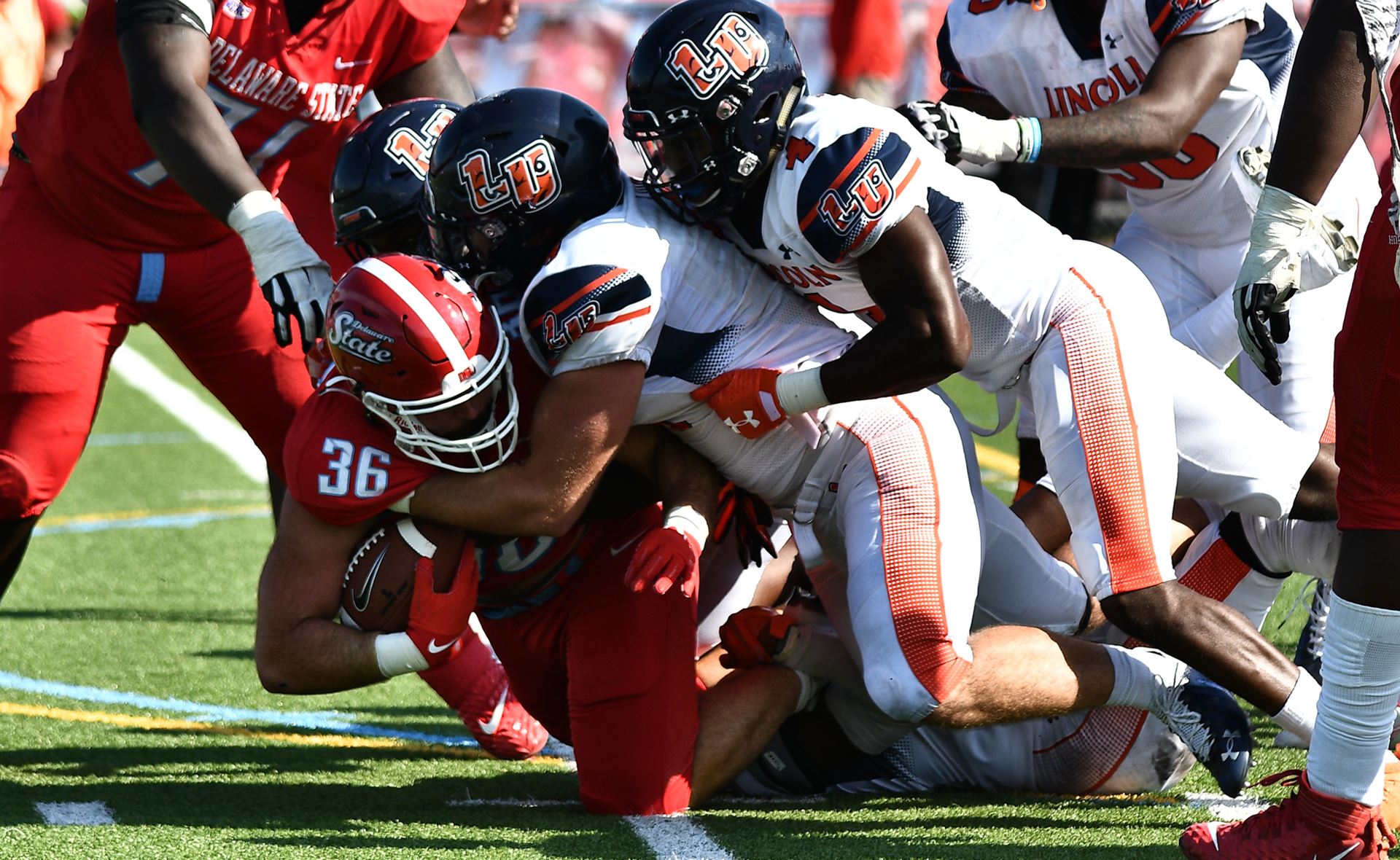 Delaware State was dominant in Saturday’s season opener matchup against Lincoln (PA). Del State’s offense put up 34 points, while its defense kept the opposing offense completely out of the end zone in the 34-0 rout.

Lincoln (PA) heavily struggled on offense, failing time and time again to put points on the board. Losing 87 yards to penalties certainly also played a role in its struggles. Dah’Mear Triplett was a bright spot for the offense, putting up 64 yards receiving on the day to lead Lincoln (PA)’s pass-catchers.

Delaware State starts their season on a strong note with the win. On the other side, Lincoln (PA) falls to 0-1 with the loss. Each team will get their next chance on Sept. 10. Del State will look to keep it rolling in its next game against Delaware. While the Lions will hope to rebound with a road win against Central St. (OH).