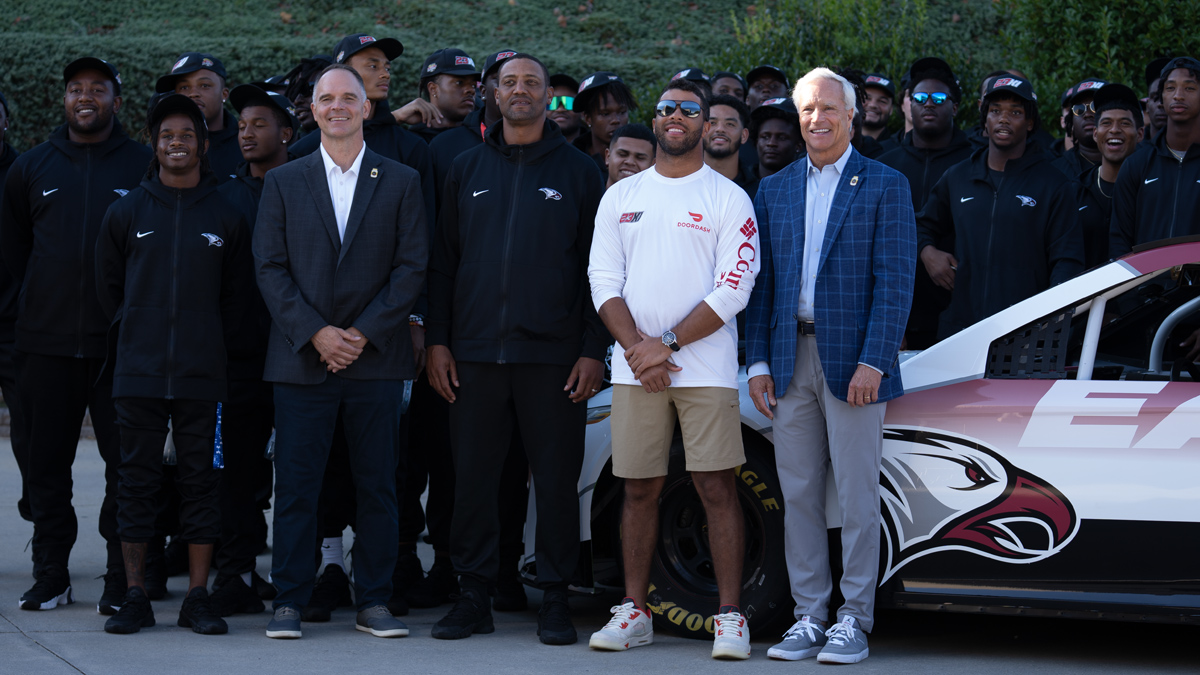 NC A&T and NC Central take center stage at the Duke’s Mayo Classic in Charlotte this weekend. But first they met Bubba Wallace.

MOORESVILLE, NC — The Duke’s Mayo Classic doesn’t kick off until Saturday night, but the North Carolina Central and North Carolina A&T football programs got off to a fast start on Thursday night.

“I’m excited to represent those two teams,” Wallace told media members inside the shop. “And I think it’s great for what they’re doing and bringing them here for shop tours, giving them some insight on what it’s like for us. And — who knows —  whenever they finish up with their football career, they could be in here working on cars, pitting cars on a race team.”

Players got a chance to talk with pit crew members along with their tour and photo opportunities with Wallace.

North Carolina Central head coach Trei Oliver was impressed by the car which will run at the Cook Out Southern 500 at Darlington, SC on Sunday.

Joe Tuza, president of the condiment division of Sauer Brands, says the game has about 33,000 tickets sold and there’ll be more during the day.

“We’re expecting great weather, so we expect some walk-ups. So you’re right, 40 or 50,000 folks in the stadium,” he told HBCU Gameday. “It also will be aired live on ESPN3, streaming and then also aired on delay right after that on ESPNU. So we’re excited about that.”

As with most HBCU football classic games, the Duke’s Mayo Classic isn’t just a football game. There are a series of events throughout the weekend, including a step show and an HBCU run leading up to and following the game.

Beyond selling more mayonnaise, Tuza said the opportunity to give back to both schools is what the game is all about.

“We’re looking for opportunities to partner with schools where we can give back to the schools, make donations, be part of the community and be part of the schools,” Tuza said. “Whether it’s working with the bands and the cheerleading squads and the teams, everything we do. And we work with Charlotte Sports Foundation to make that happen. And Dukes is just happy to be the sponsor of it.”

Saturday’s game will kick off from Bank of America Stadium at 7:30 P.M. on Saturday.