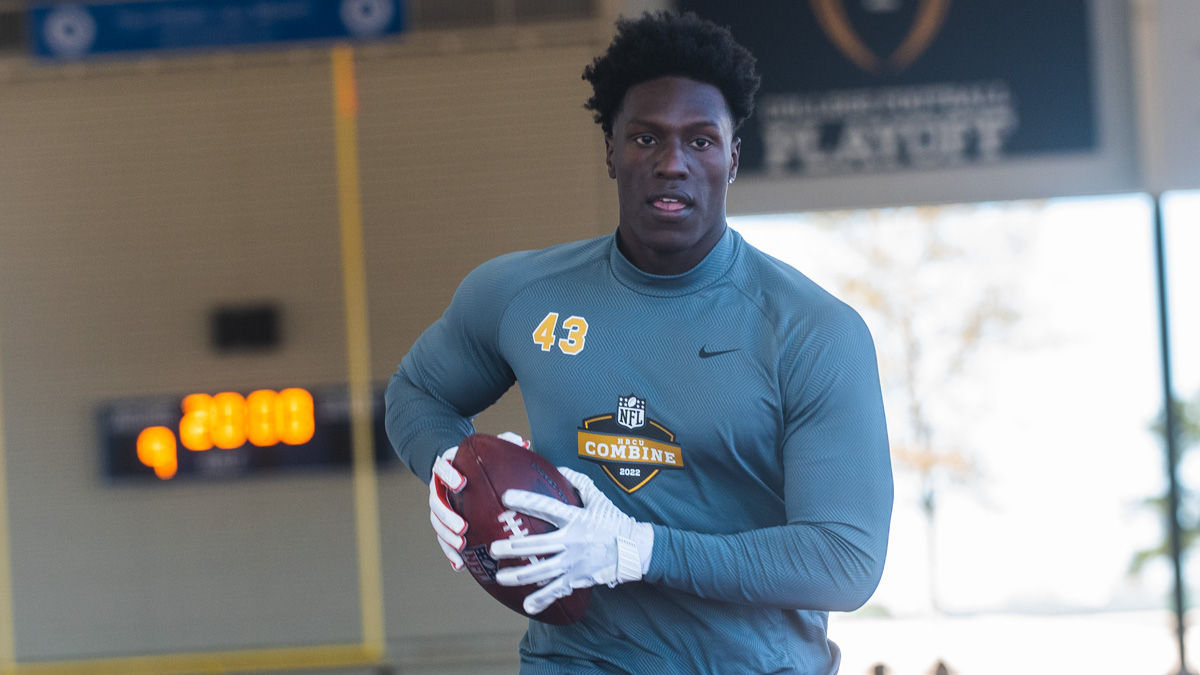 The HBCU Combine will become a part of the HBCU Legacy Bowl showcase game starting next spring.

Metairie, LA. – The HBCU Legacy Bowl, presented by the Black College Football Hall of Fame, in collaboration with the National Football League, will hold the HBCU (Historically Black Colleges & Universities) Combine in New Orleans, Louisiana. Select players from four HBCU conferences – CIAA, MEAC, SIAC and SWAC – and other HBCU institutions will be invited to participate in the event.

The combine will be held on February 20th at the Ochsner Sports Performance Center, which is the New Orleans Saints practice facility, located in Metairie, LA. The event will be patterned after the NFL Combine, the HBCU Combine will include the gathering of comprehensive medical information, interviews, and on-field evaluations of football skills and acumen.

“The HBCU Legacy Bowl is honored to partner with the National Football League to host the HBCU Combine,” said Black College Football Hall of Fame Co-Founder and Super Bowl XXII MVP Doug Williams. “This is a meaningful and impactful platform that will lift our HBCU community.”

“HBCUs have made an indelible mark on the history of football,” said Black College Football Hall of Fame Co-Founder and legendary QB James “Shack” Harris. “The HBCU Legacy Bowl and the HBCU Combine ensure that future generations of HBCU players will continue this excellence and legacy.”

An HBCU Scouting Committee, comprised of current and former league executives, will evaluate and select this year’s participants. The Senior Bowl will provide medical and football personnel to capture important pre-Draft information and deliver a world-class experience for HBCU prospects.

“Throughout NFL history, HBCU athletes have exemplified a standard of excellence both on and off the field,” says Troy Vincent, NFL Executive Vice President of Football Operations. “The HBCU Combine is part of honoring that legacy and making every effort to accelerate exposure of HBCU draft prospects to all NFL clubs. The game is better when all have the opportunity to compete.”

All 32 NFL clubs will be represented at the HBCU Legacy Bowl, partnering with the HBCU Combine ensures maximum visibility for the talented HBCU players.

Below is a breakdown of the events during the HBCU Legacy Bowl and the HBCU Combine.