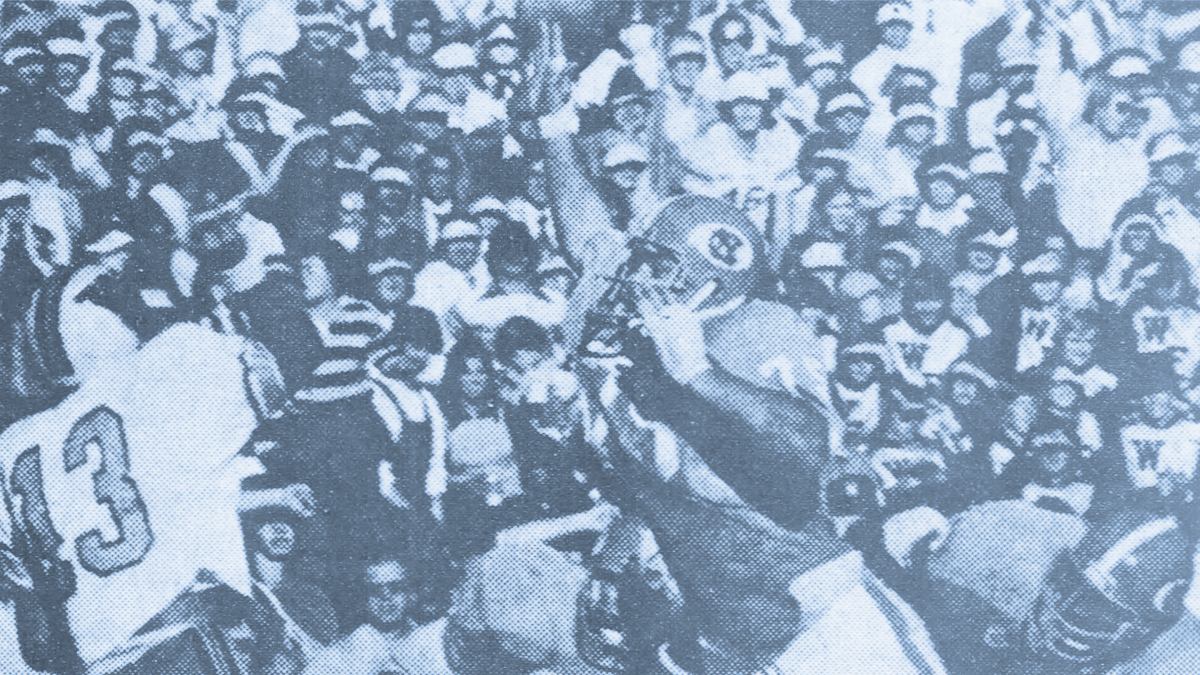 Rod Broadway was one of the first significant football players at UNC. But he would find his most meaningful success in HBCU football.

It makes sense that a coach led Rod Broadway to a career path filled with success at every stop. But it wasn’t what that coach did on the sidelines for that elementary school team that made a lasting impression, especially in the 1960s.

Broadway, who is being honored on Saturday at the HBCU Celebration Game between his alma mater, U, and Florida A&M, was a sixth-grader at a school that was in the early throes of integration. He might not have had many classmates who looked like him, but his football coach did.

“I had this coach in the sixth grade that I just admired and I had a lot of respect for,” Broadway says. “We hadn’t seen that before. And he was probably the only Black in the school on the staff.”

His last name was Russell, Broadway recalls, but the coach’s first name escapes him.

“And then, when I grew as a player, at one point, everybody thinks they can play at the next level. But then, once that didn’t happen, you come back to what I wanted to do, which was coaching.”

Broadway later emerges as an all-state defensive lineman for West Stanly High School. Football became his sole focus after playing basketball, baseball and being a shotputter. At the time, The Chapel Hill Newspaper quoted Broadway as saying he got out of baseball after he was hit in the head with a bat and suffered a concussion, and also injured his leg. Save for a scratch after a 55-foot throw, Broadway would have reached the national finals in the shotput.

He played varsity football beginning in the ninth grade, starting five games and playing fullback along the way. By his senior year, Broadway was named among the state’s top defensive linemen. In considering a college career, he has Michigan State on his list, and Tennessee came calling as well, but Broadway decided he would stay in North Carolina.

Agent of change at UNC

What sold him on Chapel Hill was not the football at first, but the basketball team, and specifically, Robert McAdoo. an all-Atlantic Coast Conference performer who led the Tar Heels to the Final Four in 1972.

“Then, the football team kept winning and winning and that impressed me even more,” Broadway said.

Broadway arrives in Chapel Hill, and discovers the kind of isolation he experienced while advancing through the Stanly County school system as it began to send Black and white students to the same schools. He says there may have been as many as 40 Black students in his high school, and maybe six in his graduating class. There were few Black UNC teammates and fewer Black faculty members, as he would discover. Russell, the sixth-grade coach who was also a teach, constituted a landmark, as it turned out.

“And you know what’s wild? He (Russell) wasn’t actually one of my teachers, but my first Black teacher was when I was a sophomore at UNC,” he says. “From the sixth grade until my sophomore year in college, I never had a Black instructor.” The lack of Black influences in his life also extended to the football team. Then-Coach Bill Dooley wasn’t exactly who Black players wanted to seek out for advice.

“When we were freshmen in college, if we had an issue, who do we go to?” Broadway said. “It wasn’t coach’s job. Coach Dooley grew up in Mississippi, went to school at Mississippi State. And now I’m not saying he’s racist or anything. I’m just saying his background in the ’50s and ’60s.”

Broadway and his Black UNC teammates would turn to the people who preceded him, such as former tight end Charles Waddell and running back Ike Oglesby and linebacker James Webster, two of Dooley’s earliest Black players.

After sitting out the 1976 season with a knee injury, Broadway returned to help anchor a UNC defense that was as stingy as any in the nation. In finishing 8-3-1, the Tar Heels gave up an average of 8.5 points per game; the three losses were by a combined 10 points. North Carolina finished the season ranked 17th in The Associated Press college football poll.

After an attempt to play in the National Football League didn’t pan out, Broadway began his coaching journey. His first stop was at East Carolina as a defensive line coach under Ed Emory. He would spend the next 14 seasons, between 1981 and 1984, as a defensive line coach at Duke, where he would work for part of his tenure with Steve Spurrier. Those two would reconnect in Florida, where Broadway would help the Gators win a national title in 1996.

Rod Broadway would return to UNC to coach the defensive line in 2001 and 2002 before he would enter the ranks of HBCUs. His first stop was North Carolina Central, where he guided the Eagles to two Central Intercollegiate Athletic Association championships in 2005 and finished at 33-11 in four seasons.

From Durham Broadway would follow in the storied footsteps of coach Eddie Robinson at Grambling State in Louisiana. He compiled a 35-14 record there and brought home a Southwestern Athletic Conference title in 2008. In February 2011, Broadway would resign from that post and return to his home state and be near his family and coach North Carolina A&T, a program that was in the midst of troubles that he made it his mission to fix.

“It was a challenge to dig down, because everybody kept saying it was a graveyard, you can’t do it,” Broadway says. “Look at the last, you know, five or six coaches. It buried them and nobody can win there.

“I came up and interviewed for the job and turned it down and went back and started thinking about the challenges of it and you know, sort of got excited about it called back and took the job.”

When he arrived, A&T was saddled with an NCAA probation and a lack of scholarships because of insufficient academic progress. Practice time was slashed and spring practice was restricted. In 2012, with just seven signees, the Aggies won seven games and Broadway thinks he could have won two more had the team not run out of steam.

“But we could compete with people, even with those numbers,” Broadway says. We had some really good players, but we didn’t have enough of them.”

Success would finally come. A&T, led by enigmatic running back Tarik Cohen, would win the Mid-Eastern Athletic Conference in 2015 and again in 2017. During his term, Broadway would direct his teams to victories over Appalachian State in 2013, Kent State in 2016, Charlotte in 2017 and ECU in 2018.

When the Aggies won their second Celebration Bowl in three seasons, Broadway called it a career. All those achievements will be recognized on the first collegiate field where he made his initial mark. But he says he can’t take all of the credit.

“I’m honored to be a part of it in the sense that it’s a light on HBCUs, and it’s an opportunity for us to be seen again in a positive light,” Broadway says. “And again, it didn’t haver anything to do with me, it really doesn’t. What we accomplished during my career was a whole team effort.”