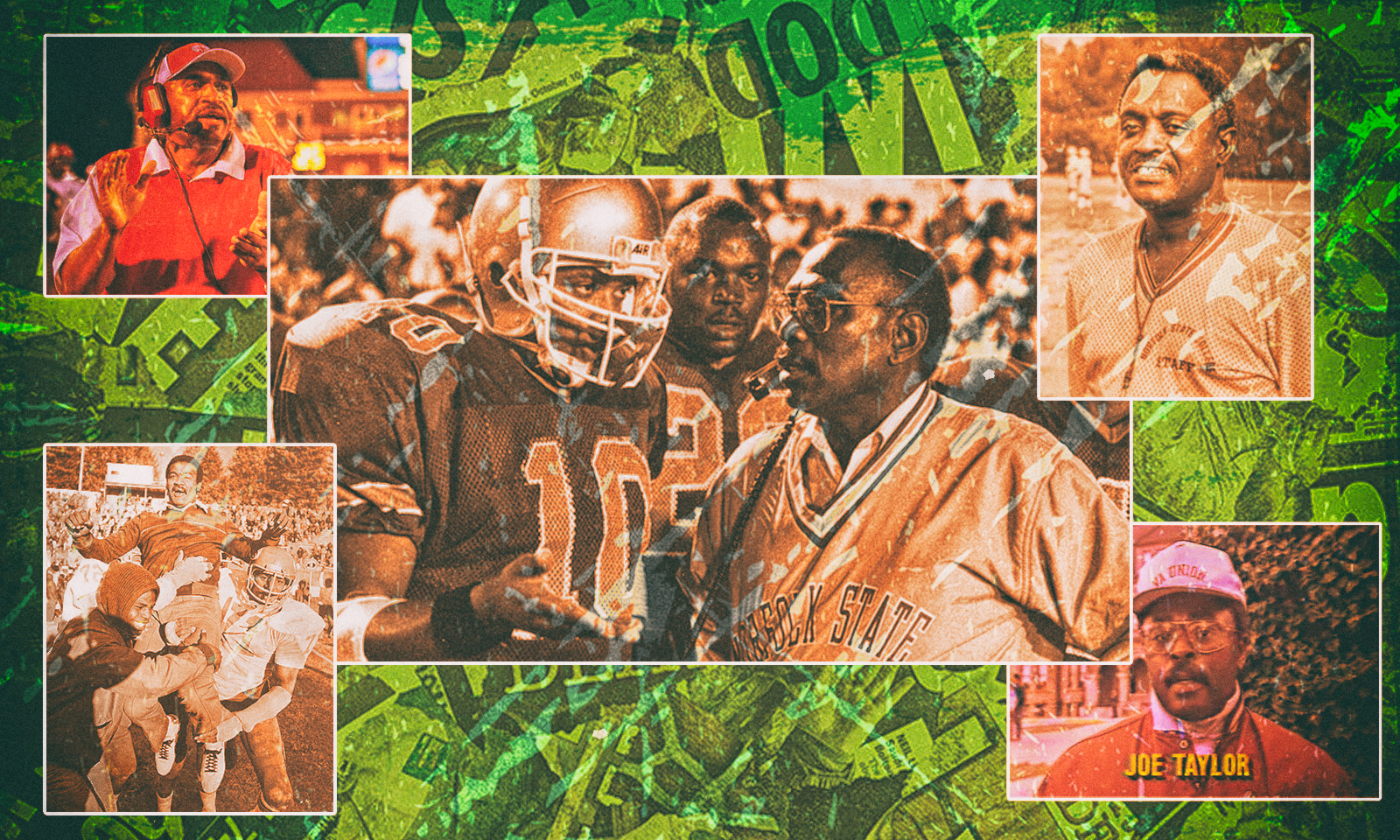 The last 50-plus years of CIAA football have seen some all-time great coaches. Who are the top 10?

CIAA football is often overlooked when it comes to HBCU football as a whole. It is best known for its basketball tournament, but the oldest HBCU conference has produced great teams and players over the years — as well as coaches.

With a history dating back to 1912, putting together a list of top coaches is a rather daunting one. The conference’s early years were formative, as it literally existed to help keep up with the so-called “tramp player” who might play at Howard one year, Virginia Union the next, and Shaw the next. The first 50 years of the conference included schools that would eventually leave to form the Mid-Eastern Athletic Conference.

Scott spent just two seasons at VSU, but he left his mark winning back-to-back division titles. It’s hard to put him above coaches with multiple titles. If only we had gotten that 2013 CIAA Championship Game.

Led WSSU to three CIAA title games in his first three seasons, including back-to-back titles in 2015 and 2016 over favored Bowie State teams.

Mediocre overall record during a weak period of CIAA play, but can’t argue with three titles.

After spending most of his career as a position coach at the Power Five level, Rod Broadway took over an NC Central program that had gone two decades without a title. After a rough start in 2003 he turned got the program turned around as it prepared for a Division I move, going 29-4 in his final three seasons, including back-to-back national titles.

Price led NSU to three CIAA titles in his first three seasons at Norfolk State College. Norfolk State had always been more of a basketball school, but Price found a way to make it a gridiron power for a time before it ultimately fell off.

Replaced a legend in Bill Hayes, and started a legend of his own. Richardson never won less than seven games in a season during his five-year tenure at WSSU, which included talented players such as Yancy Thigpen and Broderick Graves.  His worst finish in CIAA competition was a second-place finish in 1992 when he went 7-4 overall. An argument can be made he deserves a higher spot on this list since he averaged less than one loss a year in conference in his tenure and WSSU never finished worst than a runner-up under his reign before he headed for Southern University.

Bowie State had some moments in football prior to Damon Wilson’s takeover, but he certainly raised the program’s standards. Wilson led BSU to the CIAA title game as a rookie head coach in 2009 before reloading and landing back in the title game in 2015. After back-to-back upsets against Winston-Salem State in the title game and missing the title game in 2017 his 2018 team finally broke through behind quarterback Amir Hall. He then became the first coach to win three straight CIAA titles since Joe Taylor did it with his Hampton juggernaut squads in the 1990s.

Willard Bailey spent 31 seasons in the CIAA and finished with seven conference titles — second only to Morgan State’s Eddie Hurt. He recorded winning conference records in each of the first 15 of them — which coincided with six of his conference titles. His best teams were the early-1980s Virginia Union squads, but they couldn’t quite get over the hump of winning Division II playoff games.

He left VUU after leading his program to three consecutive titles, only to lead Norfolk State to the title after taking over for Dick Price. He stuck around at NSU for eight years, and is the last coach to leave the program with a winning record — thirty years later. After a few years off he returned to VUU and led them to the CIAA mountain top once again in 2001. His winning percentage certainly took a hit by coaching at St. Paul’s as it was looking to re-establish his football program, but even then he managed to get the program to back-to-back .500 seasons before he ultimately finished his career out at VUL. The one thing Bailey wasn’t able to do was win playoff games, going 0-for-6.

Before Bill Hayes came along, WSSU was a pretender at best in CIAA football. By his second season, WSSU beat rivals NC A&T and NC Central on the field for the first time ever and went on to record back-to-back perfect seasons in the CIAA. After a lull in the early 80s, Hayes’ teams dominated the CIAA’s Southern Division with five consecutive division crowns and finally broke through with a CIAA Championship Game win over Hampton before he bolted for NC A&T.  He led WSSU to six unbeaten regular season marks in the CIAA and produced NFL players like Timmy Newsome, Donald Evans, Anthony Blaylock and others. A member of the CIAA, MEAC and Black College Football Hall of Fames, among others.

After a one-year run at Howard, Taylor returned to Virginia Union where he had served under Willard Bailey as an assistant. He led VUU to a CIAA title game win over Bill Hayes in the 1986 title game. His VUU teams would fall short of the title to Pete Richardson in 1990, but Taylor would leave the CIAA on top as Hampton cruised to three consecutive titles under his leadership as it geared up for a move to Division I and prepared to tackle the MEAC. His Hampton teams won 24 consecutive games against CIAA opponents and he recorded five unbeaten CIAA seasons between the two schools. A member of the College Football Hall of Fame.

Maynor arrived at WSSU as the program returned to the CIAA after a Division I attempt. He went 8-2 his first season, beating North Carolina A&T and NC Central but falling to Shaw and St. Augustine’s. He wouldn’t lose another game to a CIAA team during his final three seasons at WSSU, and only lost three games total — two of them in the NCAA playoffs and one in the national title game. His teams won 24 consecutive games against CIAA opponents, including the two championship games.