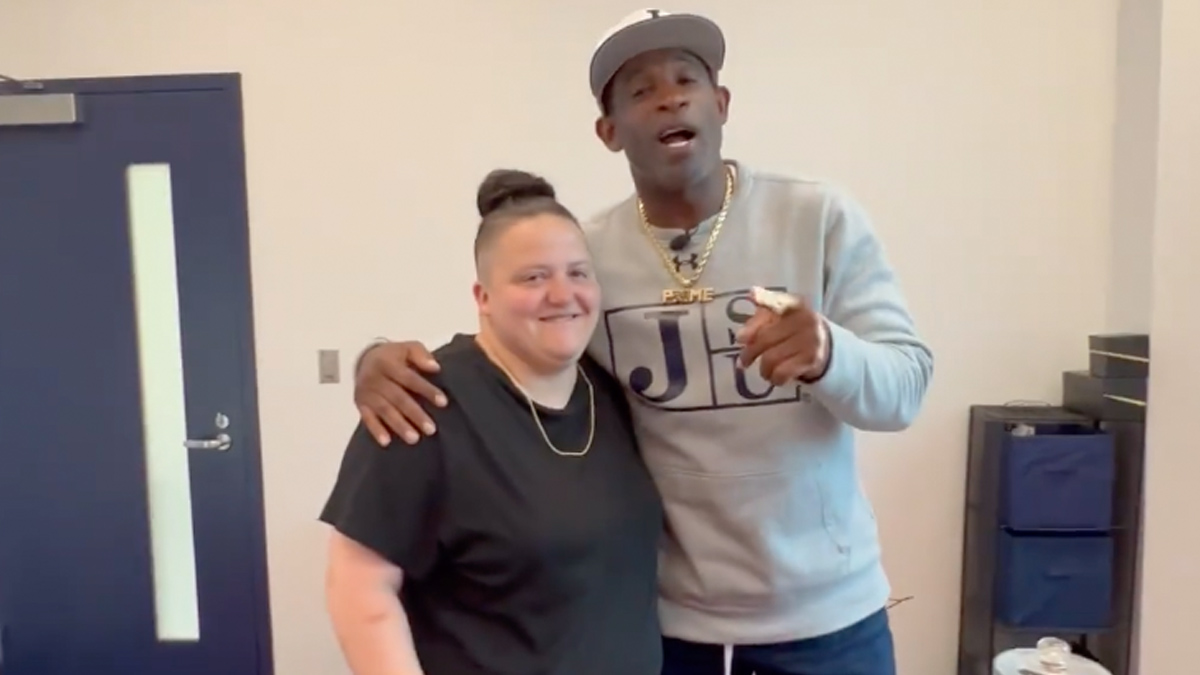 Dominique Watts, a woman aspiring to become a high school defensive line coach, reached out to Deion Sanders and got a glowing endorsement.

Deion Sanders has been in the spotlight for most of his life — but he’s shown he’s not afraid to share it either.

The Jackson State head coach shared a conversation he recently had with Dominique Watts, a former football player-turned-coach. She currently coaches the defensive line for two youth league teams for kids 11 to 14 years old.

Watts, who is from Colorado, reached out to Deion Sanders to see if she could shadow him and his JSU coaching staff. Her request was recently granted.

She said she grew up watching Deion Sanders play and loved everything that he was doing at Jackson State, so she decided to shoot her shot.

“I said, let me DM coach and see what happens,” Watts told Sanders in his JSU office. “I didn’t think you’d see it or it would even get on your radar.

But Watts did on Coach Prime’s radar and got a glowing endorsement from the man himself.

“If there are any high schools out there who needs a D-Line coach, I want you to get at her in immediately. You know why? Because she’s hot and folks are going to get at her. The passion, the love, the enthusiasm she brings all that to the table. And the knowledge and the insight.”

Dominique Watts says she has a five-year plan to get on the coaching staff at a high school, but hopes it will happen sooner.

“I’m passionate about it. I love football. As a female we don’t get an opportunity a lot of times to play when we’re six, seven, eight, nine years old — but I’ve loved it since I was a little tiny kid. So to get the opportunity to play it as an adult was one of the greatest joys of my life and I realized I love coaching even more and I’m a lot better at it. And I was a pretty good player.”