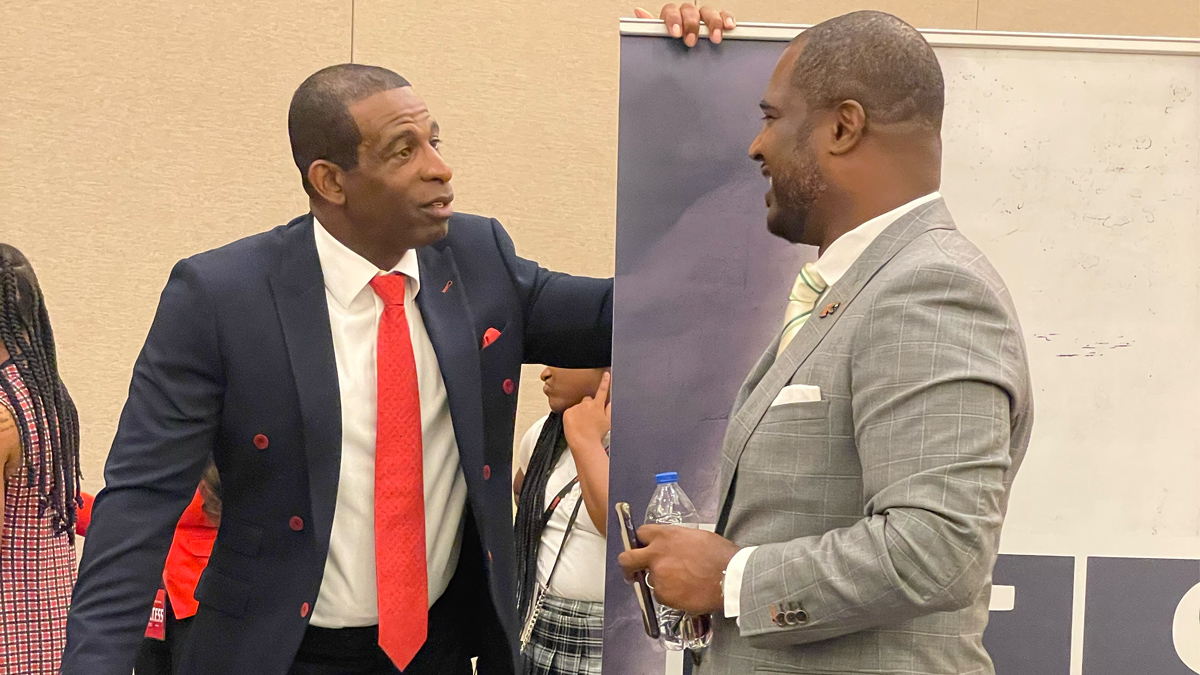 HBCU football, particularly at Jackson State and FAMU, has a great tradition. But Deion Sanders and Willie Simmons say that comes with challenges.

When Jackson State head coach Deion Sanders and Florida A&M head coach Willie Simmons match up on Sept. 4, they will do so as HBCU head coaches who went to Power Five schools.

Sanders and Simmons recently appeared on a Twitter Spaces conversation with Luther “Uncle Luke” Campbell, hip-hop legend, football coach and the unofficial king of Miami ahead of the Orange Blossom Football Classic between the two schools.

Sanders, of course, attended Florida State back in the 1980s where he helped turn that program into a national power, creating a winning tradition at the school in Tallahassee. He’s been at Jackson State nearly two years and he questioned just exactly how much football actually played into the HBCU tradition.

“When we play against a FAMU, that means the stadium should be packed. When FAMU plays against Bethune, obviously it’s packed. But when FAMU plays Prairie View, where you at?” Deion Sanders asked rhetorically. “When we play against someone other than a Southern or Alcorn, where are you? It’s not a tradition to pack the stadium. It’s not a tradition to support football. You have a party that you want to go see and you want to go participate in. And we’re trying to say, okay, if you want to be involved and bring the whole community in and be like those others that we pride ourselves on competing against, you gotta understand how they get down and how they do it.”

Deion Sanders said that too many alumni are quick to give an opinion without pulling out a checkbook.

“A multitude of people always have an opinion and they are not giving a dime. And I don’t play that,” Sanders said. “To get in my office to communicate and voice your opinion, I’m going to pull up your giving records. What have you given that you have an opinion the way you have an opinion about whatever we’re trying to do at Jackson State and you’re not even involved in the giving aspect of it?”

Willie Simmons acknowledged that HBCUs have supporters, but not all of them have deep pockets.

“Let the AD raise ticket prices five dollars — you would think Armageddon is coming. We’re still operating in that old mindset of season tickets being $170, $150 dollars. No. You’re getting parking passes, you’re getting all types of amenities you’re getting club-level access. There are a lot of things that come along with buying season tickets but they don’t understand that.

Simmons admitted that even some of his family members have that mindset.

“That’s the mindset that we have to change. And until we do that, we’ll continue to be behind the eight-ball.”

Simmons, who played his college ball at Clemson before transferring to FAMU and eventually the Citadel, said that tradition is great, but revenue is supreme. Sharing a city with Florida State, he knows it will take more than just tradition — it’s going to take resources and the things they provide.

“That’s not just going to happen just because Jake Gaither coached at FAMU and won national championships back in the ‘60s. A kid like that is not going to choose FAM just because his mom and dad went to school here back in the old days,” Simmons said. “We don’t have that. We have to show them something that they’ll look at and say, you know what, I can accomplish my goals here just like I can across the street.”