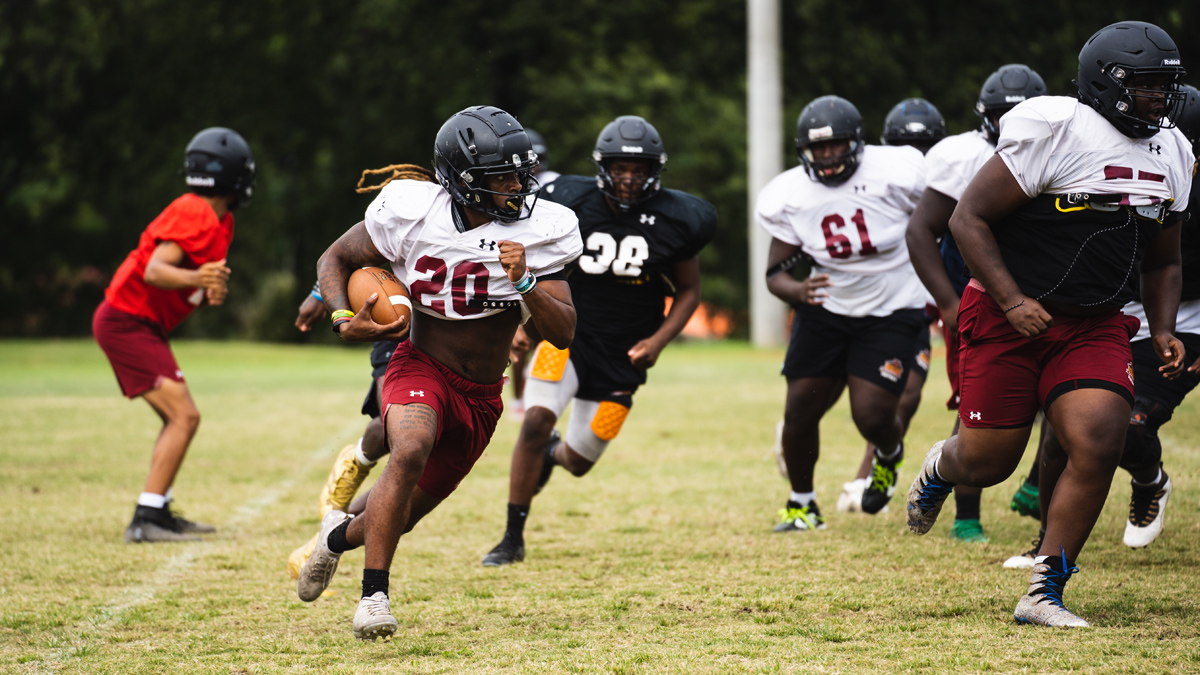 After establishing itself as a contender for the CIAA South crown, Shaw University is looking to show it can compete beyond the conference.

RALEIGH, NC — When Adrian Jones took over as head football coach at Shaw University in 2016, the football program was coming off a 1-9 season.

Six years later, Shaw has cemented its status as a contender in the CIAA Southern Division. Not only that, but coming off a 6-4 season, Jones and his program are thought of in the minds of at least two college football pollsters as a Top 25-level team in Division II football. Shaw received two votes in the latest AFCA Preseason Poll.

It’s something that Jones doesn’t take for granted.

“It means a lot. It shows that hard work pays off. We’ve been working hard,” Jones told HBCU Gameday. “We’ve been trying to get better and better each and every day. And our biggest thing is we got to take one game at a time.

The CIAA championship game is somewhere Shaw hasn’t been since 2010, and to get to the game it would have to knock off Fayetteville State. FSU has had a lock on the CIAA South crown since 2017, but

Shaw held its final fall camp practice on a fall-like August morning at Raleigh’s Chavis Park, a few miles away from the oldest HBCU in a state filled with them. It’s a home-away-from-home scenario that Shaw’s program has become accustomed to with a landlocked campus in the heart of North Carolina’s bustling capital.

The past two seasons Shaw University has called George L. Williams Field home — located on the campus of its rival and neighbor St. Augustine’s University. This year it will return to a familiar place, going back to Durham County Stadium which it called home prior to its short-lived alliance.

The Bears are a hard-hitting bunch, and that much showed in Tuesday’s practice, complete with a scuffle and a late shove out of bounds sending a teammate into a golf cart. Normal camp occurrences, but what Jones likes is the accountability that his squad is developing.

“We’ve been working hard mentally and doing things that we’re supposed to do, doing the right things, the little things we’ve been practicing on,” he said. “So I’ve really enjoyed our guys holding each other accountable and doing what they are supposed to do.”

Shaw passes the eyeball test for a Division II team with noticeable bulk and size permeating its ranks. That’s something that was an emphasis for Jones as he continues to work on his program, which will travel all the way to Michigan to play Wayne State.