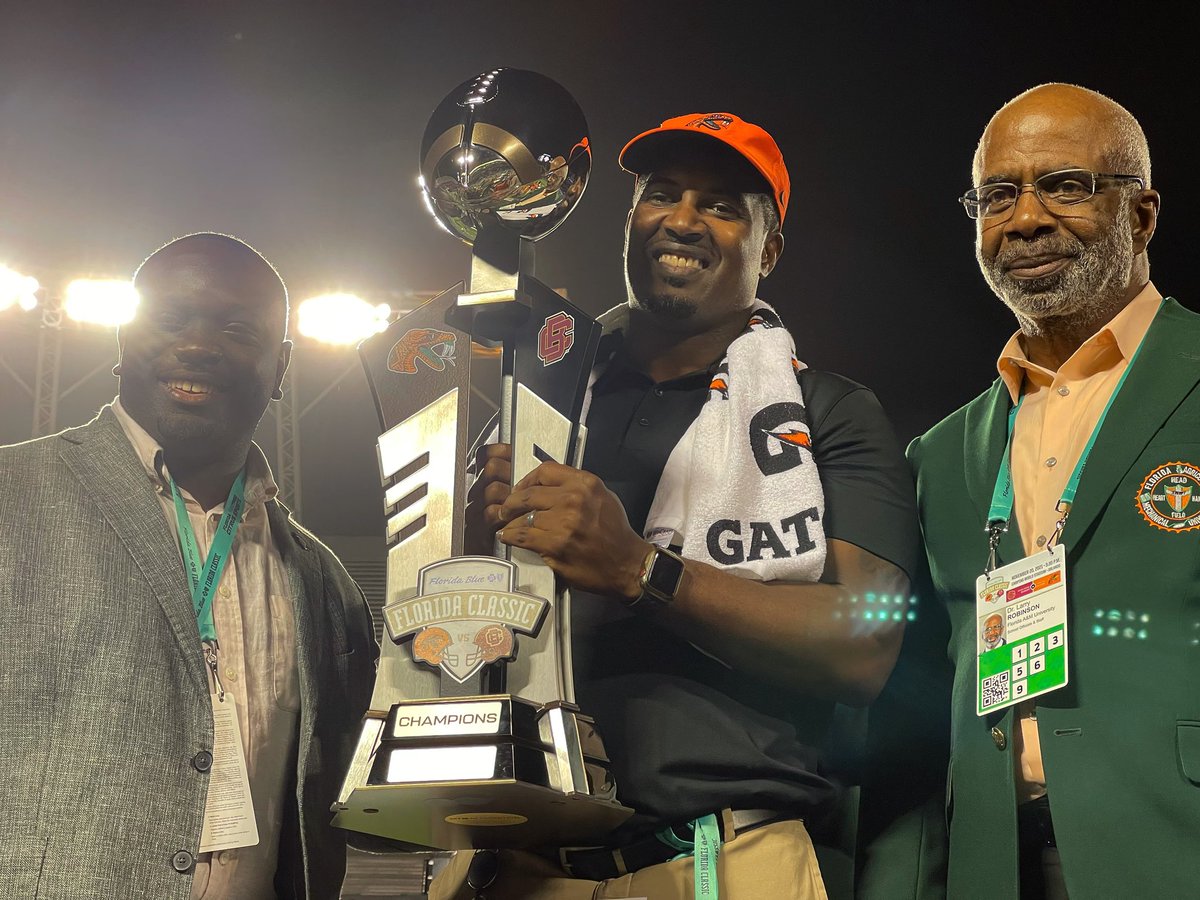 Florida A&M ended a decade of frustration by blowing out Bethune-Cookman. Will it get in the playoffs?

Florida A&M thinks it is in the FCS Playoffs. But it knows that — at long last — it got the better of rival Bethune-Cookman.

FAMU throughly disposed of Bethune-Cookman 46-21 in Orlando at the Florida Blue Classic inside Camping Grounds Stadium. The win ended a nine-game losing streak for the state school from Tallahassee.

Bethune-Cookman struck first  with an 82 yard touchdown pass from Devin Black to Darrell Powell on its first offensive play of thee game. FAMU took a 13-7 after a 47 yard touchdown pass from Rasean McKay to Xavier Smith and a short run by Jalen McCloud. The two teams managed to keep each other out of the end zone in the second quarter, but disaster struck for B-CU shortly after halftime. FAMU put up 30 points in 15 minutes, effectively putting the game out of reach.

The Rattlers rushed for 276 yards and three scores. Leading the way was Bishop Bonnett who rushed for 128 yards on 19 carries.

Devin Black completed 10 of 13 pass attempts for 231 yards and three scores for the Wildcats. They finish the season 2-9, their worst record in more than a decade.

Florida A&M ends the season 9-2 overall, matching its 2019 record. It finished second in the SWAC East behind Jackson State, which handed FAMU its only loss by one point in the season opener. It will now await the FCS Playoff selection show to see if it will become the first HBCU to get an at-large bid to the FCS Playoffs since NC A&T in 2016 and the first SWAC team to participate since Jackson State in 1998.