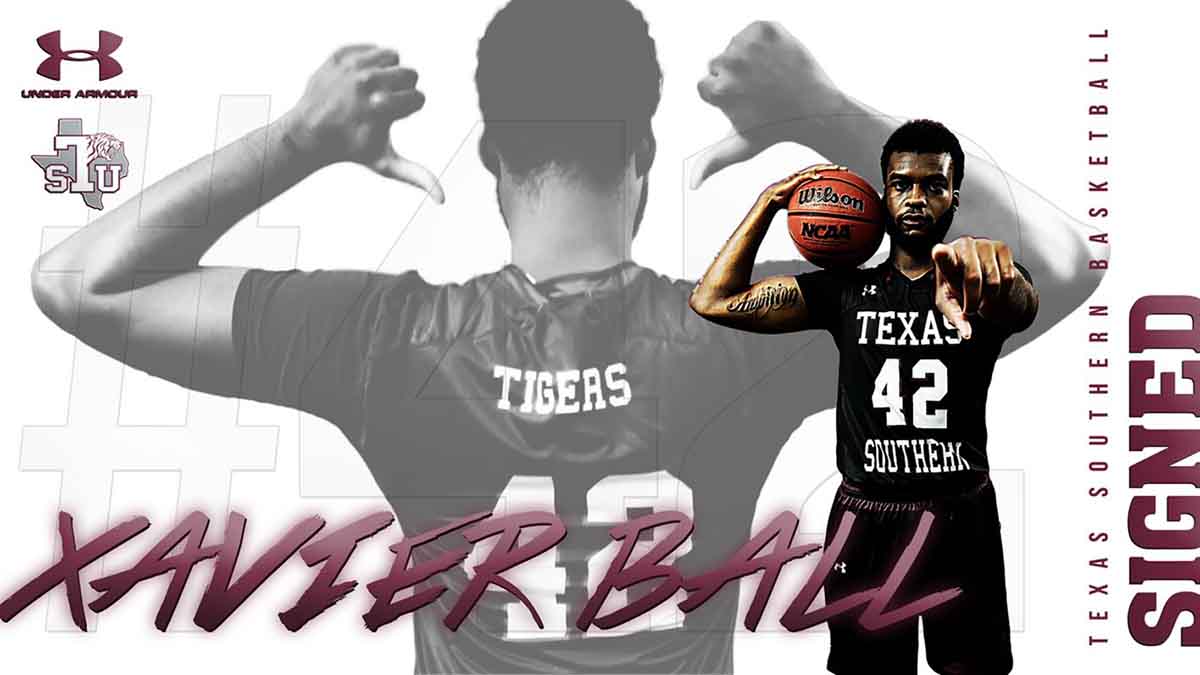 The Texas Southern men’s basketball team has announced the signing of Xavier Ball for the 2022-23 campaign.

A native of Winnfield, La., Ball is a versatile player with the ability to play both inside and outside the paint. The 6-7, 230-pounder shot 48 percent from the field and 42 percent from the three-point line during the 2020-21 campaign at John H. Logan College. Ball, who was a GRAC All-Conference honoree and Region 24 Tournament MVP as a sophomore, averaged 13 points and 4.2 rebounds per game while shooting nearly 80 percent from the free throw line as Logan won the NJCAA Region 24 Central District Championship in 2021.

“We’re really excited with the addition of Xavier Ball to our program,” Texas Southern head coach Johnny Jones said.“He’s going to have a tremendous impact with his shooting and playmaking. His ability to knock down shots and stretch the defense will be something that we certainly welcome. Our team’s shooting has consistently increased every year, and he will be able to help continue our team’s overall shooting and help add much-needed depth to our roster.”

Jones is the latest signee for Texas Southern in a class that includes three-star Shawn Jones Jr.