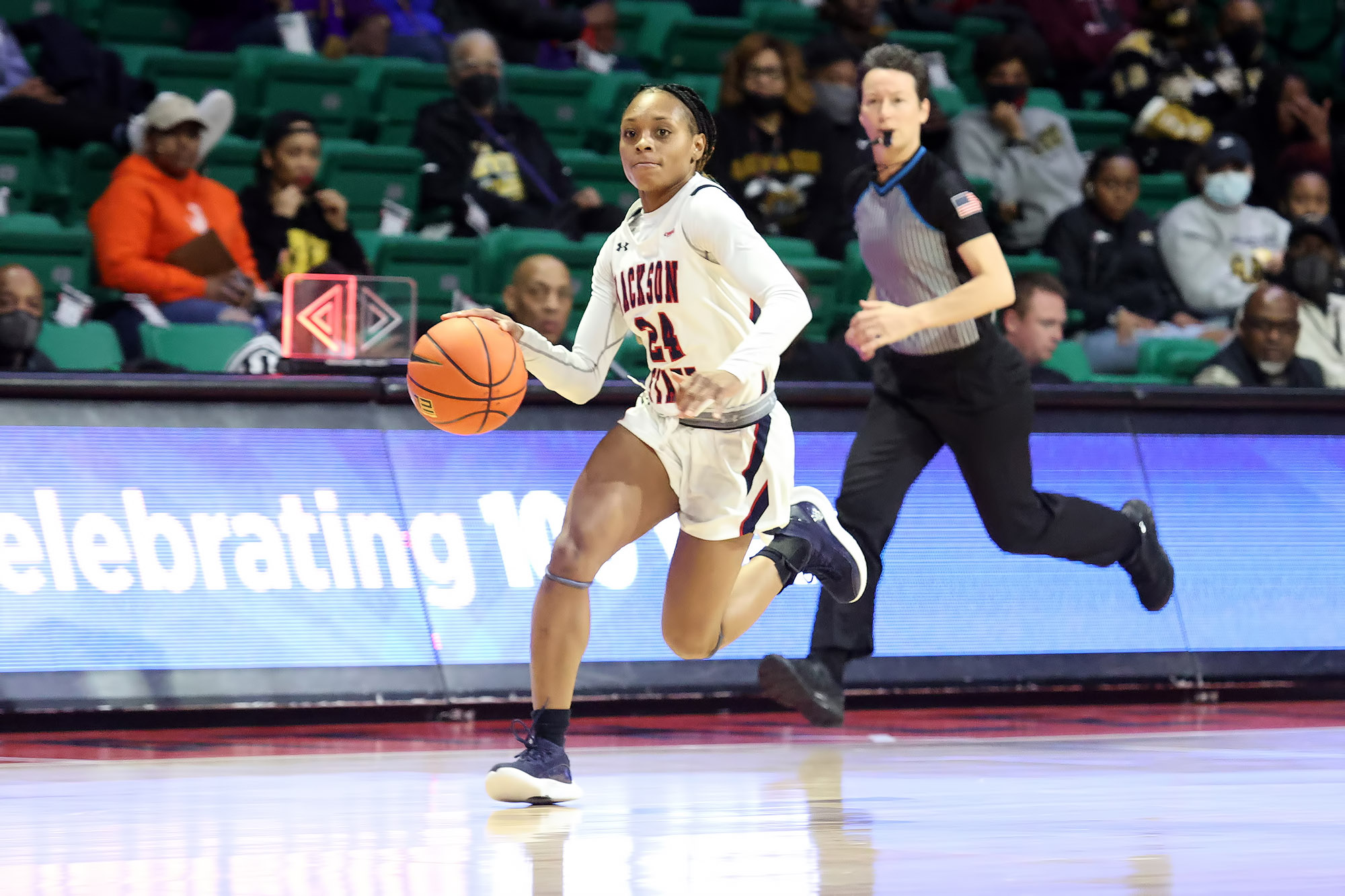 Jackson State to play in WNIT

This year’s WNIT event will be held from Nov. 12-20 and feature four teams – Colorado, Jackson State, Louisiana and Texas Tech, with all teams playing a three-game round robin. Texas Tech will host all four teams Nov. 15-16 – an all-tournament team will be selected, but no event championship will be awarded.

Here are the matchups for the 2022 Preseason WNIT; game times will be announced later this fall:

“Triple Crown Sports is a longtime and proud supporter of the women’s game, and we are determined to keep the Preseason WNIT on everyone’s radar even as scheduling the tournament has been a challenge in recent years,” said Jared Rudiger, executive director of the WNIT. “We’re excited to see these four teams in action and to add to our history of helping teams sharpen their rosters through great competition ahead of conference play.”

New NCAA scheduling protocols have taken the fourth game away from the historical 16-team format of the Preseason WNIT. The event is exploring options going forward and has already started conversations with programs for 2023. Teams interested in more information about the 2023 event are encouraged to contact the WNIT at (970) 672-0547 or jared@triplecrownsports.com.

Colorado (22-9 in 2021-22, 9-7 Pac-12) – The Buffs reached the NCAA Tournament for the first time since 2013 last season after dashing off to a 13-0 start. Three players who started every game are no longer on campus, but the guard position has two stalwarts in Jaylyn Sherrod and Kindyll Wetta, both disciplined with the ball but not huge offensive threats. The frontcourt is packed with tall, rangy athletes led by senior Quay Miller, the Pac-12 sixth player of the year. She had a great year off the bench for the Buffs, finishing second on the team in scoring (10.6) and rebounds (5.1). Brianna McLeod (6-3 forward) arrives from Canada, and more help should come from 6-3 freshman center Aaronette Vonleh.

Jackson State (23-7 in 2021-22, 18-0 Southwest Athletic) – The Lady Tigers reached the NCAA Tournament and lost a close Round 1 contest against LSU after dominating the SWAC for a second straight year. After stops in Lamar and Houston, 6-1 guard/forward Miya Crump had a terrific year for JSU and is in line for more after the team’s top two scorers have left campus. Head coach Tomekia Reed is 78-37 overall (with a school-record .678 winning percentage) in four seasons, including 60-9 in SWAC play. JSU outrebounded opponents by more than 13 boards per game last year and held teams to just .350 shooting overall.

Louisiana (18-7 in 2021-22, 9-4 Sun Belt) – The Ragin’ Cajuns are paced by a strong backcourt that returns plenty of proven talent going forward. Sophomore Lanay Wheaton started 18 games as a freshman and scored 22 points in the team’s last game. Brandi Williams only played three games last year because of injuries, but the senior showed plenty of spark with 15.3 ppg. The defense forced more than 16 turnovers per game last year, but head coach Garry Brodhead will look for better decisions with the ball, as the team was minus-130 in assists-to-turnovers.

Texas Tech (11-19 in 2021-22, 4-14 Big 12) – The Lady Raiders have some intriguing new players heading to campus, and coach Krista Gerlich will look for some immediate contributions as the program’s top two scorers from last season (Vivian Gray and Taylah Thomas) have moved on. One of the nation’s most accomplished JUCO players, Jojo Nworie, will help in the frontcourt as an athletic, 6-foot-5 option. Two freshmen with strong prep credentials are also in the mix in 6-1 swing player Kilah Freelon and 5-10 guard Bailey Maupin. Grad transfer Katie Ferrell (UT Arlington) had multi-category impact in her previous four years and helps with backcourt size at 5-11.

Jackson State to play in WNIT